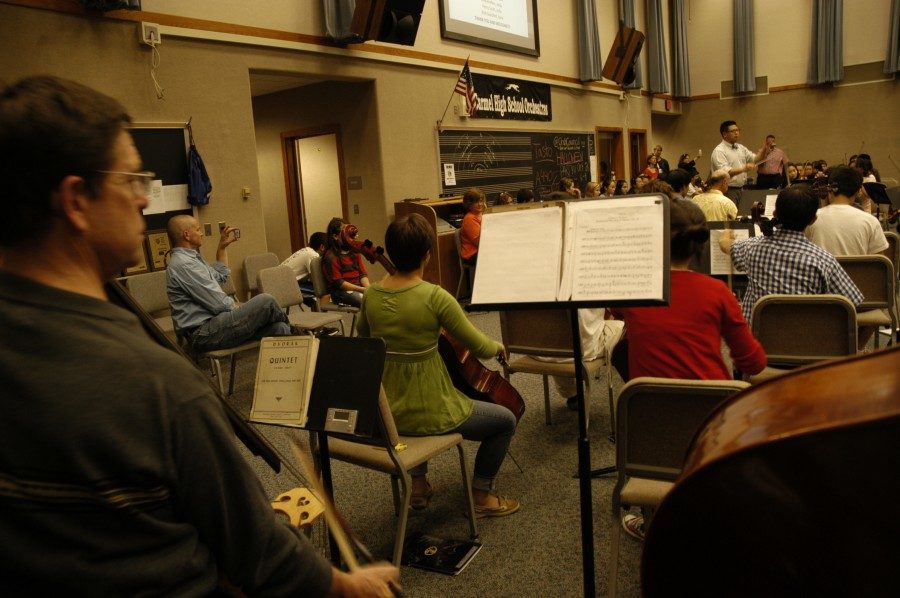 The Indianapolis Symphony Orchestra (ISO) attended a rehearsal by the CHS Symphonic Orchestra this past Thursday.  The ISO rehearsed pieces with CHS students and offered critiques on their playing.  The rehearsal took place in Room P100 and was open to anyone who would have liked to attend.

According to Director of Orchestras Soo Han, the financially troubled ISO received waves of support in the form of letters written by CHS orchestra students to the board of directors of the ISO.  Han decided to share these letters with several members of the ISO.

“It was important for me that the musicians know they have the students’ support,” Han said.

Oliver Shou, Symphony Orchestra member and sophomore, wrote a letter to the ISO.

“I wrote how…by shutting down the orchestra not only will the musicians suffer but the community as a whole,” Shou said.

A few members of the ISO then attended a rehearsal by the CHS Symphonic Orchestra “to give back and say thank you to the students for their support,” Han said.  Among the members who came were concertmaster Zach De Pue, violinist Michelle Kang, violist Amy Kniffen, cellist Perry Scott and contrabassist Robert Goodlett II.  They were set to co-play pieces such as Brahms’ Academic Festival Overture, Brahms’ Symphony No. 4, and Tchaikovsky’s Serenade for Strings.