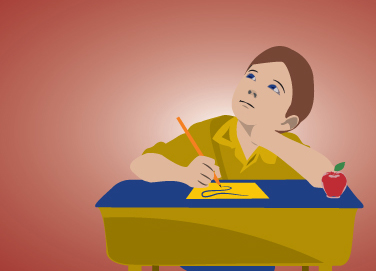 Sitting in a sparsely populated, teacher-less practice room for an hour and a half, senior Sasha Scott practices both her viola and how to be her own teacher.

Scott, who has been in orchestra throughout all four years of high school and the performing arts independent study course for two years, said she finds the independent class helpful in furthering her musical skills.

“It’s a practice room, so you just sit there by yourself,” Scott said. “Basically you’re the teacher of your own class, and you get checked on every once in a while, but not that often.”

Scott and other students like her who take one of the three independent study classes outwardly offered at CHS – performing arts, art and photography – learn in a very different environment from the traditionally structured classes of a teacher teaching and students listening. According to a TIME magazine article titled, “A High School Where the Students Are the Teachers,” written in March of 2013, studies have shown independent study classes are the way students learn best in any subject. Additionally, with the new opportunities this school has been granted through Senate Bill 189 that allow it more freedom from state standards and regulations, independent study courses could become a more common feature at CHS. However, some at this school don’t believe independent study courses are the best for every student.

“The best kind of students for independent study are students that have an interest in (a specific subject),” school psychologist Valerie Lambert said, “because if they’re not interested in it, it’s going to be hard for them to stay motivated to do it.”

Scott said she agrees with this assessment.

“I think it’s for people who actually have to be driven because if you’re like, ‘I’m going to take independent study to do homework,’ then you’re lame,” Scott said.

School counselor Bettina Cool said it is very unlikely for students to be fit for independent study in the core subjects of education such as math, science and English.

“I’m not sure that a lot of students are really at a point where they are ready for that independent study and that’s why I think it’s so rare because I think there are a great number of students who might get into that situation and think ‘free time’ instead of pounding the books and really learning,”  Cool said.

Along with being motivated to work, maturity plays a factor in whether or not students will be successful in independent study, according to Lambert.

“Students that are more mature are probably going to do better with independent study,” Lambert said.

Scott said this factor applies to her as well.

“I know that if I took independent study freshman year, I would have just sat around,” Scott said.  “So having three years of orchestra under my belt has helped me focus and know that I need to work and know that I have things to get done.”

While independent study is not for everyone, CHS does allow students to take an independent study course on any subject, according to Cool. However, the course cannot be one already offered at this school and the student must find a teacher to mentor them.

“There are times when a student may have more knowledge about a subject than even a teacher does,” Cool said.

According to Cool, it is very rare that a student may choose to do this because this school already has a multitude of courses to offer.

“In an area like math, we offer so much math, there isn’t really a need for (independent study courses), because there are probably only about 30 kids a year that get to our highest math course,” she said.

However, with the new opportunities offered to CHS through Senate Bill 189, this case could become less rare.

While Scott said she finds the performing arts independent study class helpful, she said she would not like to take other classes with this structure.

“I think for at least me and for how I learn, I think it’s at least better if a teacher teaches me.  I mean if I tried to do everything on my own, I would get nothing done,” Scott said.

However, Scott said because she takes both orchestra and an independent study course for viola, it helps her to learn how to play her instrument better.

“I’m more successful because I have both time to learn it and teach it to myself, but I think teaching it to myself only would not work,” she said.

According to Lambert, despite a majority of classes at CHS not being independent study courses, teachers use methods with similar concepts, such as the gradual release of responsibility method, to help students learn more effectively.

“Kind of a simple way to describe what (the gradual release of responsibility method) looks like is: first I do it, then we do it together, then you do it,” Lambert said. “It’s more the student taking responsibility for the learning and the teacher kind of just coaching them along, maybe, and the students really doing more of the learning themselves.”

Scott said she sees this method most in her orchestra class, but also in her past core classes.

“We do that a lot in orchestra class and rehearsal, also in anatomy with dissections and AP Lit with timed writes, probably math, too, with homework and such,” Scott said.

According to Scott, this method can act as a gateway to independent study courses.

For those who are fit for and take independent study, they can be better prepared for life after high school, according to Lambert.

“It sets a student up for success after high school,” Lambert said. “For college you have to take a lot more ownership of your learning and then just in life, being a lifelong learner and wanting to benefit yourself to learn things for the sake of learning things.”

Lambert, Cool and Scott agreed that independent study can be a positive learning method for those best suited for it.

Scott said, “It could be beneficial. I think it just depends on your learning style.”