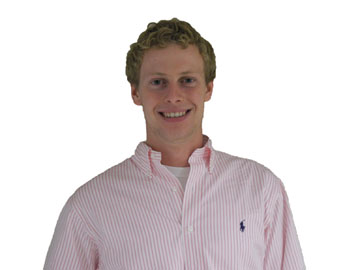 How long would you say you spend a week on CMYC?

Between 15 to 20 hours a week. During that time, I’d say about 50 percent is delegation. There’s a lot of coordination between 30 people, especially when you’re in an organization that is growing so fast. The other 50 percent is spent looking for more ways to get CMYC involved and to push the events that we are already doing.

What are your goals as president of CMYC?

CMYC has three main areas that I wanted to see expand. Number one is youth service. We do service projects about every week or every other week. The second thing is getting youth involved in the city from outside of the council. We do events such as “Music on Main Street” where high school musicians get to play their music and collect tips. We’re working on a project with the Indiana Design Center where artists from the school get to come paint a mural on one of the big parking garages. Also, events such as High School Night which is meant to promote youth involvement in the commerce of downtown Carmel. The third thing is getting a youth perspective on city government, whether that be our members go to city council meetings or bringing youth problems to the mayor or the council in general to let them know how we feel and what we want changed.

How do you think being president has influenced you, and how do you see CMYC as a whole?

Being president comes with a lot of creative freedom but also a lot of stress. It’s a balance between keeping up what’s already going on and trying to expand, and that’s something I did not anticipate coming into it. Task wise, I’ve learned to say no to a lot more things. You have to be careful which ideas you choose to pursue because there’s only so much time in the day. You have to pick the most effective ones, the things you feel will bring the most benefit both to your group and the community.