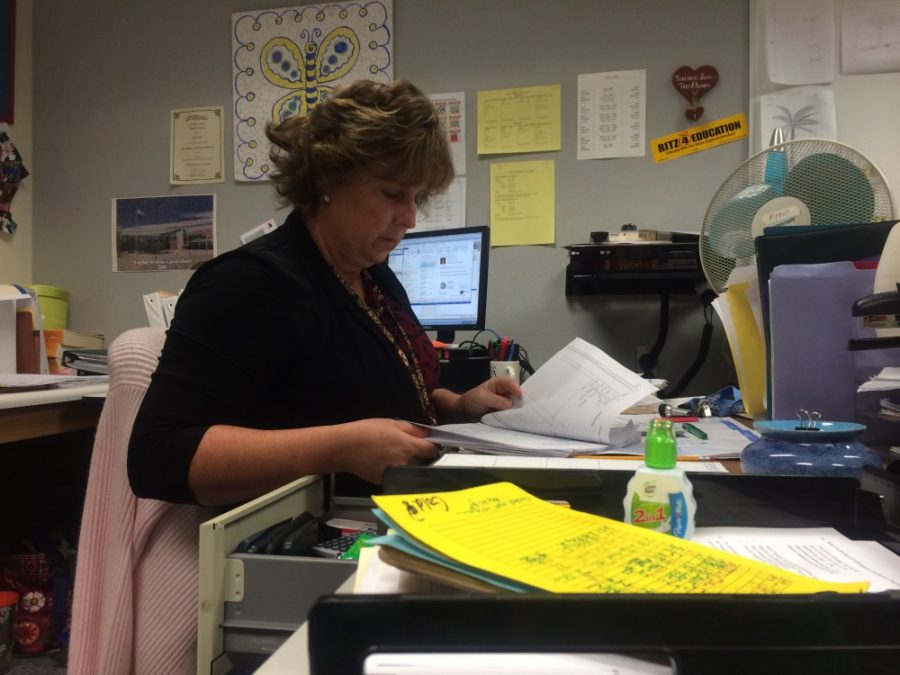 Sponsor Jill Noel works in her classroom during the day. She said, "I think that (the bake sales) don’t add a lot, but they do add money to our account." PHOTO / LAXMI PALDE

UNICEF will start planning a bake sale in upcoming club meetings, according to Janine Tang, club vice president and junior. The dates of the next meeting and the bake sale have not been decided yet.

Sponsor Jill Noel said running the bake sales is more laid-back and less time-consuming than the previous events the club participated in, but still adds to the overall funds.

Tang said, “I think (the bake sale) is probably one of the more simple ways that our club collects money.”

According to club co-president and junior Cynthia Wu, for bake sales in previous years, club members brought in baked goods to sell in the main cafeteria.

The proceeds from the sale will go towards the yearly total of money collected. These donations will be sent to the UNICEF parent organization. According to its website, the organization’s focus areas as of now include child survival and development, child protection, basic education and gender equality and HIV/AIDS.

Tang said, “I think you could say every dollar counts. Even if you are just a student from Carmel, IN, what you do here can make a difference somewhere else in the world. And it is pretty awesome to see that.”