School to administer Organization for Economic Co-Operation and Development (OECD) Test for Schools on Feb. 26 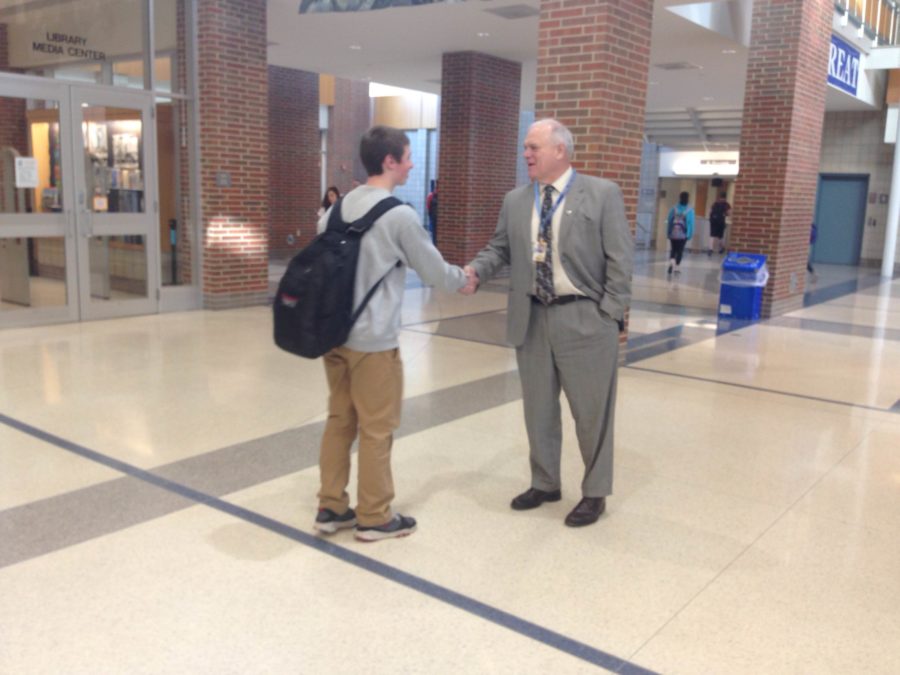 Principal John Williams talks to a student in the hallway. Williams said the school is preparing for the administration of the Organization for Economic Co-Operation and Development (OECD) Test for Schools. CLAUDIA HUANG / PHOTO

The school will be administering the Organization for Economic Co-Operation and Development (OECD) Test for Schools on Feb. 26 to 85 CHS students, according to Principal John Williams. The results of the exam compare our school to other similar schools around the world, both nationally and internationally.

Williams said, “It’s our first time doing it, so we’re anxious about to see what kind of information we get back. It’s more of feedback.”

According to Assistant Principal Karen McDaniel, who is in charge of testing, the OECD selected our school to participate in this assessment. The OECD also administers the Program for International Student Assessment (PISA), which is used to determine the United States’ ranking in math, reading and science in comparison to other nations.

Williams said after being selected, the school submitted the names of all the 15- and 16-year-olds at CHS, and the OECD randomly selected 85 students to represent the school. On Feb. 6, the school mailed letters home to notify parents of their child’s selection for the test.

McDaniel said the test is over math, English and science and includes a student survey over engagement and school culture. Students taking the exam will not be associated with the results and their academic records will not be affected, as the results are only school level, not individual.

Student body president George Gemelas said he is looking forward to seeing the results from the OECD test.

Gemelas said, “By having an autonomous corporation facilitating the test, it will be an objective way to see if our school is actually doing well, which I think it is, but it would be good to have the data to see how we can improve.”

Additionally, the state has changed requirements for the ACCUPLACER exam. McDaniel said sophomores who received scores of 41 or below and juniors and seniors who received scores of 46 or below on the math or critical reading sections of the PSAT and students except for freshmen who did not pass the English 10 or algebra 1 End of Course Assessments (ECA) exams will have to take the ACCUPLACER.

For more information about the ACCUPLACER exam, click here