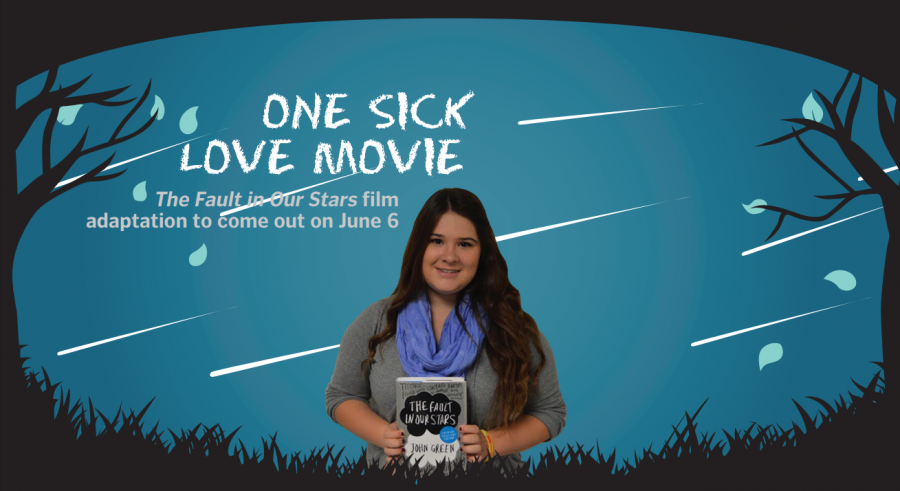 Junior Abby Fields said she started reading John Green novels when she was in eighth grade, starting with Looking for Alaska.

“I read a couple more after that, when I realized he was a good author,” she said. Fields said she considers herself a huge fan of Green’s work, especially his 2012 novel The Fault in Our Stars about a terminal cancer patient named Hazel and her battle against time to experience life and love.

Fields can find herself in good company. According to a 2013 USA Today article, the novel sold nearly a million copies in its first year of publication, and young adults around the globe are looking forward to the film adaptation, which will reach theaters June 6.

Fields said she expects the cast members to play a big role in the movie’s success based on their ability to successfully capture emotions.

“I really like the casting. I think Shailene Woodley is actually good. I know some people don’t think so, but she (was nominated for) a Golden Globe for a reason. She’s a good actress. She’ll show real emotions, not ‘Twilight’ emotions. … I’ve seen preview pictures of her really emotional, like crying her eyes out, and that looked good,” she said. “For Ansel, I like him too, although it’s going to be weird because I saw ‘Divergent.’ He played Shailene Woodley’s brother in that movie, and now he’s her love interest in this movie.”

In 2013, addressing reader’s concerns that Woodley looks different from how Green described Hazel, Green released a statement saying he was unconcerned about the cast members’ physical appearance, and the most important thing was how well Woodley understood Hazel’s character.

“I am not particularly concerned with physical looks; Hollywood can fix that stuff,” he wrote. “I’m concerned with whether she can embody the voice and experience and life of Hazel. She can.”

Although Fields said she expects to see differences between the book and the film, she said she still looks forward to seeing the movie when it comes out.

Fields said, “The book actually takes place in Indianapolis, and I’ve visited some of the places the main characters go, but they’re filming in Pittsburgh, so it’ll be a little bit different.”

According to IB Film teacher Jim Peterson, film producers sometimes have to change or remove parts of the storyline when they adapt from a novel.

“You can’t do the entire novel start to finish,” he said. “There are some things you have to exclude just because of time constraints.”

Peterson said directors also face other challenges when changing from book to film.

“Switching those media is really challenging,” he said. “Giving visual elements to the novel (can be difficult), because a novel can create a visual element in your head, but it may not be what the director comes up with, and it may be a different version of what you see. Sometimes it can be better.”

For Fields, the most important criteria for whether she enjoys a movie is not how closely it follows the exact details of the book, but how it conveys the book’s main message.

“The Fault in Our Stars” producers will probably create a film that captures the novel’s best and most important elements, according to Fields, because of how involved John Green’s fans can be.

“Too many people are invested in the movie for it to turn out badly,” she said. “I thought in ‘The Hunger Games’ and ‘Catching Fire,’ people were so into that, and those turned out pretty well. I think the movies only turn out badly in books where they don’t have as much funding, or when people don’t care about it as much, so (the directors) think they can get away with changing the plot.”

As for Peterson, he said he wanted students who plan to see “The Fault in Our Stars” to keep an open mind about the movie instead of being upset the producers might leave out nuances from the book.

“Just keep in mind that (the book and the movie) two different media. There are trade-offs, things you can do in a novel that you can’t do in a film and things you can do in film that you can’t do in a novel. My wife is very closed-minded when she comes to watch films with me. She’s read all the Harry Potter books, and when we went to see the films, she was furious this got left out, furious that got left out, and I kept saying, ‘It was okay. The story got communicated.’ We may not have gotten, for example, that whole backstory of the centaurs in the forest, but we understood that they were there and why. Just keep an open mind about it.”