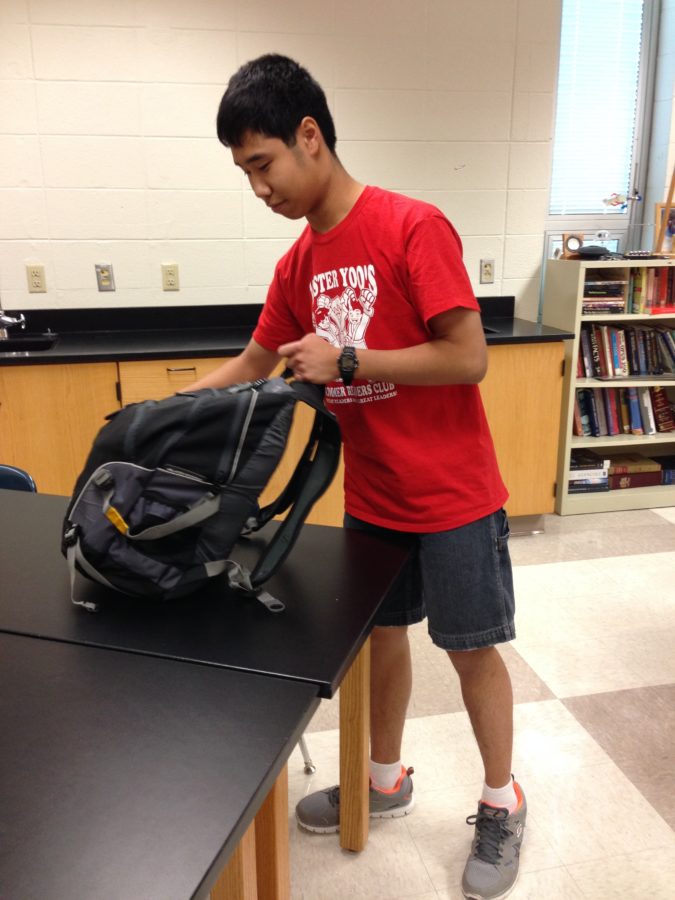 Ryan Jou, Chemistry Club president and junior, gets textbooks out of his backpack. According to Jou, the club plans to make magic sand at the next meeting.

Chemistry Club plans to meet on Oct. 27 in Room B208 after school, according to Ryan Jou, club president and junior.

Jou said there is a special activity planned for the next meeting.

According to club sponsor Virginia Kundrat, the club’s main goals for this semester include doing demonstrations for school-aged children and getting ready for the Chemistry Olympiad.