Welcome to the Club: Rise in club teams leads to student athletes opting out of school athletics 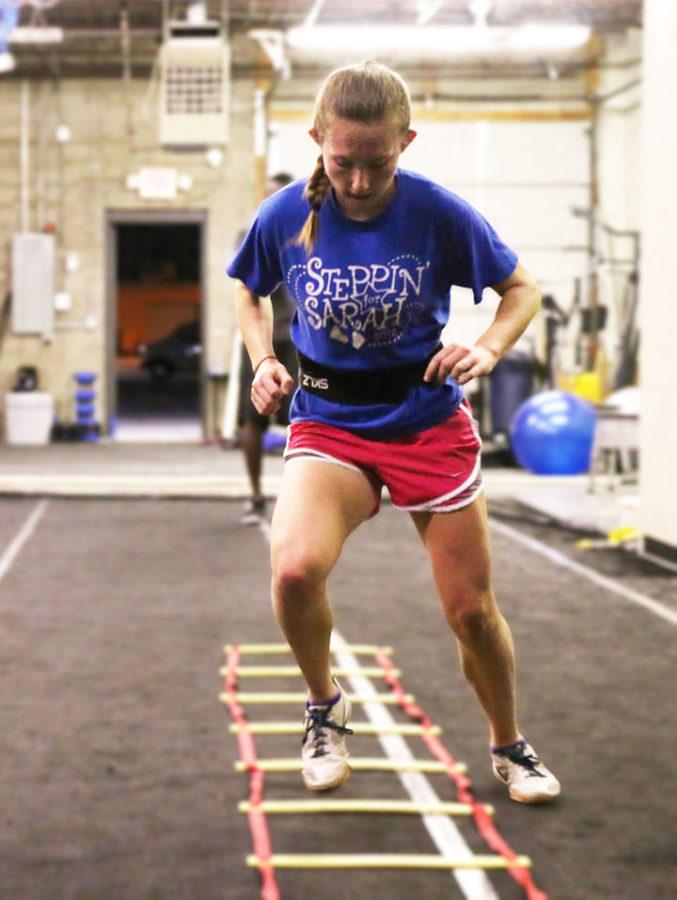 Junior Stasia Mallin practices her skills for her club team. Mallin said the benefits of playing for a club team outweigh those of a school team.

Last year junior Stasia Mallin made the decision to give up school soccer to strictly play club ball. According to Athletic Business, a magazine geared toward the sports industry, a growing number of athletes like Mallin have to make the same decision about the sports they play and where they play it. The school seasons and some club seasons overlap, not allowing student athletes to play both. Mallin said the benefits of the club outweighed those of the school team.

“Playing club soccer makes it easier to be recruited by college coaches because you travel to more tournaments out of state and you have more time to practice. Club soccer also allows me more time to study because I don’t have practice right after school every day,” Mallin said.

“In some cases, club sport coaches have successfully convinced athletes that they should not play school sports, but rather just concentrate on the club sport,” he said. “Overall the number of students is not large. For some coaches however, it is frustrating for an athlete to not continue in a school sport where the team was counting on them to fill a particular role.”

Unlike Mallin, Olivia Christy, sophomore and basketball player, participates in school sports. She said she is able to play both club and school sports and enjoys the benefits of the school team.

“Playing school ball is great because you know you’ll get to play every day and there are more coaches available to make you better. I get to spend a lot more time with teammates and coaches,” Christy said.

Athletic Business said soccer has been hit the hardest with athletes having to choose between the school and club team, and athletes are not getting the high school sport experience. Wolf agreed that soccer has been hit the hardest, but said there are other sports in the same situation. He said, “It occurs most frequently in soccer, but also has happened in individual sports such as golf and tennis. Some of biggest benefits on playing on a school team are being able to play in front of friends and peers, and represent your school and community.”

Mallin said she enjoys playing for her club team but she sometimes feels as though she is missing out on the high school team experience. Unlike school players, Mallin doesn’t compete in state tournaments and is constantly traveling on weekends.

“I feel left out because high school soccer was so much fun last year and it’s hard not being able to do it this year and having to choose one over the other. I still am good friends with everyone on the team but I definitely miss the experience,” Mallin said.

For Christy, not only is playing school basketball enjoyable but it also offers her the chance to play year round and allows her to become a better player. She is able to play with girls of all different ages and experience tournaments such as Sectional that club athletes don’t get to take part in.

“I feel as though I get a lot better and smarter during school season because I am playing with girls (who are) potentially two years older than me,” Christy said. “It is a much greater commitment because we practice every day after school and sometimes before school during the season, but we get to travel to college camps together and play in a league over the summer.”

Both Mallin and Christy said they see the benefits of both club and school sports. For Mallin, playing club ball is offering her more chances to play in college and outweighs the benefits of high school athletics.

Mallin said, “Playing club will help me because coaches will be able to see me play that may otherwise not get the opportunity to. I also am training more on my own which teaches me to be more independent and responsible. Although school soccer was really fun, club soccer benefits me more.”