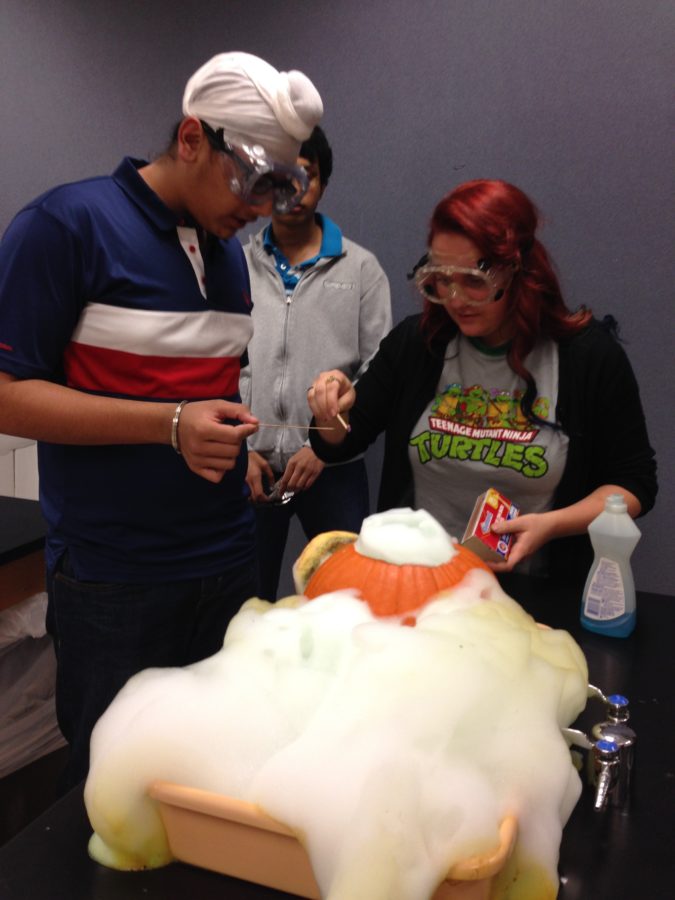 Chemistry Club members conduct demonstrations during a meeting. According to Ryan Jou, club president and junior, upcoming events for the club include demonstrations at elementary schools and preparing for the Chemistry Olympiad. SREYA VEMURI / PHOTO

Chemistry Club plans to have it next meeting on  Dec. 8 in Room B208 after school, according to club sponsor Virginia Kundrat.

According to Ryan Jou, club president and junior, the club plans to conduct demonstrations at the next meeting.  In addition, he said upcoming events for this semester include doing demonstrations for elementary schools.

Jou also said the club plans to prepare for the Chemistry Olympiad, which takes place next spring.