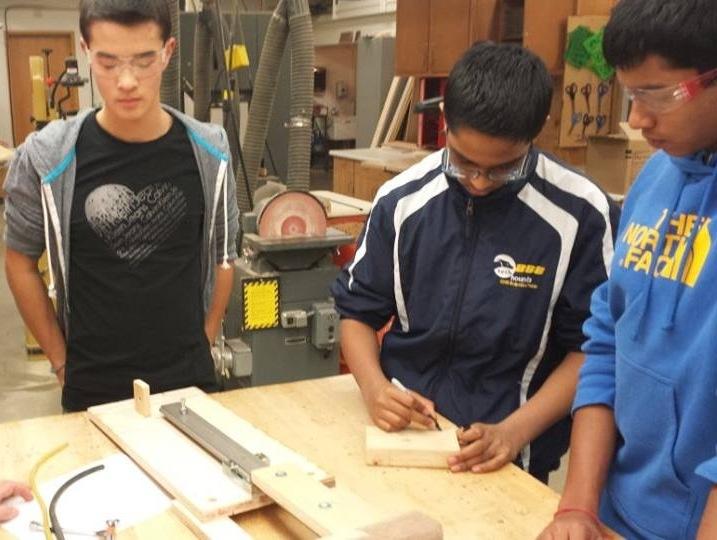 TechHOUNDS, this school’s robotics team, kicked off their build season on Jan. 3. Since then, members have been meeting every day after school for about 3 hours.

the team in a good spot. According to TechHOUNDS member and junior Atif Niyaz, the TechHOUNDS game objective is drastically different from that of past year’s.

During the first week of build season, members prototyped different ideas for the robot design. The game objective is to move storage boxes and stack them. Coghlan said, “The game is different from other ones because all that matters is defense. We don’t have to interact with opposing teams at competition.”

TechHOUNDS already has two basic working robots. Niyaz said, “The robots can already stack the game pieces on top of each other. Next, we want the robot to be able to stack a recycling bin and fill it with litter.”