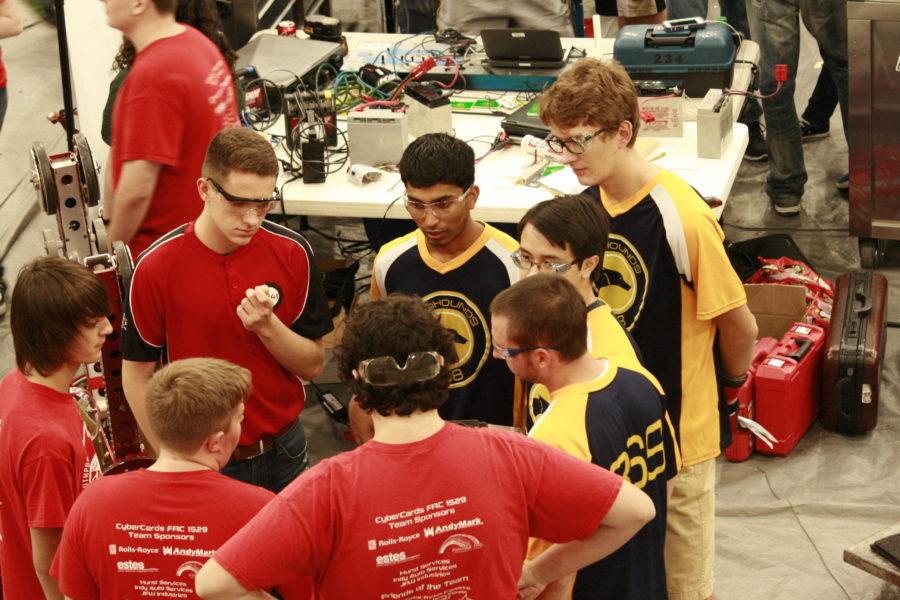 TechHOUNDS, this school’s robotics team, competed at their first district competition on Feb. 17. They placed 6th overall. TechHOUNDS assistant and Engineering teacher Sid Swartzendruber said the team has made incredible progress since their season kick-off. According to TechHOUNDS memberand junior Atif Niyaz, the competition was different from previous years.

This year, the winning teams were based on scoring averages instead of numbers of wins and losses. Carmel’s TechHOUNDS team was seeded 17th overall, so it was not an alliance captain. However, they were selected by the 6th seed to form an alliance.

Niyaz said, “In the first elimination rounds, we played two matches. These were crucial because we didn’t score high, we wouldn’t move on. The requirement was to be in the top 4 scoring alliances.”

The next TechHOUNDS competition will be the Purdue District Event on March 19.