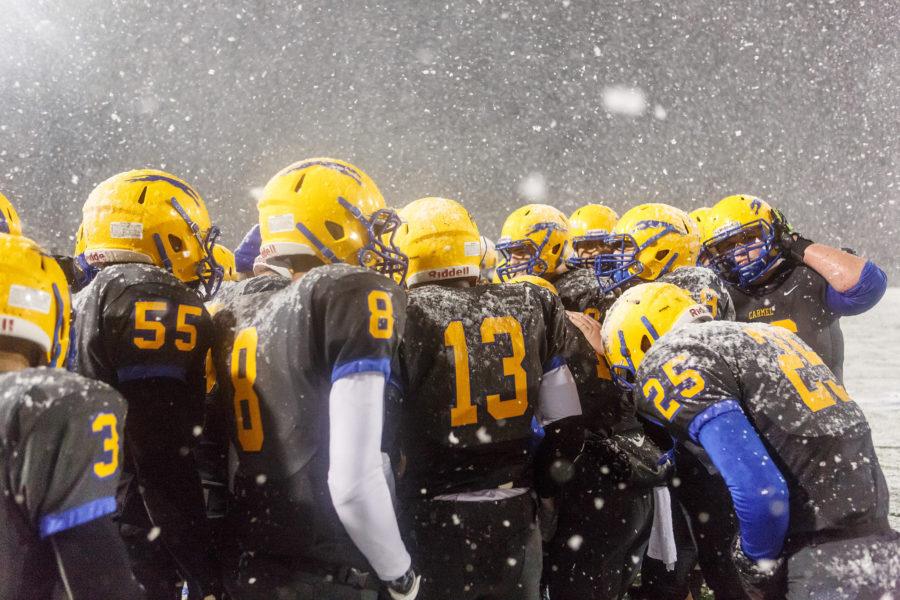 Following the announcement that John Hebert would take over for Kevin Wright as the new head football coach, HiLite reporter Shiva Vallabhaneni sat down with Hebert and asked him a few questions.

This year you were named head coach. How does that process work?

Coach Wright resigned and took the position at IMG Academy in Florida, and I was actually in Italy coaching, and I found out about it so I expressed interest. When I got back, I worked, putting together my resume. and then they stopped accepting resumes on April—might’ve been the 22nd. Then they decided who they wanted to interview, and I was one of them. They just kept doing that until they got it down to two. I was one of those two, and I fortunately was selected out of those finalists.

How did you feel after you were selected?

Oh, it’s an amazing feeling. I put a lot into getting the job and not so much in what it would feel like once I got it, so I was a little bit in disbelief for a little bit. Then they announced it to the school, and I just started getting a lot of positive feedback from people. It’s just been an amazing thing, and now it’s time to get to work.

What do you think the players’ viewpoint is on you becoming coach?

I hope that in a short amount of time, the players who haven’t worked with me and I haven’t worked with will get an understanding of where I’m coming from and where others are coming from. When you’re working with that many people, it’s about understanding each other, developing trust and developing relationships. A team this size, it takes a lot of work to have people feeling that way about each other and about their coach. We started that already. We are trying to be positive, trying to get better. That’s just what we are going to do on a daily basis. I think a lot of the people who I’ve worked with—I’ve worked with the offensive guys, too (Hebert was previously the team’s defensive coordinator)—they know that’s what I’m about and I know that’s what they’re about, too. I think it’s going to be a great relationship.

Will there be any changes in how you run things next year?

What do you want to do differently to give that extra push to win State next season?

You can only do a day’s work one day at a time, and while our goal is to win the state championship, there is no doubt about it that we need to get better today, get better tomorrow and really critically look at that. I do think that we’ve got to set our sights to finishing what we didn’t finish the last two years. We’ve got to be very focused on getting steadily better, or we won’t even be into position to do that. I believe we are going to establish an environment where our improvement is steady and substantial. Then, when it comes time, we can perhaps reach our goals, we are going to be ready for it.

Many people who go to the games only know the head coach’s name and not anyone on the rest of the coaching staff. How do you think you will live up to that “head coach” position to the public?

I’ll be honest, that doesn’t interest me very much. I’m more concerned with how our players feel and perform. This is an operation with a lot of people, so I’m going to lead, the only way I know how, the best way I can. I hope we can get to the point that people look at what all these coaches are doing, and we have a great number of truly professional coaches and every one of them brings something special to the team. My job is to pull it all together, and I’m only one person. I’m definitely not into this to get recognized.

What will be your season goals for next year?

We need to work hard and improve at a steady pace, and to be in a position to play our best football by the time the playoffs get here. If that’s the case, I know we’ll be in contention to make a run at a state championship, which is always our goal and specifically our goal. Can’t talk about the state championship; that’ll set your sights far ahead. You set your sights today and what you can do today to make ourselves better and put ourselves in position. It’s coming to work every day.