Students to run in Drumstick Dash for charity on Thanksgiving morning 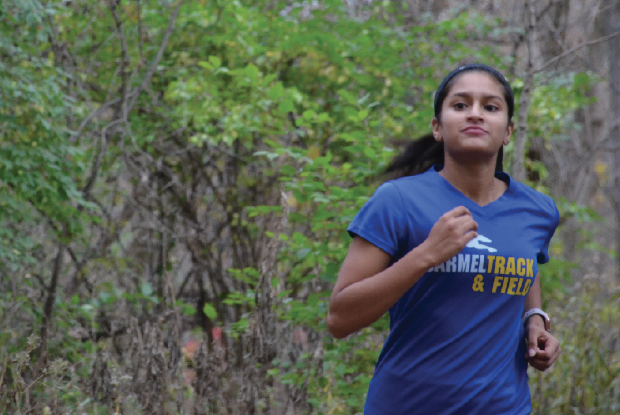 On Nov. 26, there will be an estimated 16, 750 runners that will line up together in Indianapolis to run the annual Drumstick Dash. At this 13th anniversary run, the Drumstick Dash will entail three separate races: a 4.6 mile competitive run/walk and a 2.5 mile fun run/walk for a $28 registration fee plus a “lil’ gobbler’s” run at no cost.

Sophomore Jaanvi Bisariya plans on running one of the three races scheduled on Thanksgiving for her first charity run. Bisariya said, “I like running for the people and it feels great that I can do something for someone.”
The run will begin at Broad Ripple High School at 9 a.m. This year, the run will bring back the “special turkey hats.” Runners who collect these hats along the course may keep the hats as souvenirs. Furthermore, there will be a 6-foot tall turkey. The first runner to catch the turkey will win a prize.

According to Wheeler Mission,  the organization that hosts the annual event, more people are choosing to spend Thanksgiving morning running through the streets of Indianapolis than staying at home and enjoying time with family. Although Bisariya’s family will not be running with her, she said her parents support her and are proud of her decision for a simple reason.
“I like running and it’s a good cause,” she said. “Even though it’s on Thanksgiving, that doesn’t really bother me. I want to do a diabetes run, a breast cancer run and an ALS run, so I just thought starting with the Drumstick Dash would be a good experience.”
Bisariya’s thoughts are backed by Steve Kerr, Drumstick Dash founder and director. He said that every penny the Drumstick Dash makes goes to providing shelter and feeding the homeless.
“You get to spend great quality time with family, you get to burn off enough calories for a free slice of pumpkin pie and most significantly you get to help the homeless,” Kerr said. “Most people don’t realize that Thanksgiving is the most popular day for running events, and I think our community in central Indiana really cares about the homeless.”