A.C.T. to participate in WRAL tournament on Jan. 30 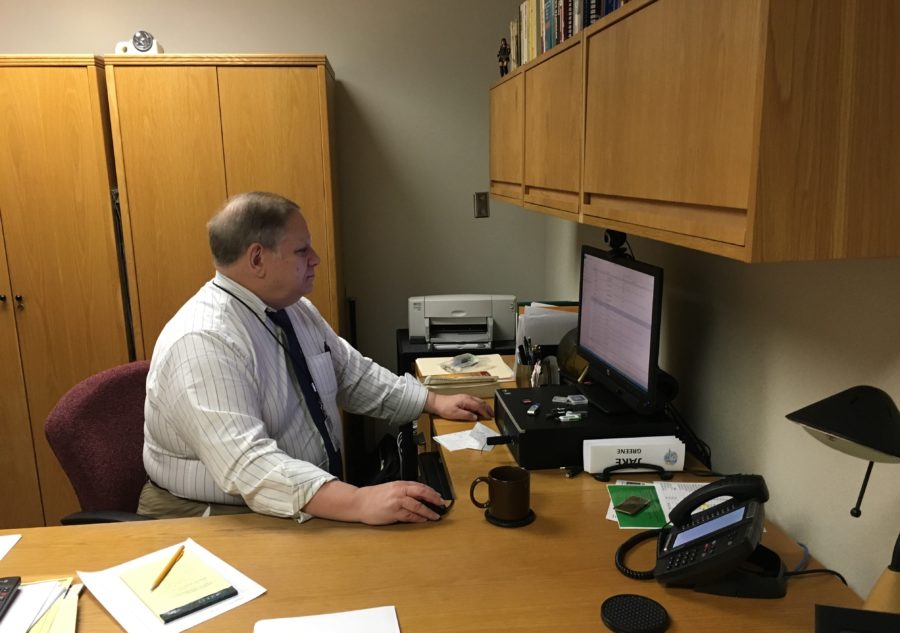 A.C.T. coach John Shearin sits at his desk, looking over notes from recent academic competitions. He and the team are preparing to defend their WRAL championship title in the tournament on Jan. 30. ADAM STOCKHOLM / PHOTO

According to A.C.T. coach John Shearin, the team most recently traveled to Broad Ripple High School on Jan. 14 for a varsity match. The CHS team won 61-33. This was the last regular match of the season for the team, and, according to Shearin, they are now focused on defending their WRAL championship title from last year.
Sameer Leley, senior and A.C.T. member, said the game itself is “Fast-paced (and) competitive. You have to be on the top of your game, so right now, I just keep practicing.”
The team also competes in other competitions besides the WRAL. On Feb. 17,  the students will travel to the Channel 13 studio to film the second round in the elimination-based competition “Brain Game”. The first round featuring CHS aired last month, but is available online at the WTHR website to stream right now.
According to Shearin, CHS students should check out the broadcast online because he believes the A.C.T. deserves recognition for their hard work.
He said, “I was very pleased when we went down to Channel 13 this year. The team and I met in the library and were walking out to the lobby when John Williams came running out of his office to catch up with us just to wish everyone well and share good thoughts. I thought that was nice of him to recognize the team, because they deserve it.”
Delete Image
Align Left
Align Center
Align Right
Align Left
Align Center
Delete Heading