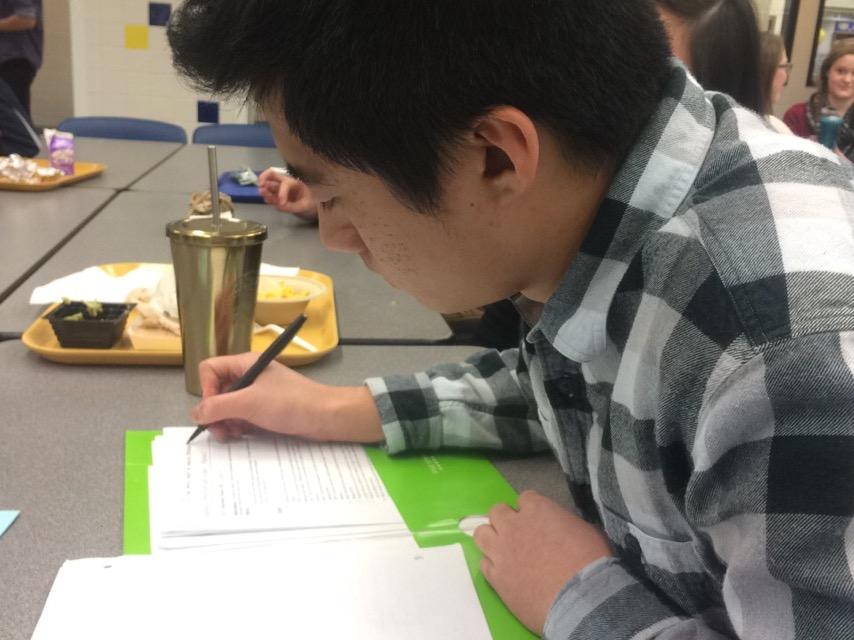 TechHOUNDS, this school’s robotics team, kicked off their build season on Jan. 9 with the For Inspiration and Recognition of Science and Technology (FIRST) Robotics Kickoff. This event took place around the world at the same time and provided all teams with the 2016 season game.
TechHOUNDS head mentor James Bonewit said the team has been effectively training rookie members for season. According to TechHOUNDS member and senior Stanley Liu, the team has building by separating into components based on different tasks.

At the start of each season, a game is announced. The game field will have castles on each side with each castle protected by a wall with 5 defenses. There are 8 possible defenses: one is preset, one is chosen by the audience and three are chosen by the team.
According to Liu, the goal of the game is to cross an opponent’s defenses and capture their castle by shooting boulders into their castle. He said, “My team, robot operations, is focusing on shooting the ball into the goal.”
TechHOUNDS has high hopes for upcoming competitions. Liu said, “This season is better than past ones because (this year) a lot of rookie members are being encouraged to become more involved so they’re becoming more integrated into the team and that’s added a lot of value to us as a whole.”