In order to uphold last year’s tradition, House of Books members plan to hand out books on April 10 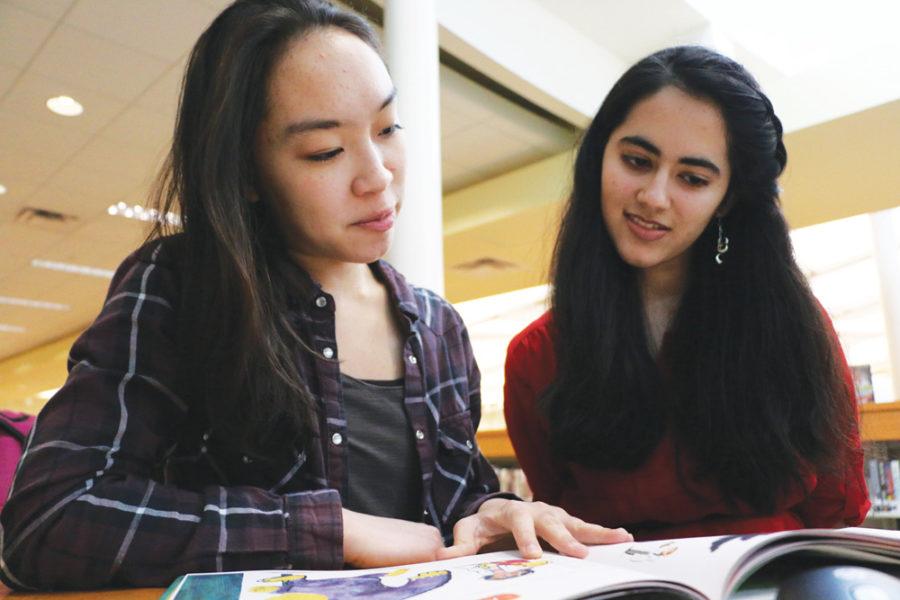 House of Books members will set up a stand at the Carmel Clay Public Library on April 10, where they will pass out books to people who walk by.

Club members have reached out to many publishers and book distributors to receive book donations. They have also raised money since the fall of last year for the event. The club’s mission is to spread literacy in the community in a unique way. Last year, club members passed books out to people on the Monon Trail on World Book Night, which took place on April 23.

Sarah Tinaphong, club co-vice president and senior, said, “We just had so much fun being able to share our love for reading … and I know we had such a great response from everybody that day. Everyone really enjoyed the fact that we were spreading the love of reading and reminding everyone to keep on reading.”

Theresa Ramos, club sponsor and media specialist, said, “The girls (in the club) thought they really liked the idea of the promotion (of books) and everything, and the idea (for this year) was that even though some people might argue that Carmel isn’t an area that doesn’t necessarily need to have a big literacy push it’s not like we don’t have students who could benefit from such a thing. But there are far fewer than maybe other communities.”

Tinaphong said she believes club members will keep the tradition of World Book Night the same, while also incorporating the club mission statement through this event.

“I think that even though (Carmel Book Night) is similar to World Book Night, one of our plans this year was to give out larger sets of books to people so they can keep on distributing beyond our reach. So, essentially, if we were to give a person 10 books, then they could give it to 10 different people,” Tinaphong said.

There is a concern about it being at the end of spring break, but Tinaphong said she is optimistic about the event.

Tinaphong said, “I think it’ll be really good. Seeing how World Book Night went last year, I’m pretty sure it will be very well received, and I think people really enjoy that we are doing this for the community.”