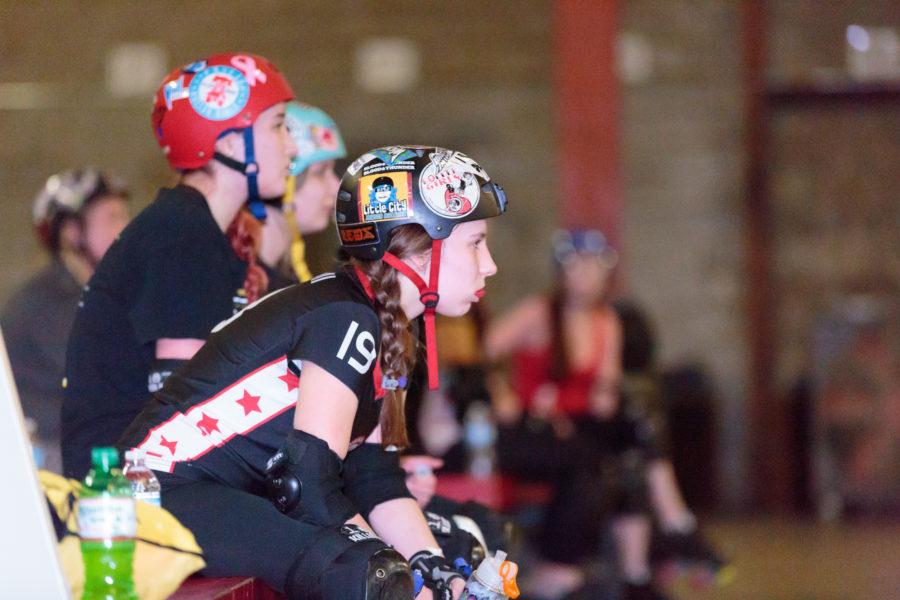 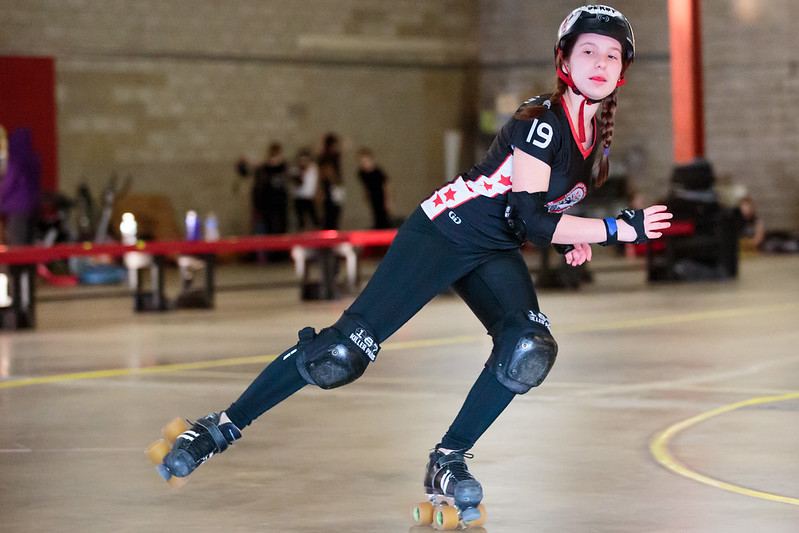 How long have you participated in roller derby?
I have played for five seasons.
What is the hardest part of a roller derby competition?
The hardest part of roller derby is the physicality of it. ‘Cause the position I play, (I’m a jammer) I’m in charge of scoring all the points, so when I’m out and I’m in the first jam of the game and I’m in charge of scoring like the first five or 10 points, there’s a lot of pressure to be able to accomplish that for your team and also like stay physically capable of being able to provide for your team.

What differentiates roller derby from other sports?
Well it is one of the only female-dominated sports we have in this country, in this world even. And it’s one of the only female full-contact sports that you can play as a girl unless you count , like, hockey or rugby. So it’s very unique in that aspect. Also there’s just something special about the camaraderie of it all. Because I am so close to the girls on my team, we are all, like, sisters and I’ve never seen anything like that in other sports. I’ve played other sports and I’ve never had the kind of emotional connection with it like I had with roller derby.

What is your favorite part about being a member of “Indianapolis Roller Derby?”
It’s the sisterhood part. I mean I come in on Tuesday and Thursday nights – yeah I can’t go to football games, I can’t hang out with other people on Fridays. What they don’t understand is that I’m hanging out with 20 of my best friends, twice a week and that’s something that’s just awesome.

How did you get into roller derby?
When I was in sixth grade, my friend Laney Thompson sat me down at her lunch table and she was like, “We are having tryouts for my roller derby team and you should really come and try it out.” And I was like, “Yeah, okay, sure.” And I went and I was like, “oh this is pretty cool,” and then I went to an adult game and I was like, “what have I gotten myself into? But I was hooked on it, so I had to try it.”

Do you have a nickname on your roller derby team?
I do; my nickname is SUEnami. Like a wave, no one ever gets that. When I go to practice everyone calls me Sue. I have other friends, they are all really fun, and are based around puns.
Everyone has an alter ego when you go. ‘Cause at school I’m kind of shy, you know, I don’t talk a lot. When I’m at derby, I’m like screaming, I’m yelling, I’m very abrasive, I guess you could say, and I have a big leadership role on the team. I used to be so shy when I was in elementary school and my mom would have babysitters and it’s like a complete 360 switch in my personality.

How do you plan to continue with roller derby in the future?
I would love when I’m in college to play on a women’s team or even when I’m older be able to coach on my own. I’ll see what happens.

Can you explain how a roller derby competition works?
You have obviously two teams and from each team at a time you have five people on the track. It’s played on an oval-shaped track and the whole game is called a bout and the bout is an hour long, you split up into two halves, two 30 minute halves, and in each of the halves you have jams and the jams last two minutes. And so within each game, like I said before, you have five people on the track at a time. You have four blockers and one jammer. The blockers are in charge of helping the jammer get through the pack and also stopping the other jammer. And the pack is everyone together. Usually it starts with the blockers are a little ahead of the jammers and the jammers have to go through the pack which is basically just a big blob of girls. So the jammers are the people who score the points. And the pivots are the people inside the pack. And they’re kind of the captains of the team of those four people and they tell everyone what to do and they direct what’s going on. Once you pass an opposing player’s hips, that’s one point. So as a jammer I’m trying to get around the track as many times as possible so I can pass as many people as possible. When I get through the pack, that’s five points for me

How do practices for roller derby typically work?

Well everyone comes, and we all have to gear up ‘cause we all have to wear certain equipment and warm up stretch. There’s a lot of endurance and muscle building workouts because there’s a lot of skate endurance. We do a lot of drills, a lot of strategy drills, cause it’s a very strategic game. Well yeah lots of endurance drills, lot of cardiovascular drills and at the end, a cooldown stretch. We always do a team cheer at the end.

If any of the readers reading this publication want to get into roller derby what would you recommend they do?

I would definitely recommend they go to a game and they see how it works because you can look at games on the internet or like get advice from other people but it’s not the same unless you see it happen cause you kind of get a feel for it. Or you can like go online and look at team websites and see what it’s all about.

Do you guys have a rival roller derby team?

Well there are a lot of roller derby teams in Indiana. Maybe like Cincinnati, ‘cause we are pretty evenly matched. In the roller derby community, like I go to a game, to a bout and everyone is in like the competition mode. But after the game is over, you are friends with everyone, you get everyone’s phone number and Instagram. It’s like you’ve made all these new friends. It’s a very tight knit community; there’s not a lot of anger I guess.