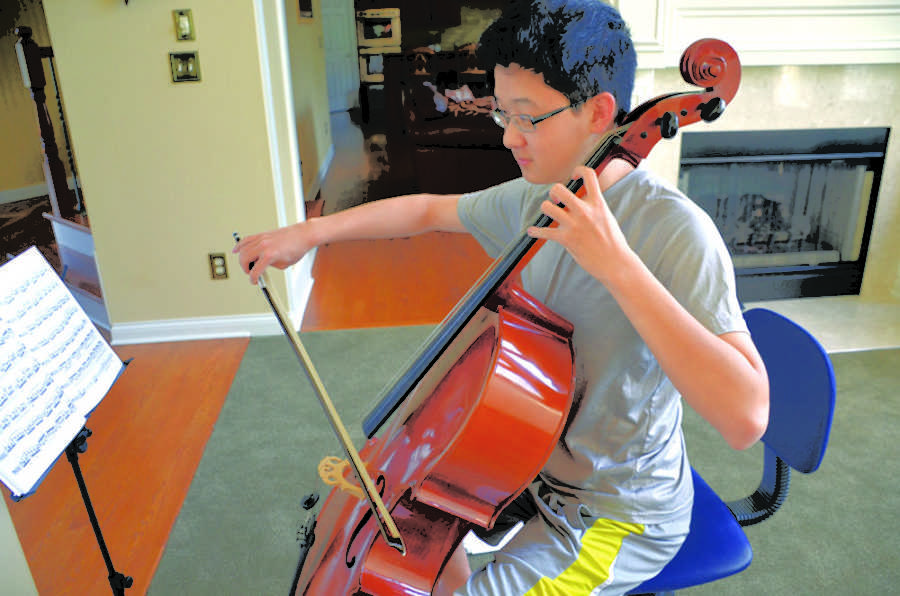 Soo Han, former Director of Orchestras, will take a year off from CHS to begin his doctorate at Orchestral Conducting at Michigan State University.

As a result, positions have changed within the conducting  staff. The orchestra program has found a new conductor, Tom Chen. Chen will be the new Associate Director of Orchestras and will primarily be responsible for teaching both the Symphony Orchestra and Camerata Orchestra.

Ohly-Davis said that the orchestras have much to look forward to with Chen and the knowledge he has to offer the program. According to Ohly-Davis, Chen has personal experience with the CHS orchestra program.

She said via email, “We expect to have an amazing year with Mr. Chen. He is an alumnus of CHS and the orchestra program and a fantastic musician. It is hard to say what gifts Mr. Chen will bring to improve the program at this early date. We selected him with the expectation that he will be able share his excellent musical ideas with the students to be able to sustain the success of the program as usual.”

John Wang, Symphony Orchestra member and junior, said via email, “I hope Mr. Chen will be as good if not better than Mr. Han. I also hope that Mr. Chen will put a different spin on things and change up the atmosphere in the classroom.”

Expectations for Chen are great, however, there are some things that cannot be replaced with Han’s absence.

Wang said, “I really liked Mr. Han’s charisma and the expectations that he brought to the table. One irreplaceable thing that I think is irreplaceable was his Korean innocence and is frank style of humor. I think Mr. Chen will be successful because he has already been through our program so he will know what to do. He also has teaching experience under his belt.”

Austin Hartman, Philharmonic Orchestra member and junior, said, “I believe that Mr. Chen will not replace Mr. Han, but he should be able to fill the hole of his absence. Mr Han is not truly replaceable because of his enigmatic personality. He is always there to get a smile on a students’ faces and his general knack for lightening the mood is one of a kind.”

According to Wang and Hartman, the charisma and the enigmatic personality Han possessed could be felt by not only the students, but also the teaching staff. Ohly-Davis said she agrees with this sentiment.

“Mr. Han has a special brand of inspiration and a very personal way to communicate with students that will be greatly missed,” said Ohly-Davis. “He is an ever-curious musician who continuously researches and finds other inspiring people to be guests in the orchestra program.”

Even with the introduction of a new teacher, the orchestras will still work as hard as they once did with Han.

Ohly-Davis said, “In the Carmel orchestra program, we have some very specific expectations of all of our students during class, while taking playing exams, and on the concert stage that will not change in Mr. Han’s absence.”

Under Han, the CHS orchestra program was able to claim the title of 2016 ISSMA State Champion.  Their Philharmonic Orchestra was also able to place as 2016 ISSMA State Finalists. Ohly-Davis is confident that the program will be able to have another year with similar success.

“We expect to have another highly successful year in all of the orchestra classes,” said Ohly-Davis. “The goals in all orchestras remains the same: serve the music by preparing yourself to know all the notes, rhythms, and bowings, be emotionally involved, and be prepared to show your best work.”

All in all, the orchestras hope to see another good year come by. According to Wang, this will be a great opportunity for the orchestras because members will be able to see a new style of teaching and playing.

Even so, the orchestras are still anticipating Mr. Han’s return. According to Hartman, some members may only see Chen as a necessary person on the staff,unlike Han. Chen is not yet fully accepted as students have only just met him,” said Hartman. Still, hopes run high for the new teacher among the students and staff of the orchestra program.

Hartman said, “I expect Mr. Chen to be a good leader who will keep our orchestras at their peak levels just like previous years. He obviously has plenty of experience so we should expect plenty of success. However, all the students know that in just a year, Mr. Han will once again be around to lead us through our daily orchestra lives.”

Ohly-Davis said, “We will miss Mr. Han a great deal, but he put together a fabulous infrastructure in the orchestra program that will keep all of the orchestras running smoothly and playing successful concerts during his year away.”