Accents and Ambassadors prepare for performance at Disney World celebration 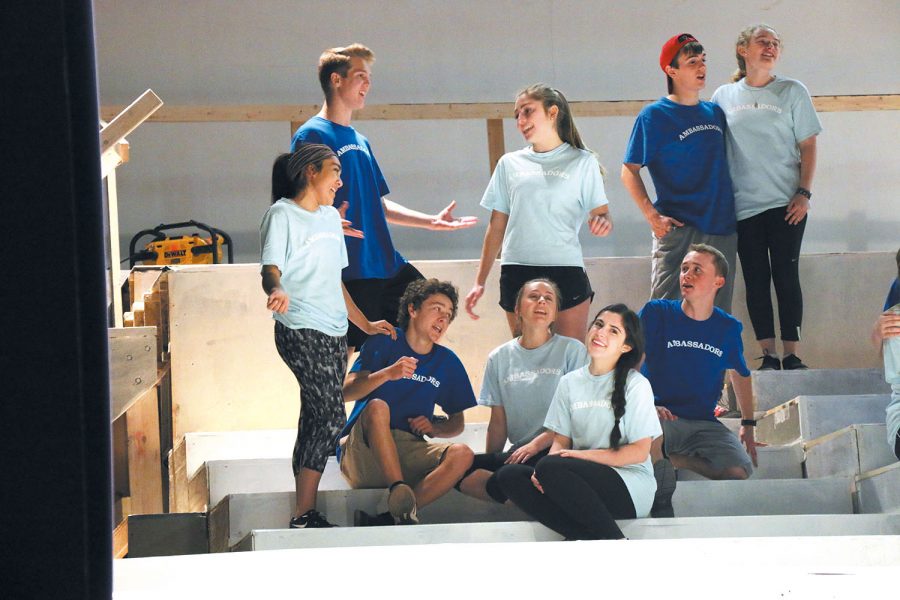 Each year, from Thanksgiving to New Year’s Day, Disney puts on a weekly performance known as the Candlelight Processional in Epcot Center in Disney World in Orlando, Florida. This year, both the Accents and Ambassadors have the honor of performing in the show alongside the Disney choir and orchestra, as well as other high school choirs from across the country.

According to choir director John Burlace, the Candlelight Processional is a show that lasts between 45 minutes to an hour. It includes Disney cast choirs and outside high school choirs performing with the Disney orchestra. Additionally, it will feature a celebrity narrator.

“They always have a celebrity guest appear so it’s a really big deal,” Burlace said.

The Candlelight Processional will give the choirs a chance to perform at a professional level, Ambassador and junior Andrea Garcia said, and will also grant them the chance to see a glimpse of Disney behind-the-scenes.

“We’re performing at the Candlelight processional…(which is) a collection of Christmas carols that one would generally know and it’s all composed by Disney,” Garcia said.

The Accents and Ambassadors will perform 14 songs together will take a total of 85 students to this trip.

According to Kathrine Kouns, director of choirs, choirs must be selected by Disney for the chance to perform at the Candlelight Processional. Last spring, the Accents and Ambassadors sent in a recording of the audition song, and later received news that they had been admitted in April.

“Disney just goes all out. Everything is perfected in every little detail and so I think it’s gonna be great for them to be a part of that,” she said.

This trip, although it will be one of the farthest they’ve taken, it will not be the choirs’ first journey for a performance, according to Burlace.

“The last really big trip was when the Ambassadors went to Europe a couple years back, around three years ago,” Burlace said. “Last year we went to Chicago, same with the year before that, so we do a little traveling every year, but this is a pretty big trip.”

Despite the fact that the trip will require a large fund from the students themselves and an intense amount of practice in order to be performance ready, Garcia said she believes the trip will be unforgettable.

Garcia said, “It’s not common that you get to go to Disney with your best friends and have a good time.”