It’s Okay to be Lost 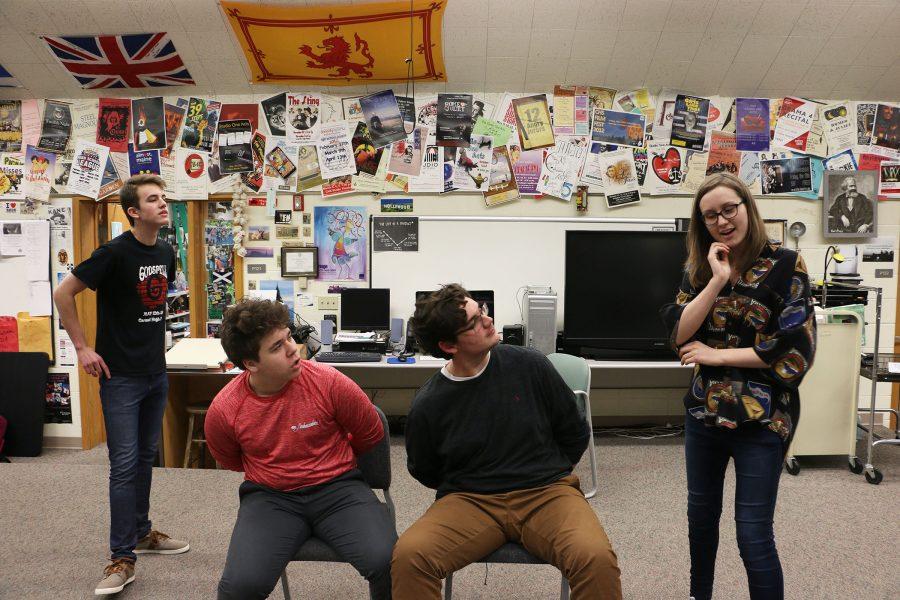 At the back of the CHS performing arts hallway, in Room P123, six students, accompanied by one college graduate, chant, “Hey Fred Schneider, what are you doing?”

This is part of a warm-up called “Hey, Fred Schneider” in ComedySportz, an improv comedy team interested in improvisation. One of the students on this team, junior Sarah Lein, said she has no idea what she wants to do after high school.

“From counselors, my teachers and my parents, I just feel like they ask me (what I want to do) all the time, and I just don’t know. I just have no idea,” Lein said.

According to a 2015 survey conducted by Youth Truth, a national, nonprofit research facility, the majority of high school students experience the same dilemma. It stated that only 44.8 percent of students feel ready and prepared for college and life after school.

Counselor Kevin McDonough said he believes the same is true for CHS.

He said, “Most students come in here not sure (of what they want to do after high school). I would say there’s more that are not sure than there are that are definite.”

O’Donnell said she began to take an i

“I’ve always thought that Ball State is a really good school. A lot of my neighbors and my parents went to Ball State, so I feel like (I should) keep the tradition going,” she said. “I’ve already been there many times to see my sister, and I just fell in love with the campus. I know it’s the college for me.”

“I chose (NU) personally because of its location in Boston, which I quite like, and the programs it offered,” he said.

According to freshman counselor David Schleper, some freshmen know exactly what they want to do when they arrive at CHS.

McDonough said he believes exploring is the key to figuring out one’s interests.

He said, “There’s not really a time limit, but I think the most important part is that they’re exploring. So, coming in as a freshman, even thou 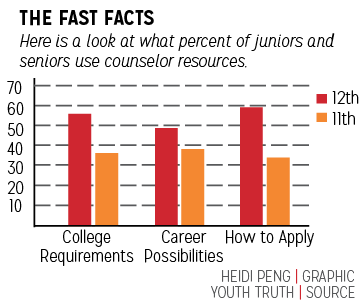 According to the aforementioned study, 45.7 percent of students said high school has helped them to match their interests to one particular career, but O’Donnell and Lein said CHS is different.

O’Donnell said, “I would definitely go out there and get yourself involved with many different things. That’s why I love (CHS); because we have so many clubs, you can actually figure out what you want to do from all these different clubs.”

According to Lein, CHS has definitely opened her eyes to possible career paths through not only classes but also clubs.

“(CHS) has such a wide variety classes and so many options; I’m in film class now and that’s kind of helping me figure out that that’s something I might want to do,” she said.

Lein said she sometimes she gets nervous because she doesn’t know what she wants to do.

“Most of the time, I have the attitude that it’s fine, and I can even be undecided going to college and figure it out during college and there’s no pressure,” she said. “But, whenever my friends talk to me, I feel like there’s a small voice in the back of my mind that’s just like, ‘Why don’t you know? Figure out what you want to do.’”

Schleper said, “Students don’t have to have their entire lives planned out. Just slow down, you’ll get to college eventually. Enjoy high school, and don’t rush life.”