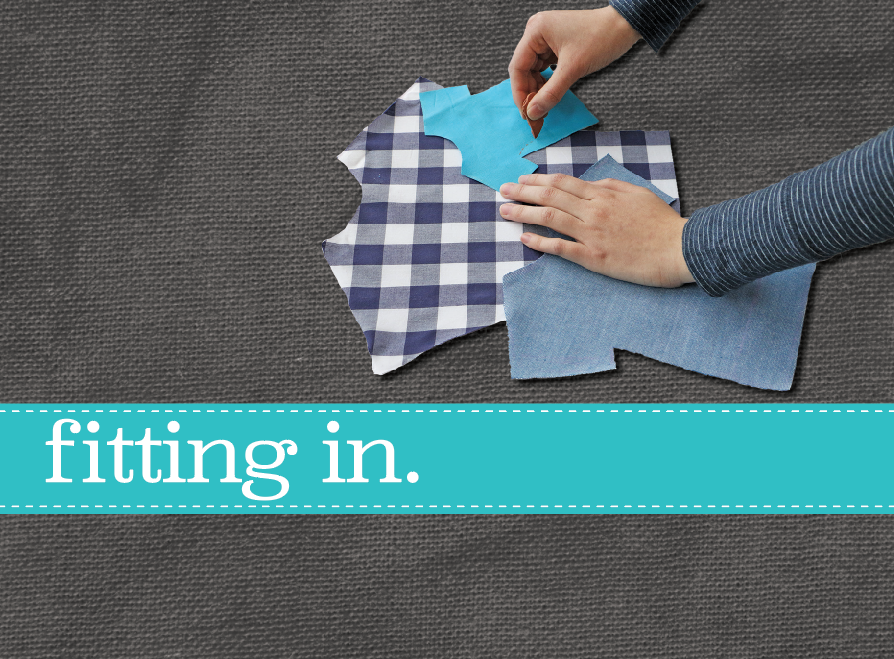 Fitting In: For some students, clothing sizes are a struggle to find, understand

For some CHS students, clothing sizes are a struggle to find and understand. 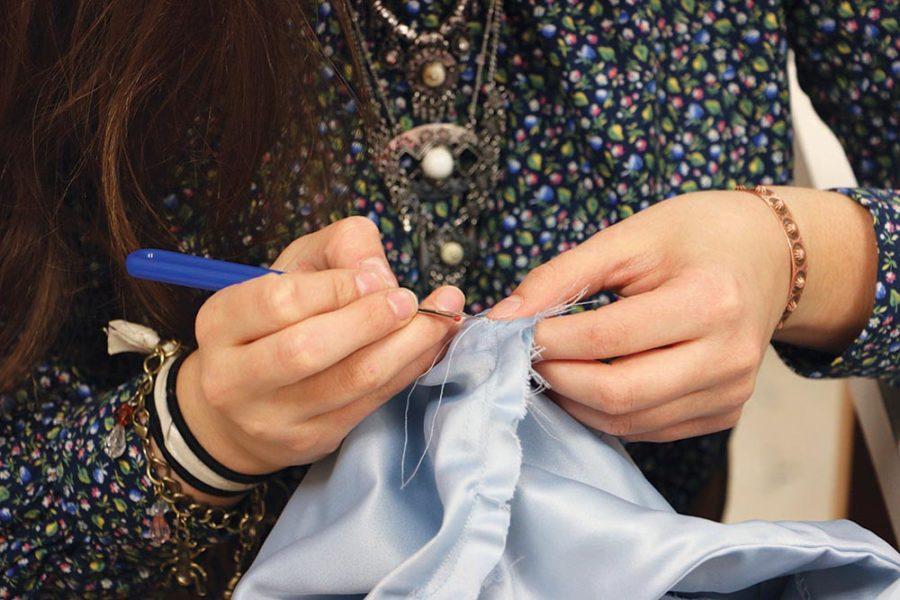 For senior Sarah Biette, shopping for clothing is a difficult experience. But unlike some of her fellow students, her problem is not the rapidly changing trends but rather something far more difficult to overcome: most stores do not carry her size.
“I can count on one hand the number of stores I frequently shop at that I know I’ll find something that at least fits me,” she said.

Biette is one of a growing number of female students who shop for plus-size clothing. According to Bloomberg Gadfly, a website that compiles data on financial trends, U.S. sales of women’s plus-size apparel has grown 17 percent in 2016, compared to a 7 percent growth in overall sales. This reflects a nationwide trend, as the average American woman now wears between a “Misses” size 16 and size 18.
However, because most stores set their largest straight-size as a “Misses” size 14, many students have difficulty finding the same variety of clothing in alternate sizes. According to Biette, this is not only a frustrating problem but also an alienating one.
“I think that a lot of plus-size clothing focuses on covering things up, whereas if you walk into any other store for teenagers, it’s kind of like ‘Wear whatever you want!’ And especially in the summer, like all of the shorts in plus sizes are very, very long, and it’s kind of hard to find clothing you’re not hot in,” she said. “But just, overall, the alienation of those who are plus-size and kind of seeing that as a separate group is really hard.”
Biette’s relationship with plus sizes extends beyond the daily struggles to find clothing in her size. She also connected to a surprising number of people on Twitter through her experience with alternate sizes.
“I purchased a bikini last year towards the beginning of the summer, and I saw a trend going around on Twitter of people posting pictures of themselves in response to this idea that people over 130 pounds can’t wear crop tops, people over 130 pounds can’t wear a bikini… so I put on my bikini, took a picture of myself in my bathroom mirror and posted it saying that, basically ‘Yes you can!’” she said.
According to Biette, the post received attention from people all over the country, many of whom messaged her with their own stories of embarrassment over wearing plus-size clothing.
“In a way, (the messages) made me more confident because it showed that were a lot of people who felt the same way I did,” she said.
This societal idea may be connected to the lack of availability of not only plus-size clothing but also other alternative sizes like petite and tall clothing. However, the lack of availability of alternate size clothing is an unfortunate reality due to the way the fashion industry handles sizing. Sarah Penquite, University of Cincinnati graduate with a bachelor of science in fashion design, said she believes the fashion industry’s problem with alternative sizes comes from the way clothes are designed.
“Things are not made and designed for average- 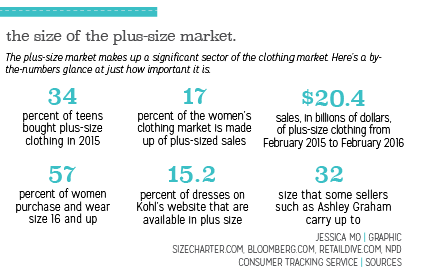 sized women, they are made for someone 5 feet 8 inches or 5 feet 9 inches and size 4, and then sized up to what would be average,” she said.
She said this practice comes from Europe where the smaller sizes are closer to average.
In addition to a lack of availability of a variety of sizes, Biette also said she finds difficulty determining what sizes are correct for her, as the same sizes may fit differently from store to store. The lack of uniformity among women’s sizing is also due to problems in the fashion industry. According to Penquite, sizes in women’s clothing are not standard from store to store. This is due to the fact that many shoppers are less likely to buy sizes represented by larger numbers, so stores arbitrarily choose smaller numbers to represent larger sizes, a process known as “vanity sizing.” In addition, the sizes that exist have not changed much in decades, so as the average woman increases 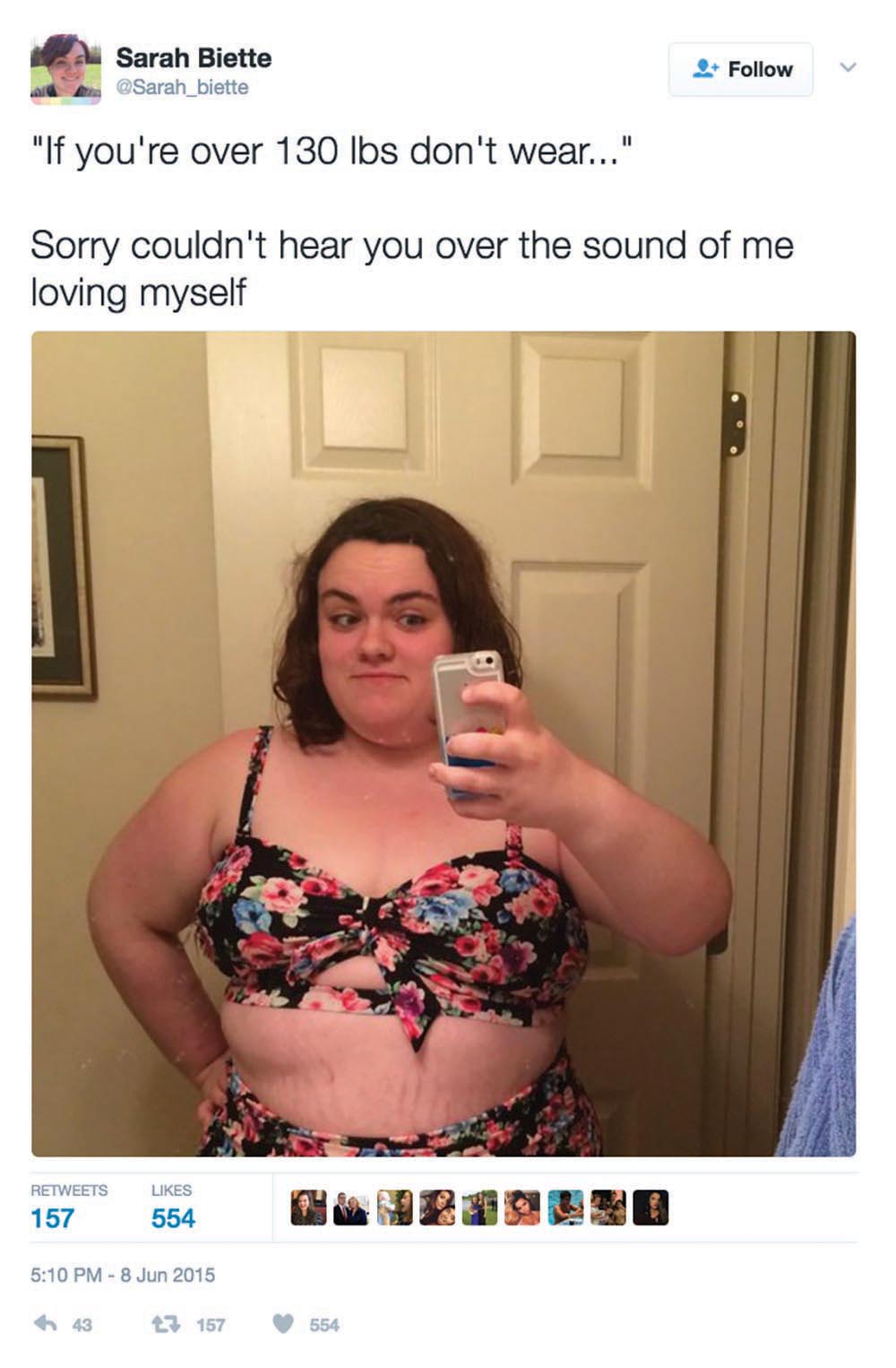 in size, clothing sizes remain the same.
“If you’re looking at patterns that you can make yourself, they have only changed a little bit since the 50s when patterns were mass-marketed. You could go to the store, buy a pattern and make your clothes. So, when you see all the things that say ‘Marilyn Monroe was a size 14’… in today’s sizes, she would be a 6,” Penquite said.

In fact, these problems with sizing are not exclusive to plus-size clothing. Senior Remi Meeker said she makes and alters her own clothing due in part to the fact that she finds sizing difficult to understand even in straight sizes.
“(The system of sizing) is definitely confusing, and really unfair on girls, because vanity sizing really damages self-esteem and self-image and makes them think they have to be one size because a size 3 is the ideal size,” she said.
In response to the lack of options, online retailers like ModCloth have begun to offer a wider variety of sizes than most retail stores, and some websites, like Eloquii, have found success by exclusively selling plus-size clothing, making a wider variety of sizes available to a wider variety of shoppers.
However, Biette said that while she occasionally shops at online retailers, it is not always easy to guarantee clothing bought online will fit because sizes are not consistent from retailer to retailer. For in-store shopping, she said her favorite stores for plus-sizes are Torrid, Forever 21 and Lane Bryant.
“But that’s about it for where I can shop, because many stores don’t have the clothing for me to wear,” she said, “And if they do have it, it’s also very expensive.”

According to Penquite, these problems won’t go away as long as consumer habits in the United States remain the same.
“America will not move (toward sizes based on the average) until it is profitable to do so, and so far it’s not,” she said. “Especially in younger markets where upper teens who are buying their own clothes…and young adults are willing to wear things that don’t fit as well just to have the fashion… It doesn’t matter to the age group that is wearing them, they’d rather be fashionable than not, even if it doesn’t fit as well.”
For this reason, in the meantime, shoppers must cope with the confusing and even demoralizing truths of the way clothes are sized. For Meeker, the best way to find clothes that fit is to make them.
“If you have the opportunity, you can always learn how to sew, take th

ings in or add fabric to something. It’s all about personalizing your clothes for yourself,” she said.
Meanwhile, Biette said she finds the best solution is to ally with others.
“It’s not a health concern for plus-size fashion, it’s not ‘Oh, we don’t want to model an unhealthy lifestyle’… I think that, really, in the end, it’s a human concern. Don’t devalue, discriminate or knock down those of your friends who might need to shop for bigger or smaller clothing, because size is in our society is such a taboo issue in general, no matter what size you are,” she said. “The first step would be to be open with your friends, open with those around about your size and how you feel about it.” 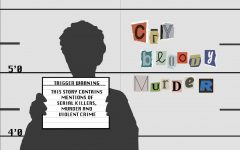 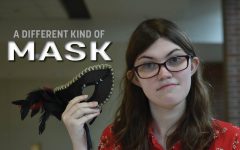 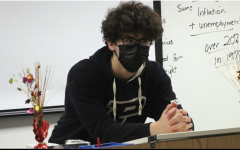 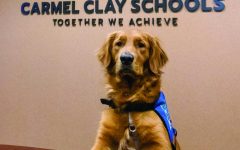 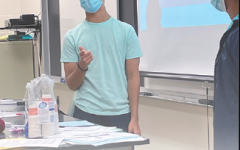 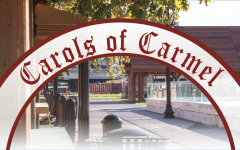 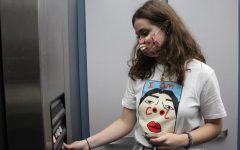 In light of International Day of Persons with Disabilities on Dec. 3, students with Ehlers-Danlos syndrome consider accommodations, ableism