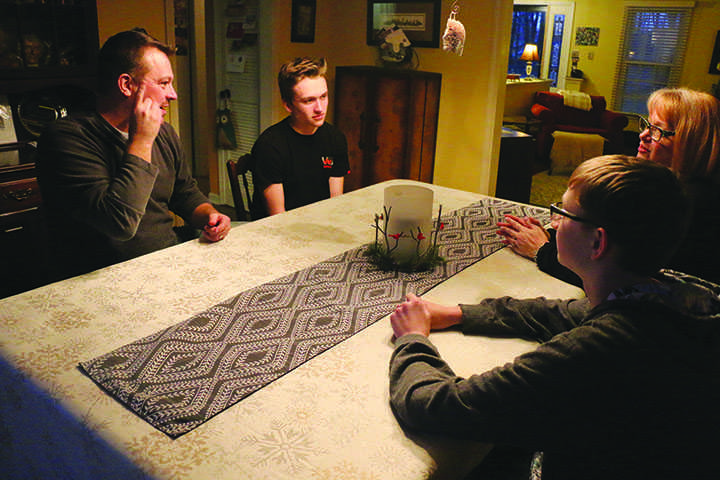 Growing up, sophomore David Leffler lived a normal life with his family with one difference: his father, Andy Leffler, is deaf. When he was a baby, along with learning English like other children, David learned American Sign Language (ASL) and learned how to communicate with his parents non-verbally.

“He’s been deaf my whole life so it seems normal to me,” he said. “I can understand him when he’s speaking, but that’s because I’ve been listening to it my whole life and I’m used to it.”

To Mr. Leffler, ASL and deaf history and culture have been very important parts of his life. He said he believes it is necessary to spread awareness about them in order to give deaf students all of the opportunities that other students have.

Every year, Deaf History Month is celebrated from March 13 to April 15. According to the New York Public Library, this month was marked by several key events including the founding of the first college for the deaf, Gallaudet University, on April 8, 1864, and the founding of the first public school for the deaf on April 15, 1817. The month celebrates deaf history and promotes awareness and appreciation of deaf culture, heritage and ASL to the general public.

Andy Alka, Middle School and High School Principal for the Indiana School for the Deaf (ISD), said he thinks it is very important for people to learn about deaf history and culture in order to change the perception of deafness within our community.

He said, “If we could change something, it’s that perception that there’s only one way to deal with deaf people and that’s to fix them. Rather, (we should) just embrace them and give them every option possible to help them flourish.”

Mr. Leffler said that he was very fortunate to grow up in an accepting family that taught him sign language and sent him to a school for the deaf.

“My parents just taught me don’t give up and to work hard,” he said.

Senior Alex Pitchford is a student at CHS who deals with hearing loss everyday. He was born with bilateral hearing loss, meaning his hearing is deteriorating overtime and he must use hearing aids in order to hear properly in both his left and right ears.

“I always have to be aware of my surroundings and safety,” Pitchford said. “In school, my education relies a lot upon my hearing aids because if I can’t hear my teachers, my grades can be affected.”

When Pitchford was younger, he went to ISD before transferring to Carmel Clay Schools. However, because he wasn’t completely deaf, he found that he didn’t entirely fit in.

“There was always a barrier (between) the deaf community and the hearing community and I was always in the middle so it was hard to fit,” Pitchford said. “I mean I was accepted by the deaf people and I still am, but from a deaf perspective, they see you as a hearing person and they don’t quite understand you as well.”

After transferring schools, Pitchford became very self-conscious about his hearing.

“I was pretty quiet and I kept to myself a lot in my middle school years and I finally started embracing it my sophomore and junior years,” he said.

Alka said that many deaf students find they are unable to be accepted by others in their community, and the students at his school want to be treated normally.

Recently, both Pitchford and Alka said they have seen a surge in acceptance of people who are deaf or affected by hearing loss. Alka said he believes the rising popularity of ASL is changing the way many deaf people are perceived within our community.

“More and more young people right now are really opening themselves up and wanting to learn and to listen and to see what is going on and what has happened and what could change,” Alka said. “The popularity (of ASL) is skyrocketing unbelievably and that’s wonderful. Deaf history could come full circle real soon.”

For Mr. Leffler, giving back to the deaf community and spreading awareness has been very important. He is part of several organizations including the Junior Organization for the Deaf and the Indianapolis Mayor’s Advisory Council for Disabilities. 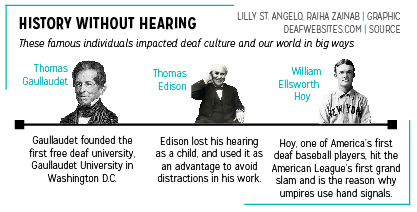 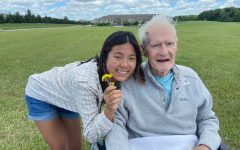 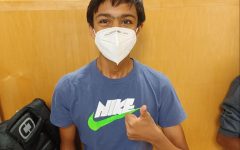 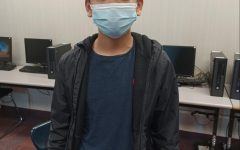 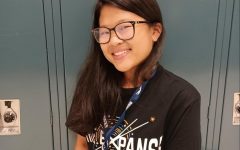 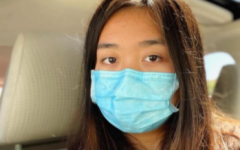 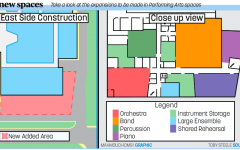 On Sept. 9, the CHS administration sent out an email to parents and staff to make them aware of a situation on social media concerning students. This ... 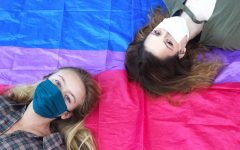