The CHS band program receives yet another achievement award from national organization. 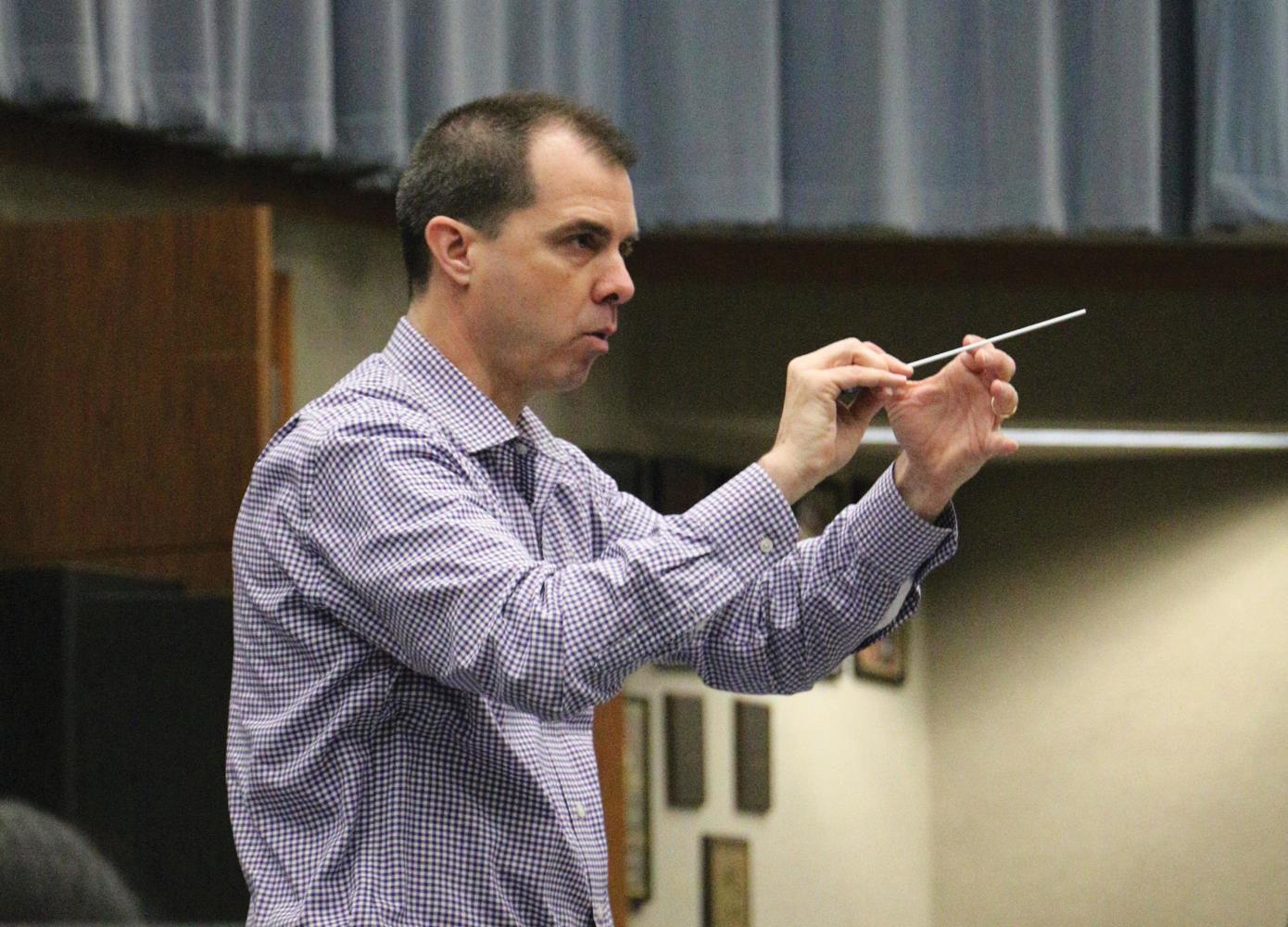 Band director Michael Pote conducts Wind Symphony I before school prior to the group’s ISSMA state final performance. This year, Pote has been working diligently with all the bands to play their music to the best of their abilities.

Earlier last month, CHS earned the best Communities for Music Education Award for the fourth time in a row. The award, which is given by the National Association of Music Merchants (NAMM), assesses whether a school district is considered an outstanding community for music education.

Director of bands Michael Pote said the reason why Carmel’s performing arts department is outstanding is because of the emphasis the community puts on music.

“First of all, (Carmel) is a community, not just the school that promotes the arts. With the Arts and Design District and the Palladium, to the people who live in Carmel, there’s an emphasis on the arts being important, not just something that we do on the side but an integral part of life. What we do is at Carmel Clay Schools, our administration and our teachers consider it an integral part of education,” Pote said.

Connor Young, marching band, Wind Symphony I member and sophomore, said the community’s financial support toward the marching band is indicative of its constant promotion of the arts.

Samuel “Sam” Bognanno, Camerata Orchestra member and senior, said the value of performing arts is emphasized as much as the athletics, something which makes Carmel special.

Pote said when he first came to CHS in 1993, there were a total of 200 students in the band. He said next year there will be 575 students in band, a clear indicator of the importance Carmel now places upon not only on the band but the performing arts in general.

“We pay a lot of attention to fundamentals. So instead of playing through all of our music right away and preparing for a performance, we become better as a band by focusing on our sound and skill on our instruments,” Pote said.

Bognanno said he believes the orchestra’s success is due to the atmosphere of the team. 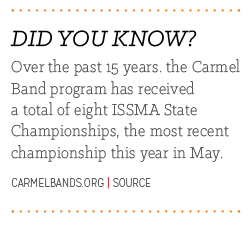 at requires everybody’s full effort in order for the group to be successful,” he said. “Everybody’s success depends on each other’s work ethic which has a history of being very high. Especially in Camerata or Symphony Orchestra, it really requires a good commitment, and all students tend to do a really good job of working hard. I’ve learned this especially through our playing exams that we have in class that determine our grades and Tuesday night rehearsal, which are three hours long and very rigorous.”

While orchestra’s members work hard to succeed, the band does too, especially with marching band. Young said one of his memories of band is of when the marching band practiced together.

“For marching band especially, you could really feel that everyone was working together as a complete whole team towards their final days of marching band,” Young said. “Just the whole performance takes every person into account and you’re only as good as your weakest link, and we were pretty good.”

Pote said, “At Carmel Clay Schools, our administration and our teachers consider itan integral part of education. It’s not an extra. It is math, it is language, it is all thesethings. I think that’s one of the things that sets us apart.” 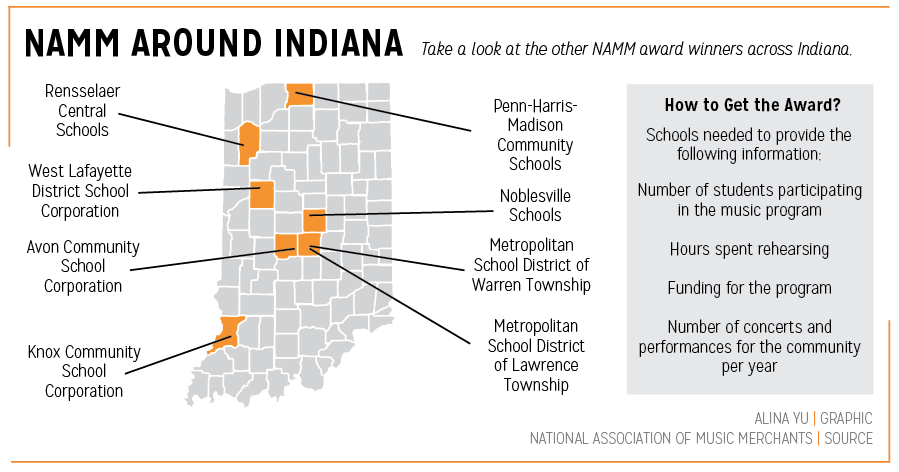