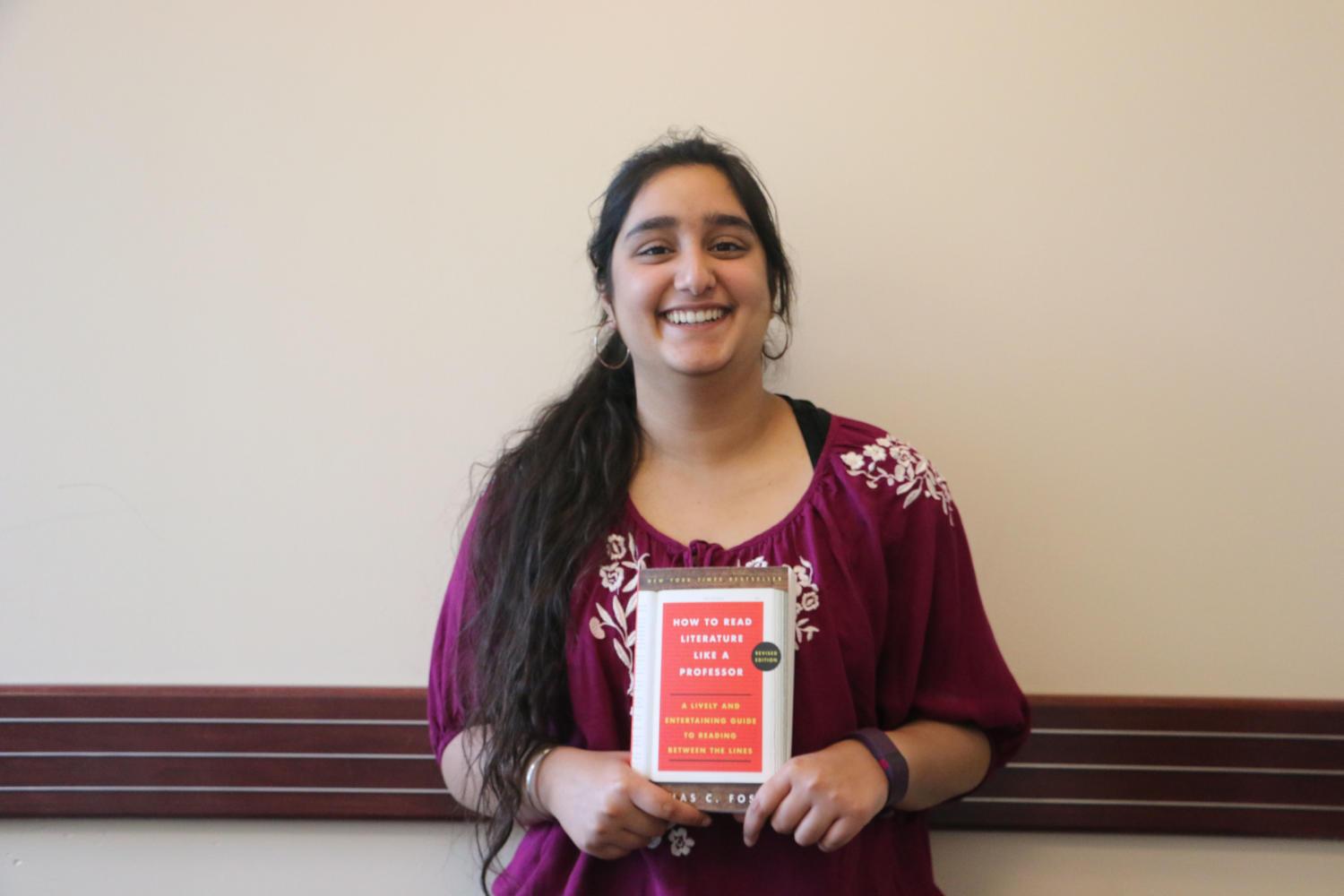 Senior Simrat Oberoi holds up her summer IB reading assignment. Her tasks were to read How to Read Literature Like a Professor, to apply what she read to other novels and to read a selection of poems.

The International Baccalaureate (IB), is an educational foundation founded in 1968 but has only been offered at CHS for a little over a decade. In these past years, the program has grown in enrollment and, recently, offered a major opportunity to Alyssa Highberg and Carly Chia, IB students and seniors. The two were the only students from CHS to participate in the IB World Student Conference (IBWSC) in Rochester, N.Y. that started July 30 and ended Aug. 5.

“The IB World Student Conference is all about getting students around the world to relate with each other, which is a lot of what IB is about,” Highberg said. “We (discussed) a lot of world and global topics.”

According to Highberg, this conference explored the theme of ‘defining and defying boundaries.’ She said students from around the world who are involved in IB came together to discuss topics like digital privacy, human migration, the exclusive nature of political participation and the viral spread of disease prove that boundaries defy easy definition.

Highberg said this conference provided her with more than just a chance to discuss global issues though. Rather, it gives a chance to connect with other students IB students and experience their cultures, Highberg said.

Highberg said, “I (liked) to seeing the different perspectives of other people on global issues and being able to discuss the future of the world.”

This aforementioned connection and opportunities like the IBWSC is part of the reason why the program is growing, said IB English teacher Allyson Wells. Wells said she has noted tremendous growth in the past three years and believes the autonomy students get from IB is a large part of why the program is so appealing.

“IB gives the student a little more…freedom to explore some of their own interests,” Wells said. “Many of the classes are very much fueled by student discussion, so students who really like to take control of what they’re learning…seem to do really well in IB classes.”

Simrat Oberoi, IB student and senior, said she agrees with Wells. Oberoi said that, along with the educational autonomy, the interconnection of subjects is one of the reasons why she joined the IB program. According to Oberoi, IB stresses international mindedness and being well rounded, which results in connections between classes.

“In classes we always try to connect what we’re learning to our other subjects…For instance, as we’re learning about WW2 in IB History of the Americas, we’re also reading The Assault, which takes place at the end of WW2 by a Dutch author, in IB English,” Oberoi said. 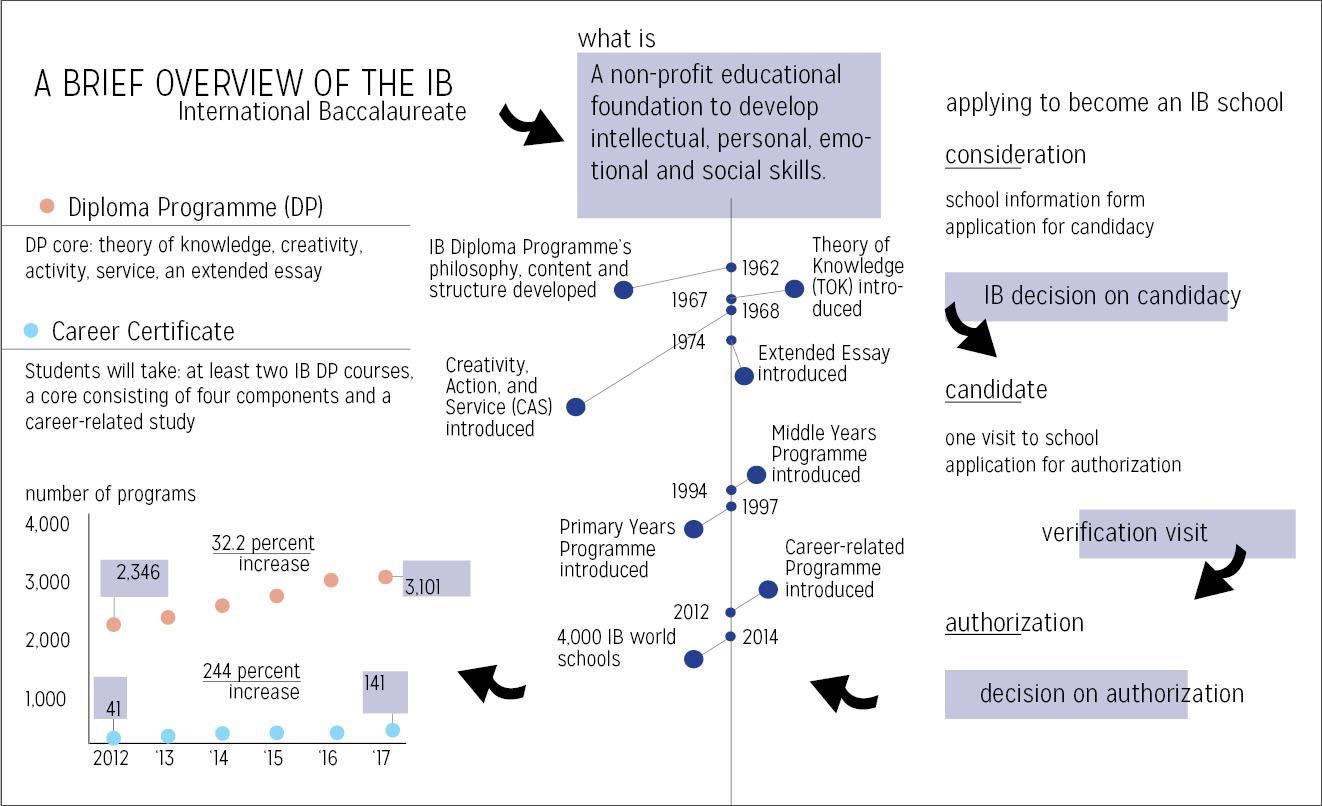 These factors are all reasons why IB has grown in the past few years. In fact, in CHS, IB has quickly become a “competitor” to the AP program. Both programs offer rigorous programs for high school students, but according to Highberg, most of the similarities end there.

“AP is more about memorization and more focusing on that. With IB we try to have more discussion based learning and a more broad knowledge,” Highberg said. “Since IB is smaller than AP, we focus on the connection between kids and they’re in almost all our classes so it creates a nice family aspect between all.”

Competition aside, IB continues growing at CHS and globally, according to Wells, as students like Highberg and Oberoi encourage more CHS students to look into the program. Oberoi said that with events like the IBWSC and personal outreach, she hopes to see the program continue this positive trend.

“Everyone in the IB program is so passionate about what they do. That’s one of the really strong things about it,” Oberoi said. “I hope that as more people hear about it and identify with the learning method, we’ll see more students sign up.”