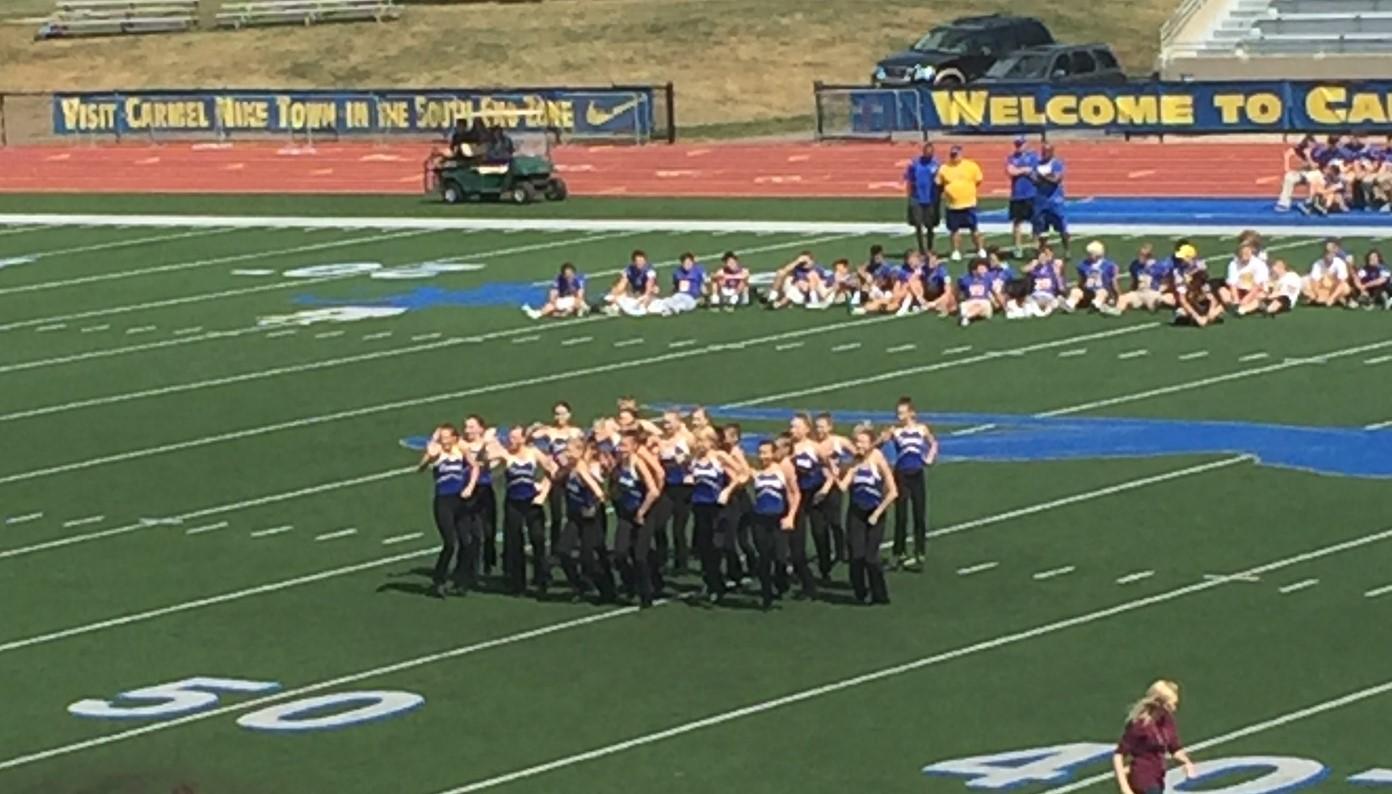 The Charisma dance team performed recently at the homecoming pep rally. They used different songs in their performance to demonstrate new choreography. “Pep session is one of our bigger performances since it is in front of the entire school,” sophomore Kendall Greene said.

Hannah Gretz, Reporter
With one performance down, the Charisma dance team continues to prepare for future performances. They practice three times a week so they can effectively “wow” the crowd.
As the girls have one performance under their belt, they continue to practice their new tricks and choreography. They will be showing those who are watching their new dances at soccer games and the Homecoming rally at the football stadium.
“Now that I am not a freshman anymore, I have more responsibilities for being more of a team leader,” Kendall Greene, second year dance team member and sophomore said.
Sophomore Maddy Massa is also a second year veteran. For Greene and Massa, tryouts were different this year, as they were teaching freshman as the veterans. “The tryout was much different from when I was a freshman. I was used to being put with a veteran but this year I was the veteran,” Greene said.
Head coach Sarah Wolff has been a dance coach at this school for 18 years. “I love it because I develop a personal relationship with every dancer,” Wolff said. She is a deciding factor in the tryout process and contributes to choreography.
“Because I am not a freshman anymore I have more responsibilities for being more of a team leader,” Greene said. She and several other dancers lead the freshman together as a team to become the best they can be.
According to dancers, the choreography and movements are strong and each dance has a new spin to it, unlike last year. The upcoming performances are scheduled during varsity home game halftimes.
Delete Image
Align Left
Align Center
Align Right
Align Left
Align Center
Delete Heading