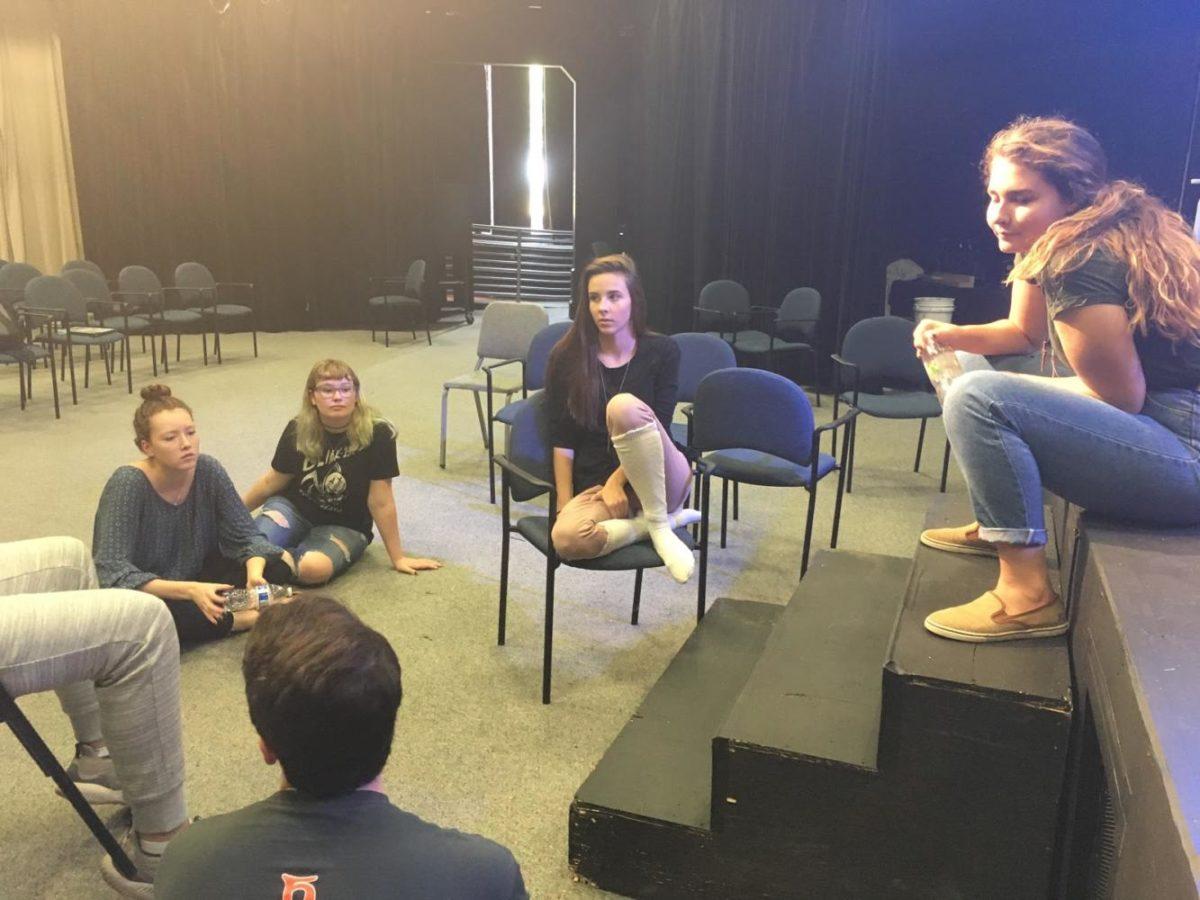 CHS Theater is currently rehearsing and building stages for the student-directed Studio One Acts, which will take place Sept. 28 to 30. The four acts are entitled: “Pizza: A Love Story,” “Last Minute Adjustments,” “The Role of Della” and “From the Mouths of Babes.” In addition, auditions for the fall production “Up the Down Staircase” will be held in the Studio Theater Sept. 25 and 26.

“They’re actually building the new stage from the ground up, because (in the Studio Theater) you can build something anywhere and it will work as a stage, which is really cool actually. So we got to choose where we wanted the stage, and what we wanted the stage to look like,” Seidensticker said.

While the student directors prepare for the Studio One Acts, Theatre Arts teacher Jim Peterson will begin auditioning and rehearsing for “Up the Down Staircase.” Peterson said this play will have a different effect than last year’s fall production “The Sting,” as well as different staging direction.

“(‘Up the Down Staircase) not really serious, there’s some funny moments, there’s some touching moments, which is kind of in contrast to ‘The Sting.’ It’s dealing with a first year high school teacher as opposed to a cunning gangster out of money,” Peterson said. “I’m (also) just looking forward to trying some new staging direction, and directing ‘Up the Down Staircase’ in a situation where the audience surrounds the stage.”