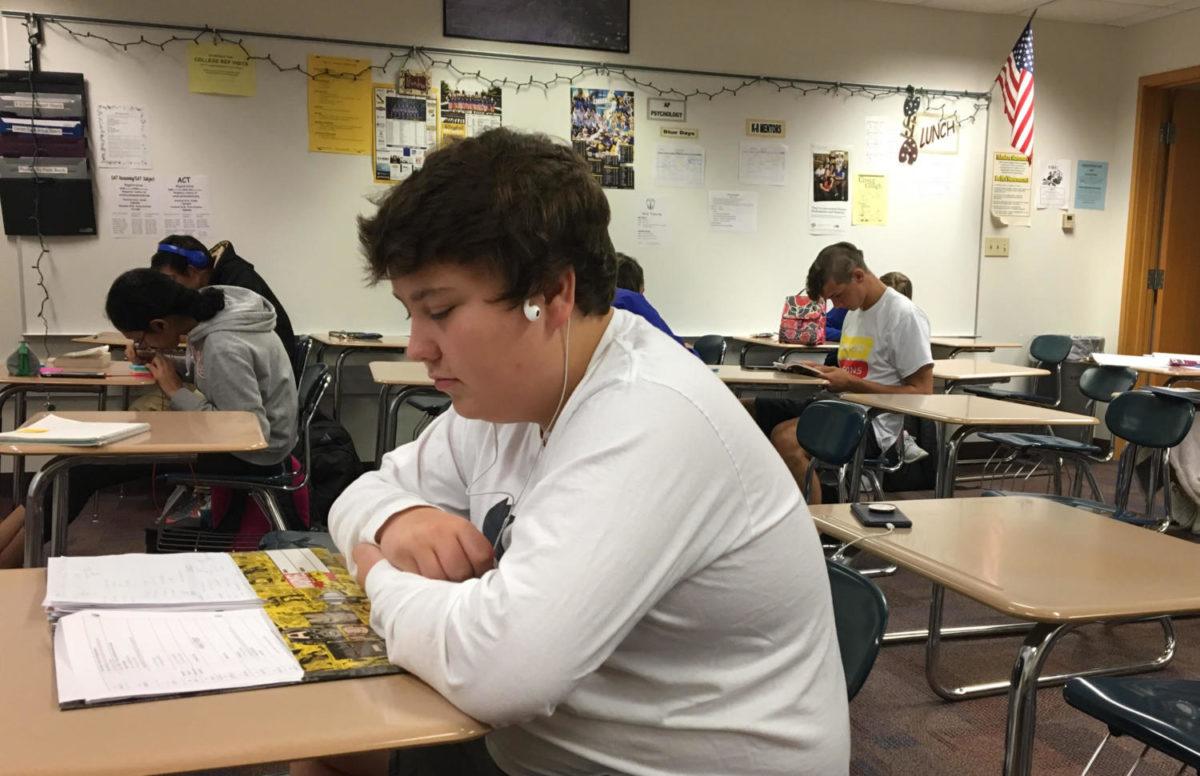 During SRT, mentor and junior Garrett Jones reviews notes from K-8 mentoring class. In past years, the mentors drove out to the Carmel elementary and middle schools during third block on Gold Days. Jones said he is looking forward to his first year in the program.

Mentor and junior Garrett Jones said he’s excited to meet with the children he will mentor for the rest of the year. The mentors are continuing the two-month training and learning process that takes place during third block on Gold Days in Room E216.

“I joined (the class) to gain better life skills and a better understanding of myself, seeing things through other people’s eyes,” Jones said.

According to AP Psychology teacher Robin Pletcher, a similar program at North Central High School inspired the idea of starting a K-8 mentoring program at CHS. Pletcher said the class was originally only a semester long, but eventually extended into a year-long course. She said that a semester is not enough time to develop a meaningful relationship with the students.

Pletcher said, “The kids really do look forward to those 30 minutes they get to hang out with their mentor, and it is special to them.”