The secrets of the Denver International Airport [Conspiracy Cop] 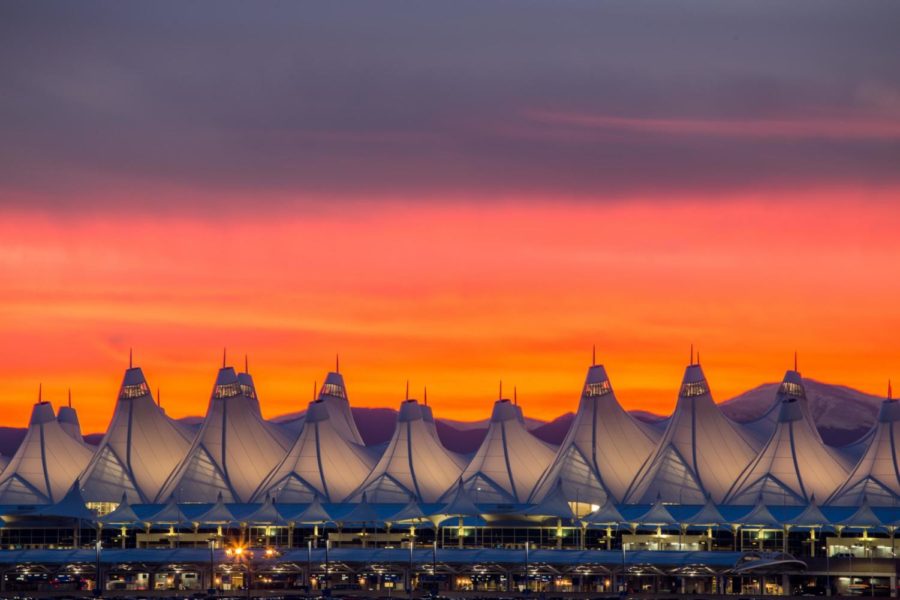 I first got interested with conspiracy theories when I stumbled across one of Shane Dawson’s many YouTube videos debunking the various conspiracy theories out there. From that one video, I was hooked and proceeded to watch his entire conspiracy theory series that night. I just found the theories so fascinating and fun to learn about, even though some of them were pretty ridiculous. My goal with this blog is just to share my love of conspiracy theories and introduce people to theories that they will hopefully find interesting and enjoy too. With 33,531 acres in total land area and 135 gates spread throughout, the Denver International Airport is easily the largest airport in the United States. However, it’s large size is not the only thing this airport is known for. Since it’s opening in 1995, the Denver Airport has been subject to numerous conspiracy theories connecting it to secret organizations such as the Illuminati.

With 33,531 acres in total land area and 135 gates spread throughout, the Denver International Airport is easily the largest airport in the United States. However, it’s large size is not the only thing this airport is known for. Since it’s opening in 1995, the Denver International Airport has been subject to numerous conspiracy theories connecting it to secret organizations such as the Illuminati.

Even before officially opening, the airport was subject to speculation. Although construction began in 1989 and was scheduled to be finished on Oct. 29, 1993, building was 16 months behind schedule, causing the airport to finally opening on Feb. 28, 1995. Along with this delay in construction, the airport also went $2 billion over budget, totaling a lofty $4.8 billion. These unexpected issues in building have caused people to suspect that the extra time and money may have been spent on other areas of the airport, such as the extensive facilities located underground. Many theorists claim that the underground tunnels actually contain a bunker prepared to house the global elite in case of an apocalypse or other worldwide disaster. According to this theory, the secret construction of this bunker would explain the extensive cost and delayed opening of the airport.

Several theories have emerged that allude to a possible connection between the Denver International Airport and the Illuminati. Many believe that the airport could be a new secret headquarters for the New World Order, a secret rising totalitarian world government that encompasses the Illuminati. One piece of evidence that theorists provide to support this claim is that to some, from an aerial view, the arrangement of the runways appears to be in the shape of a swastika. Also, on the dedication plaque situated at the south entrance of the airport, there is a Freemason’s logo and the “New World Airport Commission” is listed as one of the contributors. Theorists believe this to be a clue towards the airport’s link to the New World Order because the Freemasons are a secret society long thought to be in relation to the infamous Illuminati.

Additionally, the disturbing murals and statues located in and around the airport have fueled the conspiracy theory that the Denver International Airport is affiliated with the Illuminati. One particularly popular piece in the airport’s art collection is the two part mural by Leo Tanguma, titled “In Peace and Harmony with Nature” and “The Children of the World Dream of Peace.” While Tanguma claims that the murals represent humans and the environment coming together in peace after a time of war, many people believe the opposite, that the paintings are showing the world being taken over by what could possibly be the Illuminati.

Another questionable piece of art in the Denver International Airport is the “Notre Denver” by Terry Allen which consists of two gargoyle statues situated in the baggage claim area. According to Allen, the statues are meant to watch over travelers and ensure safe delivery of baggage. However, the disturbing design of these statues has many people thinking that there is a more sinister meaning behind the figures.

Along the entrance to the airport near Peña Boulevard, there is a bright blue, 32-foot, cast-fiberglass sculpture of a mustang horse named “Blue Mustang” that was built in 1993 by Luis Jiménez. The sculpture was nicknamed Blucifer by the locals because of the theory that the horse is cursed. Many believe this claim because in 2006, while being constructed, a piece of the “Blue Mustang” fell on Jiménez, severing an artery in his leg and killing him at age 65. Despite this tragic occurrence, the sculpture still went on display on Feb. 11, 2008. The sculpture’s sinister past and the fact that its eyes glow bright red, all contribute to the theories surrounding it.

With its suspicious underground and bizarre artwork, the Denver International Airport has raised many questions among conspiracy theorists through the years. However, with the secretive nature of the airport, it is up to the public to decide whether they believe these claims to be fact or fiction.