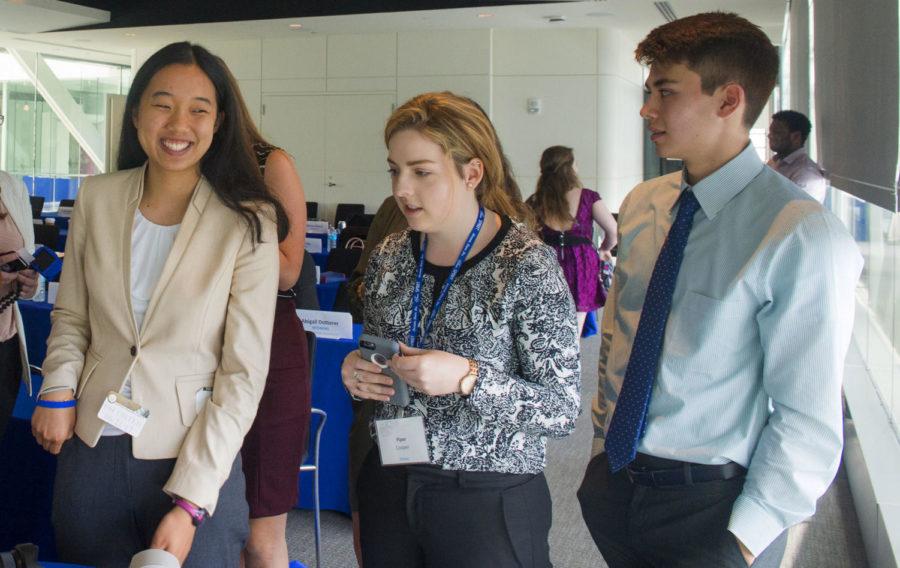 Nowadays, it seems like fake news is everywhere, especially in politics. President Donald Trump uses the term all the time (claiming that he invented the phrase), and the Senate Intelligence Committee warned of the Russian fake news threat on social media during recent congressional hearings with Facebook, Twitter and Google.

In fact, Collins Dictionary announced the phrase as the word of the year on Nov. 2. This isn’t particularly surprising, but it’s also important to recognize that amid what seems like a sea of fake news, there are more legitimate journalistic outlets that provide the public with timely, accurate information.

It’s important to realize that other scholastic journalists are doing the same thing. Contrary to popular belief, journalism is not dying. This summer, I went to the Al Neuharth Free Spirit and Journalism Conference as Indiana’s representative. There, I met 50 other amazing students (one from each state and D.C.) I met students who managed to pull their newspapers through despite no school funding whatsoever, students who spoke at national conventions, students who fought for their First Amendment rights when their school systems tried to censor them. Talking with these people was incredibly humbling; feeling the excitement radiating from their words was nothing short of eye-opening.

We met Pulitzer Prize winners, Freedom Riders from the civil rights era, and the editor-in-chiefs of National Geographic and the Washington Post. We toured the Newseum and the headquarters of USA Today. Most importantly, we met people who have dedicated their lives to spreading the truth.

These leaders in journalism emphasized again and again: journalism is not dying. Far from it, in fact. Print journalism may bring less revenue than before, but more content has simply moved online. In fact, this way, consumers can connect to news more than ever before: through websites and social media, news outlets can update readers in real time. (The New York Times even has its own Virtual Reality app that “puts you at the center of the stories that only we can tell.” I really love this app; kudos to New York Times!)

Admittedly, before I went, I was skeptical about the future of journalism as well. Yes, the challenges journalism faces are many. But the people I met convinced me that as long as even a small group is passionate about spreading the truth, journalism will never die.