While the women’s streak is well known, the men’s team strives for its fourth consecutive State title 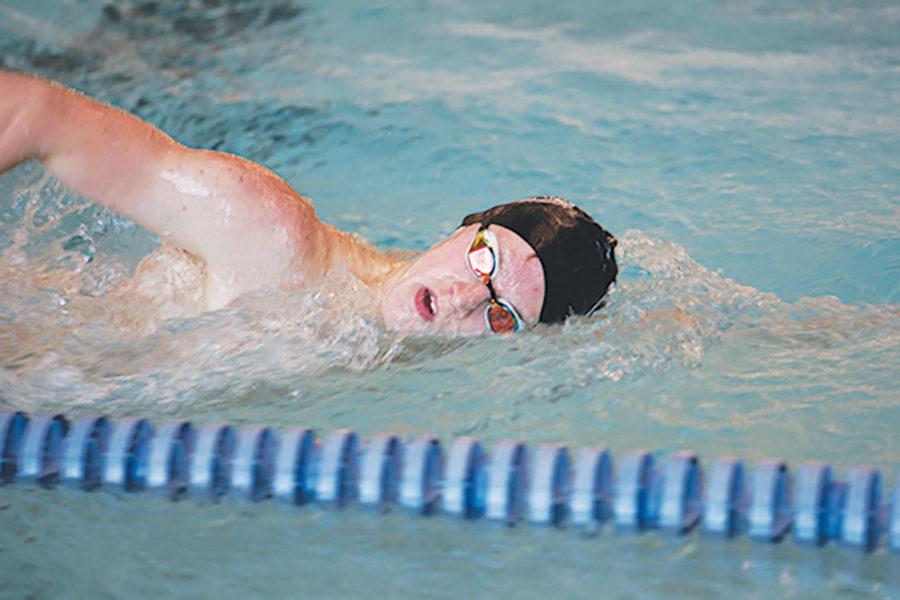 Swimmer and senior Evan Kopp said he is fairly confident in the CHS team this year. In fact, he said he thinks the streak has relieved pressure from the team.

“I’d say there is less (pressure) because-I’m not trying to be braggy-but we know we’re going to win this year. We have a lot of people that are really good, so there is less pressure… (The streak) has boosted (the team’s) confidence because we were very unconfident the first two wins we got when I was here. We won by one point one time, but now we know we’re going to easily win,” Kopp said.

Kopp said he believes the team will do well because of all the students who have transferred into the swim program from other schools. But while for veteran swimmers like Kopp, the pressure has been released, new athletes like swimmer and freshman Ethan Johns, said the team’s streak and level of competitiveness adds pressure.

“There have been some pressures. I really want to make the high school’s team this season, but that’s really hard to do and I’d have to keep up with everyone else, which is pretty hard. So, the pressure, it’s good and bad because it motivates me, but it also makes me kind of nervous,” Johns said.

Even with all of this pressure, Johns said he still looks forward to the season because of all the effort the athletes put into their training.

Johns said, “It’s been fun. The season hasn’t started yet, but I’m getting to know the team a lot better and it’s been a blast so far. It’s been a lot of hard work and effort in every practice and every set and I can’t wait until high school season starts.”

For his part, Head Coach Chris Plumb said he believes there is no extra pressure from the streak.

“I don’t think winning (consecutive years) adds extra pressure to the boys’ team. I think it’s more about standards they hold themselves to, and I know that they hold themselves to high standards. The teams, I don’t think, are about winning, but I know that all of them are going to want to swim and go about their season, so I think the pressure is on them to grow in maturity, improve not necessarily win,” Plumb said.

Kopp also said with the streak, the idea of winning is not the swimmer’s top priority.

Kopp said, “The streak has brought unity to the team. I would say we’re all still committed to winning; it’s just in the back of our minds now… it wasn’t so much years ago.”

Plumb said the team’s winning streak doesn’t necessarily boost the team’s confidence, but the wins do help for the validation of the work the swimmers put in to obtain these consecutive wins.

“If anything, I think it provides validation to what we do. When you work as hard as we do and you put in the hours in the weight room and the pool, in summer, traveling, (it pays off). I think it’s nice when you do win to know that it’s working in terms of team performance and it certainly doesn’t hurt,” Plumb said.

Going into the upcoming season Plumb 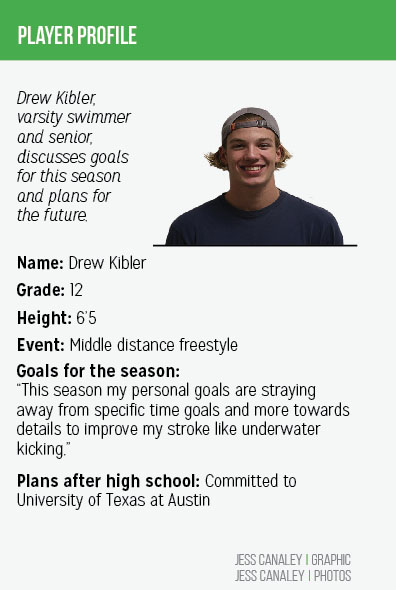 said the team needs the correct mindset to continue winning titles. He said he talks to the team members about their mindset and how they need to hold themselves to their own standards. He said he believes this will improve the outcome of the team.

“I think you make that idea clear to them by how you talk to them about it,” Plumb said. “Honestly, listen to their suggestions (and have them) talk to me. I want them to say to me how they’re going to do what they want to do, what they’re going to accomplish as a team and try to raise young men, and that’s ultimately what I’ll do. Swimming is the vehicle which that is taught, and that’s how I feel (the program) is run.”

Plumb said, “Well, I think anytime you’re going to competition, the most competitive person and the most competition you have is your own self. That’s who you’re really competing with. Other people might provide different circumstances or make you feel a certain way, but ultimately you’re in control over your race, and yourself is the most important thing. That’s where the biggest competition belongs. I feel like if we have athletes who understand that, they go out and do their very best, then that’s a successful season.”