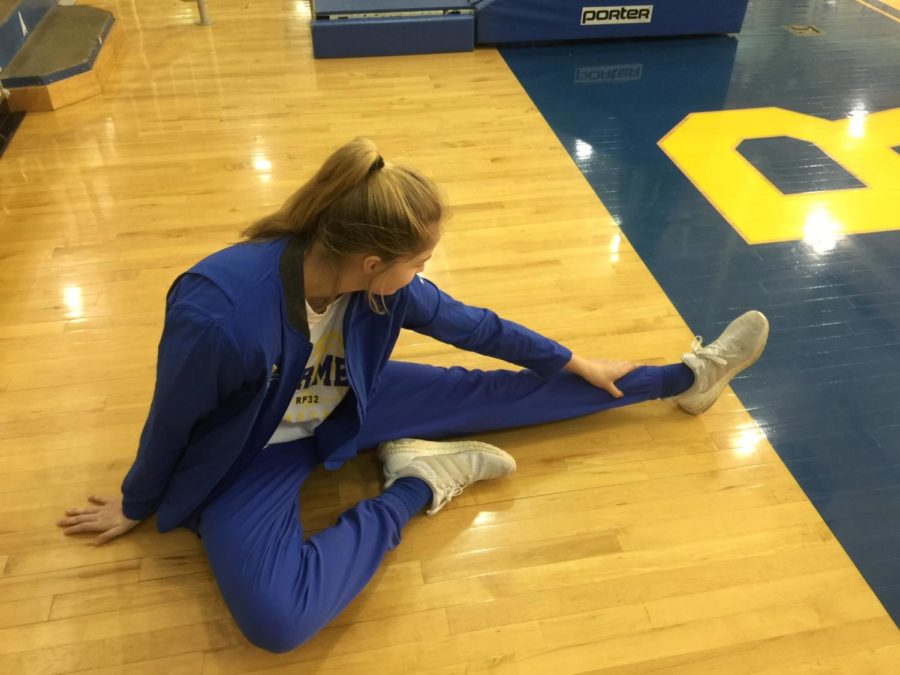 Becoming a college athlete is by no means an easy task. Indeed, very few of the millions of high school athletes ever make it to the collegiate level. Colleges only accept the very best of the best on their team, especially because many signed athletes are given scholarships to play for their schools. Many universities begin looking for the special few who meet their expectations, almost to the very beginning of an athlete’s high school career.

Blake Smith, varsity basketball player and senior, is a 6-foot, 3-inch point-guard who was recently signed with Ball State University, and one of the best players on her team. Smith began her recruitment to Ball State University as early as the summer after her freshman year, where she became committed to the school

“My sophomore year of freshmen year they started recruiting me over the summer,” Smith said. “After going to my visits (to Ball State University) I learned that I loved the school. I fell in love with the coaches and the players. It just seemed like somewhere I could see myself playing at, so that definitely sealed the deal for me going to Ball State over other schools.”

With multitudes of high school athletes to pick from, choosing an athlete for the team is no easy task for colleges.

Inskeep said once college sign with an athlete, CHS holds a signing day to celebrate the athlete’s achievements

“(Signing Day) is kind of a like a quasi-press conference. Their family and friends can come to (the event) and coaches. Then we take pictures of it. It’s just a nice keepsake for them, to celebrate it and a way for us to publicize their accomplishment as well.”

“(Signing Day) was a really cool experience,” Van Remortel said. “There was a lot of other athletes and we were in the community room. There was a big ceremony and we kind of made it official there.”

Smith said she will remain highly committed to her collegiate basketball team during the summer.

In one summer, I get five weeks (at home), and then we’ll go down (to Ball State University), and I’ll practice and then I get to come home for a bit,” Smith said. “Then, I’ll go back, and we’ll start preconditioning, and weights and all that. I think its everyday. I think (I’ll) weightlift, (and I’ll) run. It’s going to be a lot.”

While Vanremortel and Smith are both excellent players, Inskeep said being the best athlete on the team is only a requisite for a scholarship, not being signed to a college at all.

“We have a lot of student athletes that continue on to college that may not even be on the sectional roster,” Inskeep said,“which just shows the depth that we have in some sports, but that’s not the same in all of our sports and those student athletes are getting exposure from colleges in a lot of different ways.”