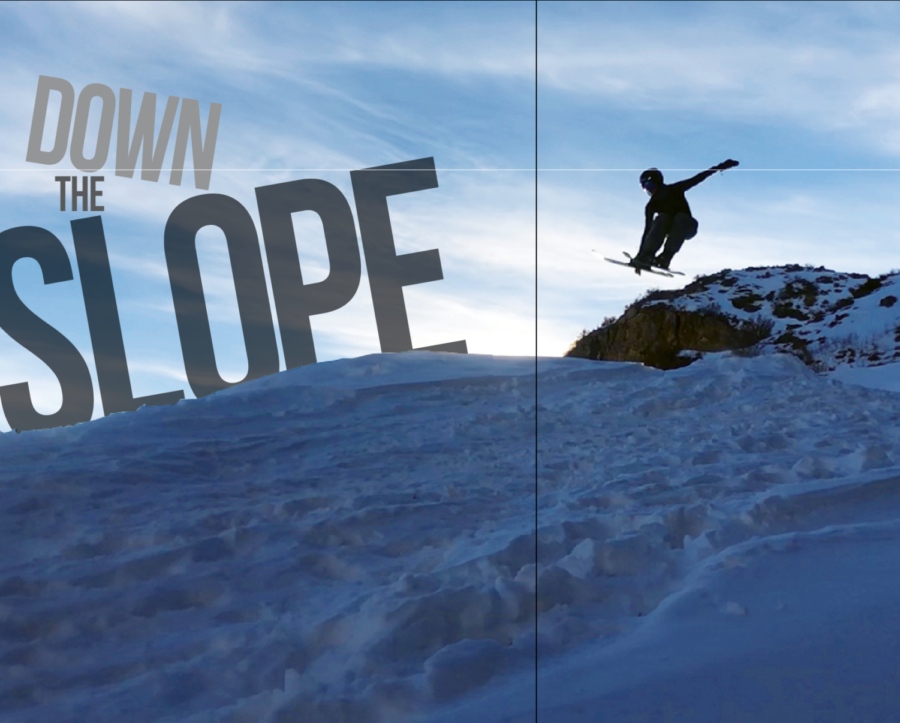 Brett Ploss, Ski Club founder, president and junior started the Ski Club, last year, he said he wanted students at CHS to experience the same fun he’s had over the years skiing. Ploss started skiing when he was 9 during a family trip to Colorado. Since then he has traveled to Snowmass in Aspen , Colo., Breckenridge Colo., Vail , Colo., Keystone , Colo., Perfect North and Paoli in Indiana and is planning to go to Snowbird, Utah.

“The main goal of the club is for upperclassmen to take freshmen skiing because freshmen don’t get opportunities as much,” Ploss said.

“Upperclassmen can go (skiing) anytime, especially when they have their license, whereas freshmen don’t have that opportunity because they can’t just get up and go skiing one morning. So it’s nice to have the community of people that you can just text and say ‘Hey, is anyone going skiing today?’ and then everyone will find someone,” Ploss said

A 2017 study by Statista, an online marketing research company, said that among 37 states, Indiana is in the top ten for the least amount of ski areas operating per state. Indiana only has two ski areas, whereas New York has the most, with 52 areas. Timothy Devlin, ski club sponsor and engineering teacher, said skiing has always been popular, just not in Indiana.

Ploss said, “Skiing among (young) people is not really as popular, but to people who live out in Colorado, it’s more popular just because it’s a great exercise. It was kind of surprising when I was out in Colorado, there weren’t that many people skiing out there. But I know there are a bunch of races, definitely a bunch at Abasin or Arapahoe Basin in Colorado, where they have races where they ski up the mountain to get more people into the sport.” 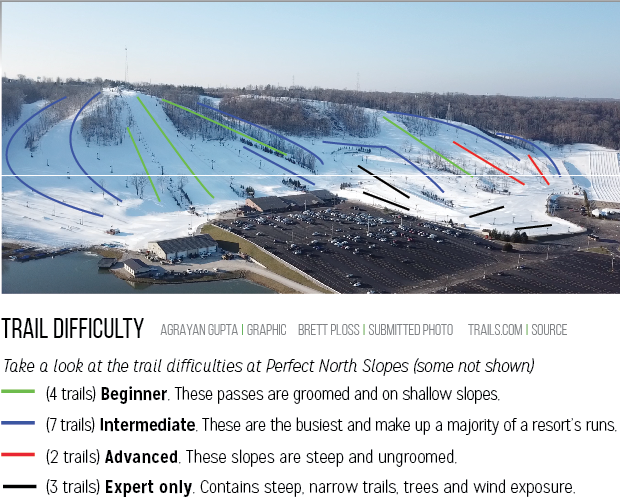 Devlin said he used to live in Colorado, and has skied and snowboarded since he was 4. Likewise, Sophia Georgiades, Ski Club member and junior, said her interest for skiing also started when she was four when her family members took her skiing. Devlin said some days in Colorado they had snow days for powder (when the mountains get a lot of snow) where the schools let the kids out to go ride in the fresh snow.

Georgiades said almost every spring or winter break her family goes out to Colorado or Utah specifically for skiing. Ploss said this is common for club members. Devlin said the costs for ski trips can build up, specifically in Colorado. He said last year certain ski areas cost $150 just for a day pass, so he took his daughter to Perfect North over winter break instead.

At Perfect North, costs can range from $39 to $95 a day whereas in Snowmass costs can go from $102 to $155 a day. Ploss said the cost can be limiting to new skiers. He said most people don’t want to try something new for $67, which is the cost for a lift ticket and rentals on a group rate at Perfect North. For skiers who are used to the sport,  he said, the cost does not hold them back because the sport is worth the money being spent.

Georgiades said the two ski resorts in Indiana, Paoli and Perfect North are both small, but good for day trips. Ploss said he has been planning additional trips to Michigan where the resorts are slightly bigger. The members are currently figuring out possible cost calculations for hotel prices, carpooling situations and parental chaperones.

Georgiades said, “(The club) is actually an interest club. That means that all meetings and club activities are organized without the parameters of what the school would sponsor. Basically, that would entail meeting after school and using the school as a place to meet, but the school has nothing to do with us really, so we can plan things whenever we want.”

Ploss said he keeps club meetings to a minimum because he said he would rather focus on what the club is about. The club usually only has one or two meetings a year to get everyone together and start beginners. Ploss said after everyone gets oriented, the members decide the details of the ski trips between themselves.

Georgiades said, “We have a decently large club and I’d say only about 30 percent or so of them have actually been skiing before. It’s more like people who love skiing will bring their friends to meetings and we’ll talk about getting them down to Perfect North or Paoli to try skiing for the first time. It’s more like trying to get our friends who have never skied into skiing.”

Georgiades said as kids get older and can drive further distances with their friends on weekends, skiing becomes a more popular winter activity, especially since Indiana has Perfect North and Paoli. She said skiing is not really gaining popularity as a competitive sport in Indiana, but is definitely a fun weekend activity for people to do with their friends.

“If you ever get the chance to go to a mountain in Colorado, take it, because it’s an incredible feeling; the areas out there are not like anything else,” Devlin said. “Once you see the chair lifts and environment, it’s just a really cool experience and I urge everyone to take it if they’re fortunate enough to go.”