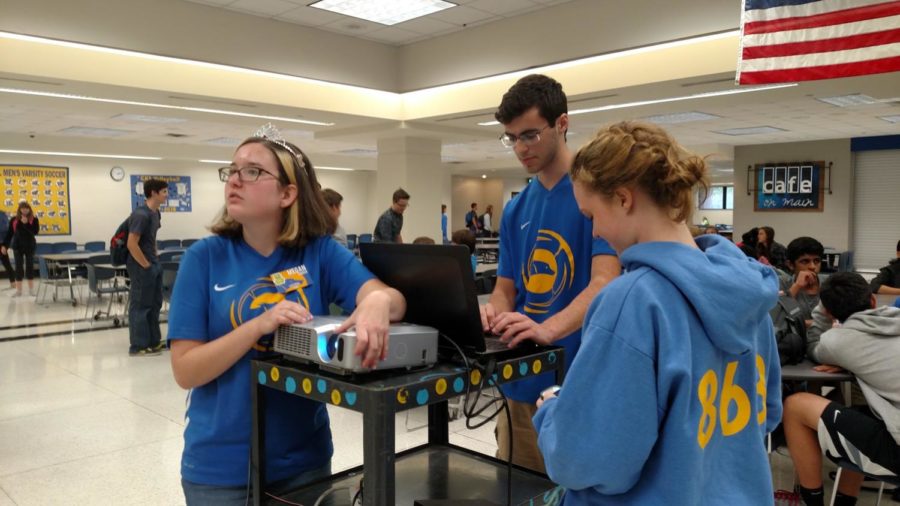 Megan Singer, Sam Bruns and Laura Dobie, TechHOUNDS members and seniors, set up for a meeting. TechHOUNDS is currently meeting every day after school for its build season.

After the announcement of the  For Inspiration and Recognition of Science and Technology (F.I.R.S.T.) Robotics game, TechHOUNDS is in week three of its six-week build season, in which club members will create a robot capable of completing the game’s objective. According to teacher mentor Zachary Bonewit, the club is currently one to two weeks ahead of schedule.

“We stay after school every day for three hours,” Dobie said. “We are working on developing our game strategy, robot design, prototypes and actually building this year’s robot. After build season is competition season where we meet and compete against other high schools in Indiana and hopefully throughout the world if we make it that far.”