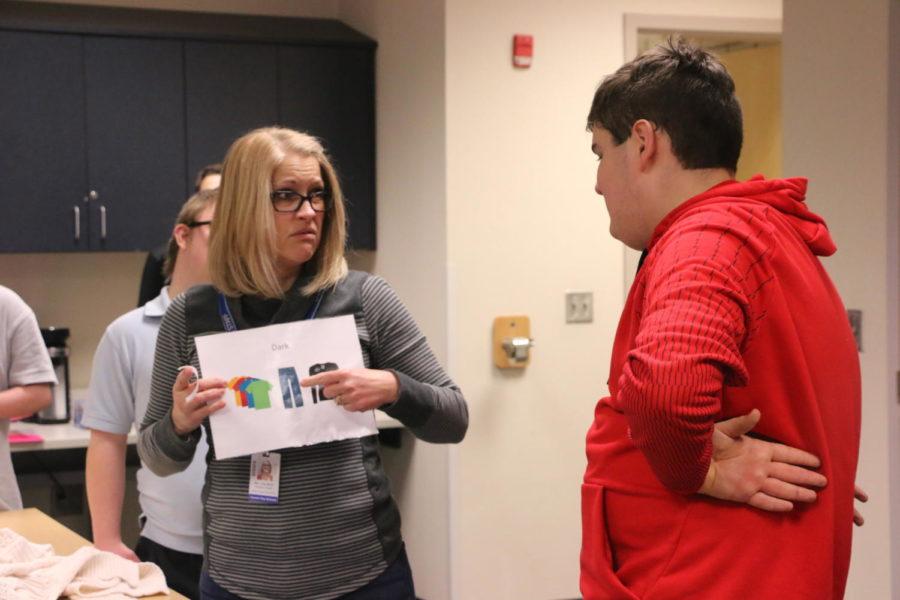 Just after college, therapist Joey McGill worked as an accountant, but she was unhappy. It was then that she opted for a change.

She said, “I was lost; I didn’t know what to do in college. The biggest thing is that I had no idea. That’s probably the most lost I’ve ever felt: when I went to college. I didn’t know what I wanted to do with my life; I didn’t have a certain interest other than medical school and then I was too afraid. I didn’t think I was smart enough to go.”

McGill said she eventually decided to quit her accounting job and go back to medical school despite the obstacles she knew she would encounter.

“It was really hard for my parents to support me and I had just spent four years in college and had a good job; doing all that kind of stuff,” she said.

But the road to the medical field wasn’t easy, and it took time.

According to McGill, she started out in outpatient orthopedics (at house rehabilitation therapy), but decided to take a more pediatric approach to the job, especially after her own experience.

She said, “When (I was) pregnant (with my middle daughter), we thought she may have Down syndrome. At the time I vowed I would definitely help kids if she didn’t end up having Down syndrome when she was born, and she didn’t.

As soon as her daughter was born, McGill said she took a pediatric focus and completed “First Steps,” a program where students go into people’s homes and work with the babies.

“I wanted to help the families that were going to have kids with disabilities,” McGill said.

Since then, McGill to be a part of the staff at this school. She said she believes the most beneficial tool one can have is the desire to follow his or her dreams.

McGill said, “I feel like you really have to follow what you believe in and what you feel like you’re being told to do with your life, which stems from the point of ‘You have to trust your instincts within yourself…’

“I knew within myself that I wouldn’t be happy in life if I wasn’t in a field where I was helping people; I wanted to be in the medical field so I quit (my accounting job) and went to physical therapy school… My parents will say they’re so glad I listened to myself instead of trying to follow their advice to stick with accounting. And that’s led to my whole career.”