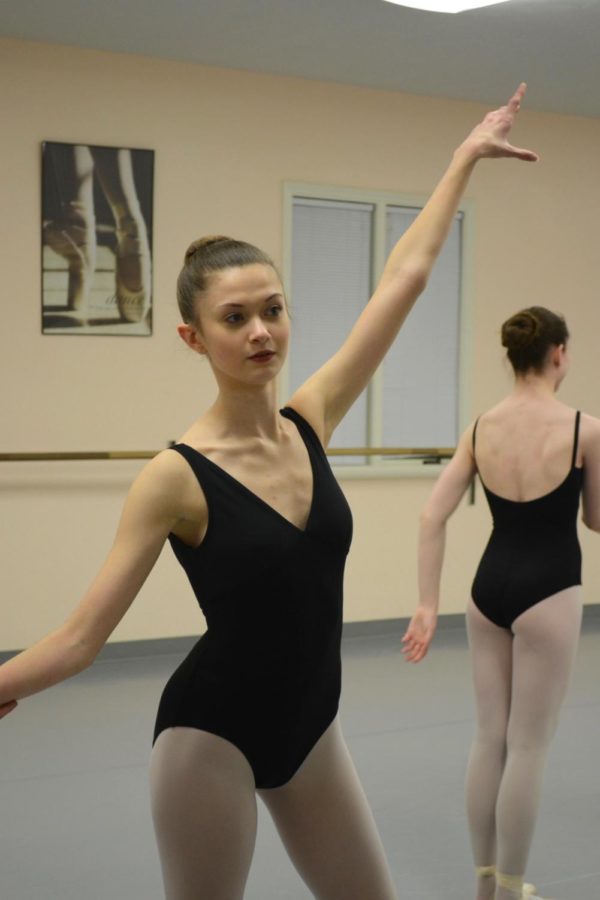 Senior Audrey Burdick is no ordinary dancer; she is a ballerina. Dancing ballet 25 hours a week for the Central Indiana Academy of Dance, Burdick commits her life to dance, and said she plans to continue her commitment throughout college at the University of Cincinnati, majoring in dance performance, and after at a professional level. According to Burdick, ballet is different from other forms of dance, both mentally and physically. She said ballet requires classical forms of music and costumes, while other forms of dance do not. Burdick also said dance takes an incredible amount of strength.

“It takes a lot of hard work. You’re exercising 25 or more hours a week, and you’re working muscles that most people don’t even know that they have, and you’re supposed to make everything look so easy, when actually it’s very hard,” Burdick said.

Burdick said she started dance at the young age of 3 years old. She started ballet when she was 9, and currently dances at Central Indiana Academy of Dance. As she grew, Burdick said some of the obstacles she overcame as a dancer mostly revolve around her strength, contributing to her ability to do certain types of dance. At 5 feet 6 inches, she said she is the ideal height for a dancer, but she had to work on her strength to make her a better dancer.

“I’ve had to face not being strong enough and not getting the roles that I wanted to get because I didn’t have the muscles to be able to do those roles. I had to work harder and start cross-training with pilates to start getting more muscle, so I could do more demanding roles,” she said.

Burdick said dance impacts all aspects of her life, including her social life. According to Burdick, most of her friends are dancers. While Burdick said she does have friends outside of dance, she said it is hard to find time to hang out with them with rehearsals on Friday nights and Saturday afternoons. She said her favorite memory from dance is her company’s most recent production of “The Nutcracker.”

“My favorite memory would have to be from this past ‘Nutcracker’ because I was the sugar plum fairy, and that is the lead role. It was probably the hardest thing I’ve ever had to do in my life so far, but it was the most rewarding.”