Teens with a Choice to plan for sex education talk 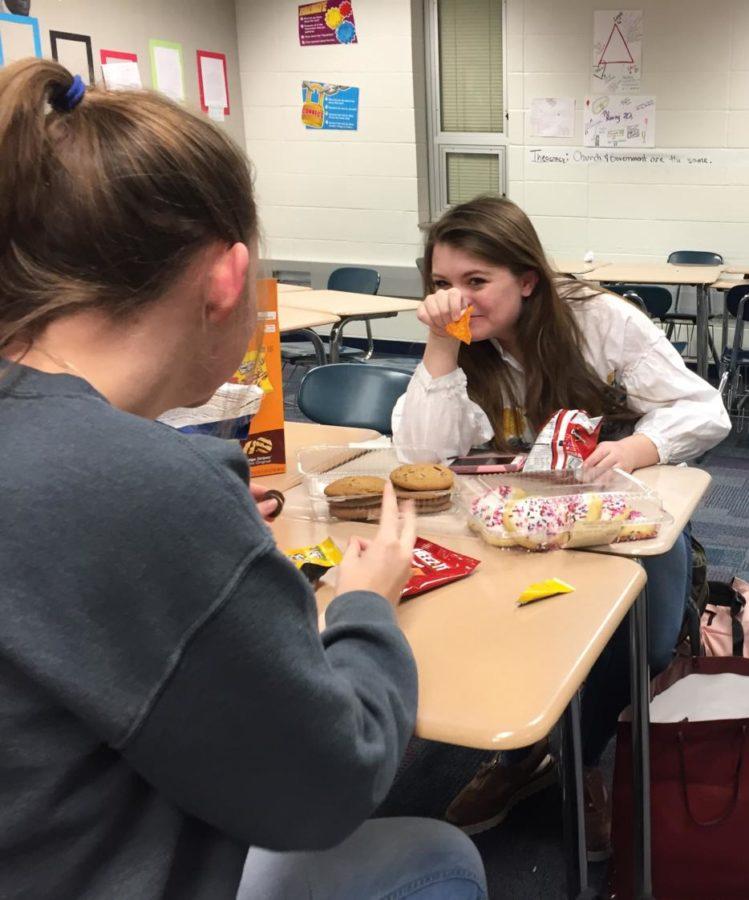 Teens with a Choice members discuss plans for an upcoming talk on sexual education at a meeting. According to president and junior Sasha Matsuki, sexual education is an important part of abortion rights issues.

Teens with a Choice will have a meeting April 18, according to president and junior Sasha Matsuki. She said the club finished its fundraiser for Prevail, a non-profit organization that helps victims of abuse and crime in the Hamilton county area.

Matsuki said, “We chose (Prevail) because they’re a local and nonpartisan organization that does a lot of good. Coming up, we’re looking to organize a talk on comprehensive sex-ed, making sure to cover all kinds of issues and ideas that usually aren’t covered in Indiana public schools.”

Sponsor Chad Andrews said, “I can’t wait to see what the students are doing. The student leaders really just plan out everything. I’m not that involved.”

Matsuki said she looks forward to the talk because it is an important aspect of the abortion rights movement.

She said, “A lot of people don’t really associate the pro-choice movement with comprehensive sex education, which I think is just miscommunication. It’s integral to the movement that people understand what they can do to be smart in their lives to prevent pregnancy and educating ourselves and others is an important step.”