Softball team competed against Crown Point on May 12 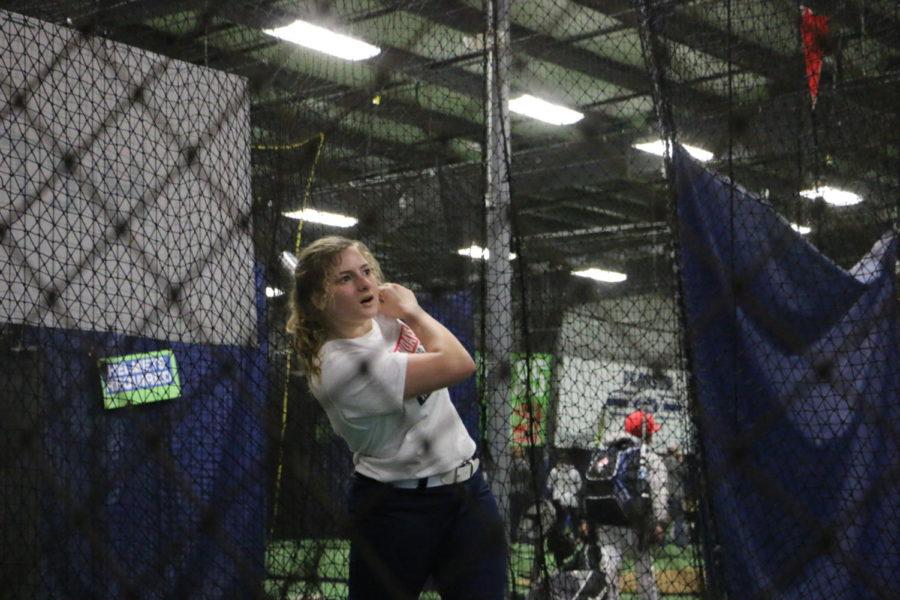 Sophomore Olivia Roop hits a softball in the Hittrax sensor. The sensor tracked the speed of her hit, the angle she swung her bat and the area in which the softball would have traveled if on a real field.

The game was held at New Palestine at noon. Head Coach Ginger Britton has a goal for the team to achieve by the end of the season.

“A goal for this season is to win games in the postseason. Our sectional is very tough, and with a young team that is learning to play together, we are hoping that we will hit our stride by the end of the season and be able to put together a run of wins in the postseason,” Britton said.

Olivia Roop, softball player and sophomore, said she enjoys a lot of different aspects of the softball season, but her favorite is being with her friends and competing.

“(My favorite part about the season is) probably just all of the fun times I get to have with my friends, and when we win a game, which shows that all of our hard work has paid off. I like to grow closer to my team and it’s more fun when we are able to win and be close,” Roop said.

Britton said the team looks forward to actually playing the games the most because they enjoy the competition.

Britton said “I think the athletes look forward to the games the most. While practice is a vital part of any team program, I believe that getting a chance to play their peers, some of which they have played (with) as teammates before, is what ultimately makes playing fun.”