Housing the Hounds: With Clear the Shelter event this Saturday, CHS students discuss challenges, obstacles with adopting from shelters 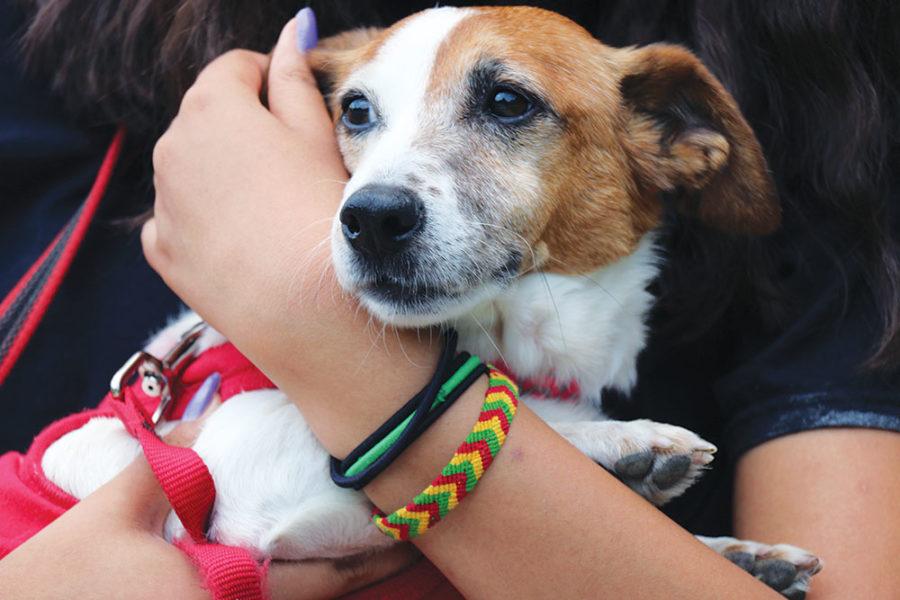 TUBBY’S TIME: Tubby, a shelter dog at the IndyHumane center, goes out on a walk with Junior Shreya Bothra. She said Tubby is one of her favorite dogs; thus, she makes the effort to spend some time pampering him whenever she volunteers.

In a common turn of events, even after years of pleading with her parents for a dog, senior Mayil Bhat’s parents did not cave in. But, as anyone who knows her will contend, her love for animals of all kinds, especially dogs, has persisted.

In August of 2017, she said she followed a friend’s recommendation to the Humane Society of Indianapolis (IndyHumane), and has been thriving in the next best thing to being a dog owner: volunteering with shelter dogs from all walks of life. There, she said she learned not only the numerous benefits stemming from adoption, but also some of the challenges and complexities that she said she wishes every person coming into a shelter could be aware of. She says if people are aware of some of the obstacles in adoption, the process would go through with more ease. With this opportunity to volunteer at the shelter, Bhat is still able to spend time working with dogs, even though she might not have an adopted dog for herself.

One way for many animals to find homes is through the annual Clear the Shelters animal adoption drive scheduled for this Saturday. Every year, hundreds of shelters work together for one shared cause- to find loving and permanent homes for animals without one. According to the official site, cleartheshelters.com, adopting is much more beneficial than buying when it comes to pets. As a matter of fact, according to the site, by adopting, it is almost equivalent to saving two animals; since adopters not only give one animal a permanent home, but they also make for more shelter space so another shelter animal can find a home.

According to the American Society for the Prevention of Cruelty to Animals (ASPCA), an estimated 6.5 million homeless dogs and cats enter shelters each year, while only about 3.2 million of them are adopted each year. This leaves many of the animals to live in shelters unable to find a home. 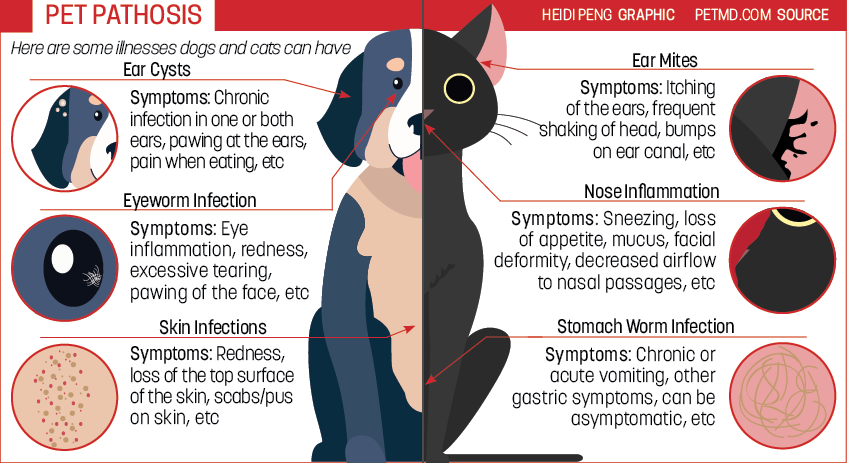 She talked about the history and the personal stories behind some of the dogs whom were received to the shelter and said, “Most of our dogs either come in from other shelters or they come in as strays, where people have found them on the streets. We once had a situation where about seven puppies came in which were all found by the train tracks.”

Bothra said just like the many animals from different backgrounds brought into the shelter to find a new home, the experiences she has had in engaging with the animals and the families looking to adopt them are just as diverse.

According to the ASPCA, the number of animals that are admitted to shelters annually is declining, which indicates a growing positive trend. This means fewer animals are left homeless and more are brought into shelters to be cared for. 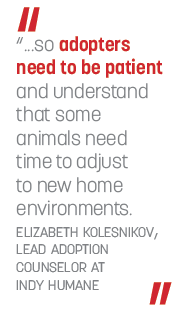 However, for these animals, out of all the sources to obtain a pet, only 23 percent of dogs and 31 percent of cats are received from animal shelters or humane societies. These statistics are compared to the 44 percent of total households in the United Sates that own dogs and 35 percent that own cats; however, there is an increase in the growth of a positive trend of adoption and stray pets being returned to their owners.

As much as Bhat encourages her friends and family to keep adoption an open option to getting a pet, she said the process, for anyone hoping to come in, requires a large amount of commitment, which comes with patience and respect for the animals and the staff and volunteers at IndyHumane. That process was thoroughly made in hopes of creating the best match for both the adopter and animal, and sometimes, she said people new to adoption may not realize what it takes behind the scenes, even if many families are able to adopt an animal within a day or during a short time.

For serious adopters, Elizabeth Kolesnikov, one of IndyHumane’s lead adoption counselors, said via email that doing individual research using the Internet is key, and it greatly eases the limited labor resources available at adoption center. Then, families should consider time and monetary commitment as well as the activity level they are looking for in a pet. This way, the application process streamlines the possibility of making a good match and adopting promptly.

According to Kolesnikov, the monetary commitment to care for an animal is a major factor in adoption and is something shelters work to make sure owners can account for. This not only makes sure the animal is able to be cared for, but attempts to reduce the stress on owners and thus creates a better environment for the animal to live in by letting owners know of costs of having a pet before hand.

In the initial year of pet ownership, a pet owner must be aware of the many hidden fees and costs like veterinary bills and initial purchases of supplies such as crates and collars, according to the ASPCA. The costs of first year care can range from $1,500 to $2,000, and in the following year costs will slightly decrease to around $1,000. Knowing these figures before committing to them is an important step in adopting any pet, whether or not the animal seems high maintenance.

Bhat says one example of a good match is families with small children who normally consider adopting puppies could instead look at middle-aged or older dogs.

“Puppies are not always the best options for (younger children) because puppies get scared easily, too,” Bhat said. “When they’re young, they need a lot of nurturing to build up their confidence; it’s almost like having another kid. (With older dogs) they don’t have to worry about an extra child essentially coming into their homes.”

However, Bhat said similar personalities and interests between a human and a pet are not the end-all-be-all for both sides. There are other aspects in adoption that need to be met.

“Even if you are the right match, it doesn’t mean that you can still do something like that because it’s a lot of responsibility. I think there’s more than (if) your disposition correct for the human and animal (connection), it’s more about are you yourself willing to take responsibility for another living thing,” Bhat said. 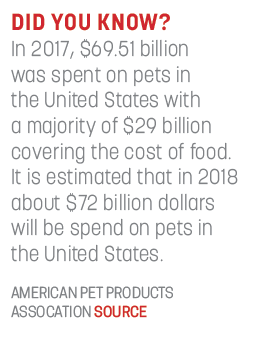 Kolesnikov said she emphasizes that with shelter animals, such as the puppies from the train tracks, adopters should expect to spend some time to help the animals adapt to their new home.

“Rescued animals have various histories, so adopters need to be patient and understand that some animals need time to adjust to new home environments. Many adopters get nervous because they feel like they don’t ‘bond’ to an animal right away when they take it home, but that’s often because an animal is stressed out because they have no idea where they are or how long they are going to be there,” Kolesnikov said.

For both Bhat and Bothra, they said the shelter, its animals and the people who practice the phrase “adopt don’t shop” bring much joy to themselves and others member and volunteers who help out.

“(The Humane Society) really helped me de-stress, especially during the school year,” Bothra said. “It’s something I can look forward to, and since they’re a non-profit organization, it really helps me know that I’m committing a good deed and using my time wisely and efficiently by helping these animals and by helping these people.”

Bhat said one of the highlights for her was interacting and being with an elderly dog named Hubert, who was stressed and scared of other people and would hide in his cage when he saw them.

“I got him out eventually and started brushing him, and we got a really good bond,” she said. “Weeks later, someone adopted him and it was exciting. It’s exciting when someone adopts a dog that you’ve been caring for so long.”