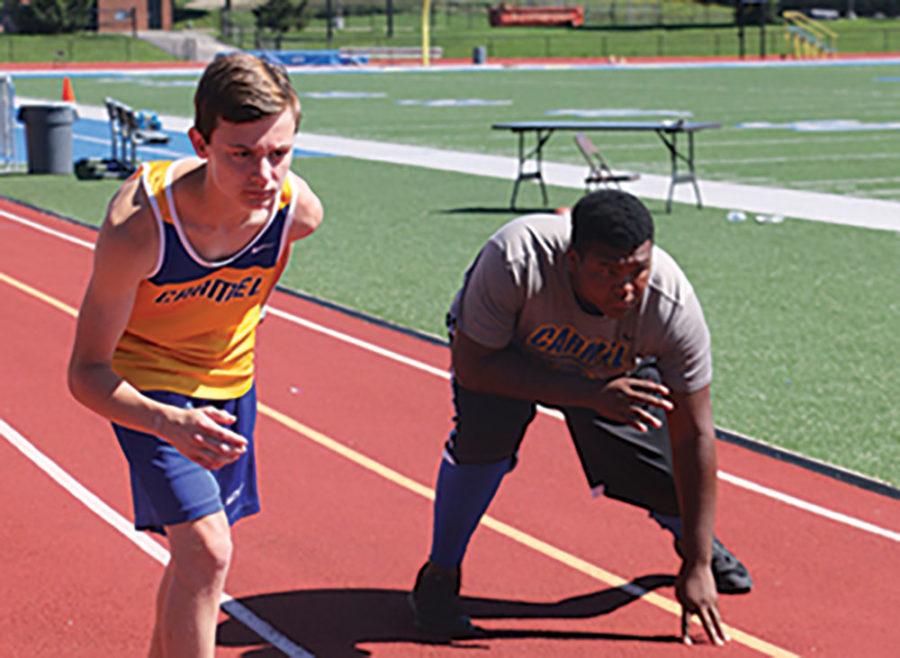 starting stance: Trevor Johnson, cross-country runner and junior, and Caleb Shaffer, football player and senior, show their starting stances for their sport. Their different body types helped them better succeed in their sports. The two do training outside of their sport by focusing on the different muscles needed.

An often overlooked aspect of sports is the size and shape of the athletes themselves. The body build of an athlete can even determine which sport he or she is most likely to succeed in. For example, a smaller person, in most cases, won’t have as much of a chance to be a professional basketball player as a much taller player. 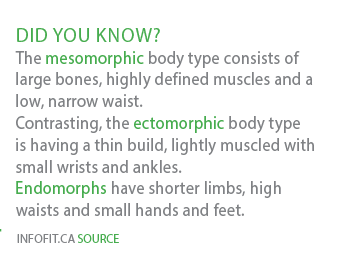 According to infofit.ca, a website that explains the different body types and their uses, some common body sport stereotypes include marathon runners tending to be light and lean and gold medal powerlifters being solid blocks of muscle with short arms and legs. Athletes at this school said they recognize these qualities as well.

Brandon Matura, football player and junior, said his body type benefits him and also hurts him while playing football.

“My body type helps me use my total strength and allows for more movement than others in my position, but it makes me top heavy at times, making for changes in direction sometimes challenging,” Matura said.

According to Infofit, having the right physique for the right sport is a great starting point. Matura said he recognizes this and said he believes his body type is optimal for his sport.

“I would think my body type is optimal for my position and my sport because it allows for me to have an edge against my opponents,” Matura said.

Noah Bergsma, cross-country runner and junior, said he believes his body type helps him succeed in his sport, with some drawbacks.

“I feel like my body type can be optimal as my long legs give me a further stride than most, although it can be challenging as it is harder to move my legs than others,” Bergsma said.

Bergsma also said he agreed with the fact that people who have skinnier body types and are ectomorphs tend to succeed more in a running sport like cross-country.

“People with (a) tall, lanky body type like mine, do well if they constantly strengthen (their body) to further increase their muscle mass in their legs, but (the result) can end up negative if it is never worked on or strengthened,” Bergsma said.

On the other hand, Matura said he agrees people who tend to be more mesomorphic succeed in football, like he does. 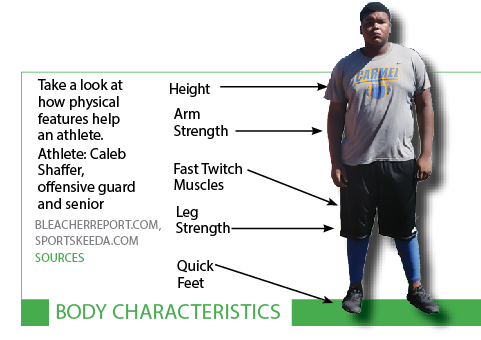 “My sport and position does reflect and benefit my body type because in football, an offensive tackle needs to have the most length and strength possible to best play the position,” Matura said.