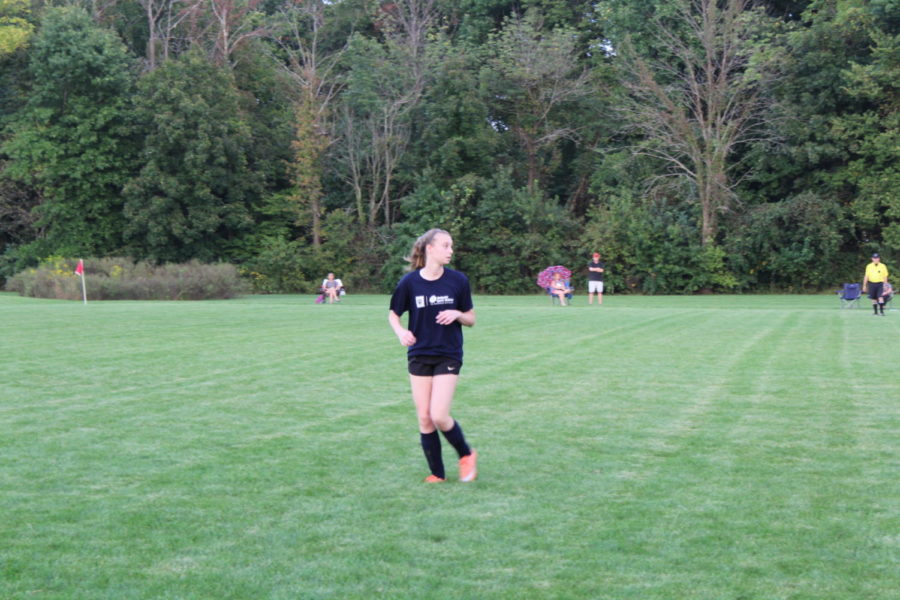 Maggie Killian, soccer player and freshman plays a game at CDC’s Shelbourne fields. Killian talks about how much she has enjoyed playing CDC for the past three years. “It’s a lot of fun. There isn’t a lot of conditioning or training so it’s just fun to be able to go out and play,” she said.

Jack Beery, President of CDC encourages students to play a sport sometime during the school year, “We have all different levels of competition, and it is a great way to make friends!” Beery said via email.

Sophomore, Maggie Killian, started playing CDC soccer when she first moved to Indiana; “I have been playing soccer for CDC ever since I moved here 3 years ago. I have continued playing because I have a lot of fun just getting to play soccer with friends but also meeting new people each year,” Killian said.