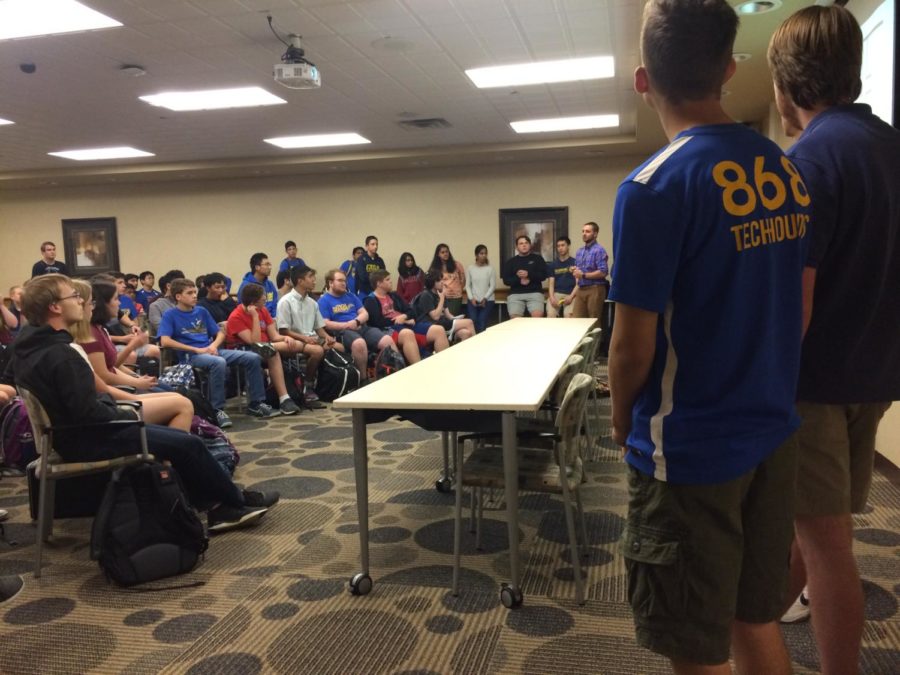 TechHOUNDS will have meetings each Thursday from 3:15 to 5:00 after school in the main cafeteria with the exception of Oct. 11 for fall break. Zachary Bonewit, head coach of TechHOUNDS and engineering teacher, said the upcoming meetings on Oct. 18 and 25 would allow new members to begin learning principles and information for the build season.

Ethan Moran, Public Relations team member and senior, said the time period was also a time for new members to adjust into the workflow and time schedule of TechHOUNDS.

“This week we’re starting to actually work with the division you decided to go with. The next weeks are going to be about training the new members, making sure everyone knows that they are sure where they want to be,” Moran said. “They can switch up if they’re not sure yet, but it’s really just getting settled.” By James Yin