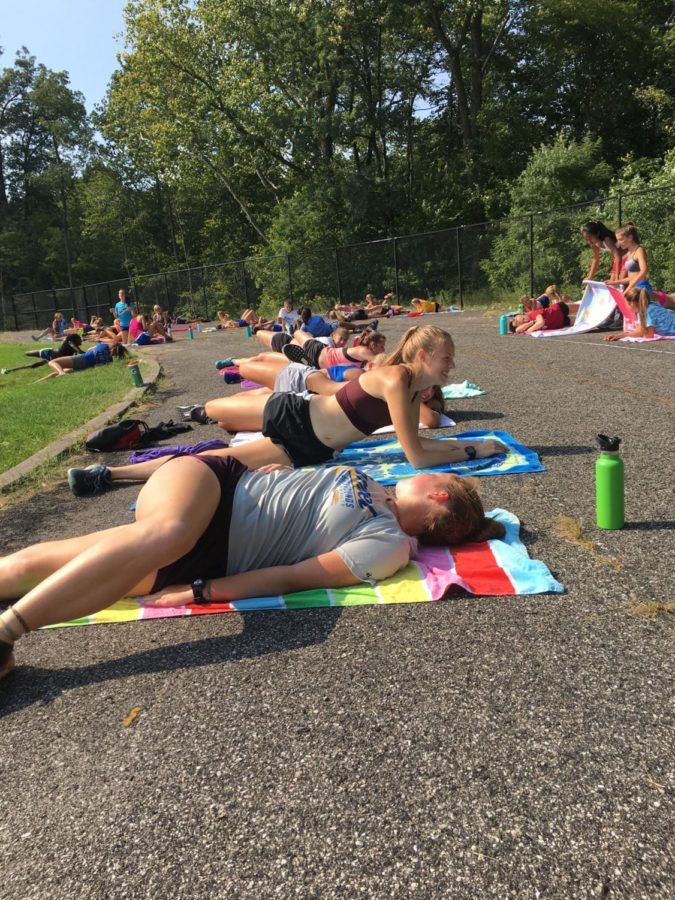 Members of the CHS women’s cross country warm up before practice. The team recently came in fourth place at the Regional meet, qualifying for Semistate.

The women’s cross country team continues in its tournament season, going strong, after a fourth place award in a good-weathered Regional meet this past saturday. Brebeuf and Pike provided major sources of competition, according to Head Coach Andy Dalton. Last year Brebeuf beat CHS in the Regional race, and again dominated this year with a first place win over second place Noblesville, and third place Pike. However, according to Dalton, he didn’t race some of the top runners.

“We rested some of our girls so we (weren’t) at full strength. It’s about making sure you get through and qualifying to the next round,” Dalton said.

When deciding who to rest for certain races, and who to run for others, Dalton said there isn’t a clear method to choosing.

“Some of it’s trying to figure out who’s tired, who got sick that week, and then you try to figure it out based on how they’ve been running all year,” Dalton said. “You’ll split up your top seven or eight girls, so you’re still solid.”

Varsity runner and sophomore Phoebe Bates is proud of the team’s performance in the Regional meet, and looks forward to running in the Semistate and hopefully State meets.

Bates has high hopes for herself and the team as they go forward with the tournament season.

Bates said, “Our biggest team goal this year is to compete to the best of our ability and win State.”

The women’s cross country team will be in action Saturday Oct. 20 for the Semistate meet at Blue River Park in Shelbyville, Ind. at 10:30 a.m.