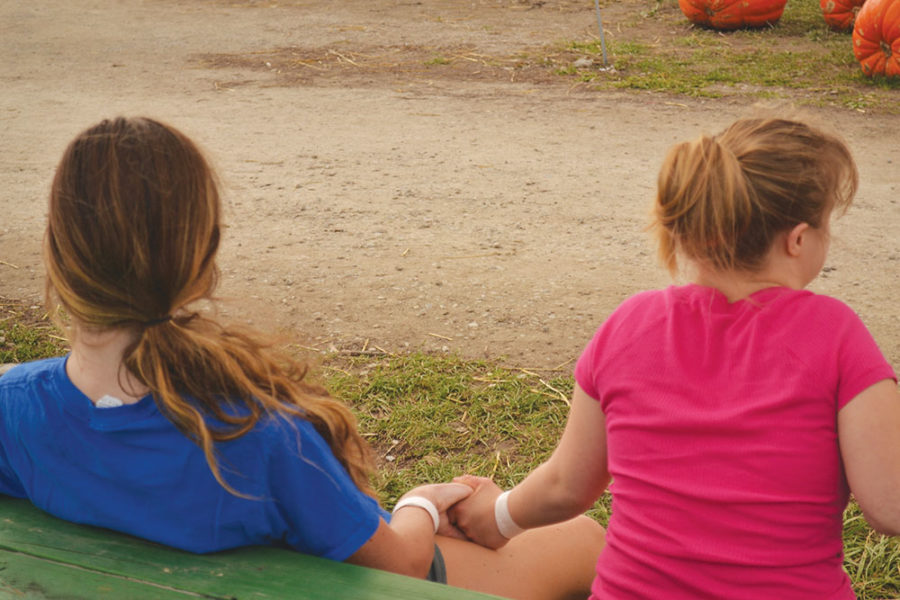 This fall, Gabi Stigter, Best Buddies member and sophomore, and Christine Ellis, Best Buddies sponsor and English teacher, find themselves competing against each other as well as CEOs and state anchors in a state-wide competition in order to be named “Best Buddies Champion of the Year.”

For this, both Stigter and Ellis are involved in an eight-week-long fundraising campaign, which started Sept. 13 and lasts until Nov. 10, in which they are each trying to raise the most funds and awareness for the program. The money the two of them raise will go to towards the state organization.

As part of this process, Stigter said she hosts Chick-Fil-A “Give Back” nights, works booths at the Farmer’s Market and urges people to show their support for the program. On the other hand, Ellis’ campaign has included sending numerous letters to businesses asking for donations as well as hosting “Give Back” nights like Stigter has done.

For Ellis, it was her relationship with her cousin who is severely autistic that influenced her to become involved in the club in the first place. Ellis said she noticed her cousin had difficulty retaining friends and wanted to do something about it, so she joined Best Buddies.

According to Ellis, the success she had at Butler by receiving the Indiana College Chapter President of the Year award has motivated her to increase the impact that CHS’s chapter of Best Buddies has on those with disabilities. She said seeing the impact her work with the program had during college has encouraged her to be more passionate about her fundraising for her “Best Buddies Champion of the Year” campaign.

Ellis said, “Because of my experience with Butler and the success with that, as well as working with people with disabilities, I wanted to do the same at (CHS) and really rebuild the chapter. Again, (I want to) spread the word of inclusion and friendship throughout the entire school.”

Like Ellis, Stigter said the relationship she has with her best friend who has Down Syndrome has strongly impacted her dedication to Best Buddies and what she wants to do with her future. 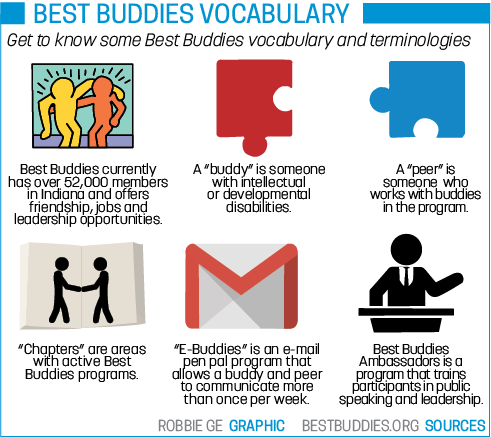 Stigter said, “I want to be either a kindergarten teacher or in special education. (This goal) originally started when I was around 6 because that’s when I met my best friend who has Down Syndrome, but I think Best Buddies has really helped me go towards that path.”

Sophie Minakata, Best Buddies member and senior, discovered her passion for the club through a different way.

Minakata said, “ For my future plans, I want to continue working with children with special needs. Not exactly being a teacher, but a speech pathologist. Right now my best buddy is 100 percent nonverbal and I try to help him learn words and vowels which will benefit him in the future.

Ultimately, Ellis said Best Buddies is not just a club that benefits those with disabilities, it benefits all of those who are involved with it.

Ellis said, “Formally, Best Buddies is an organization that pairs people with disabilities and without disabilities in one-to-one relationships, but to me it’s really an organization that teaches you life values that we all hold every day, which really is friendship. Also (I like) the fact that everybody is looking for genuine friends and I really didn’t learn what that was until I was paired with somebody that had a disability, and so for me I think I learned how to be a friend and what I deserve in a friendship. I learned through having a relationship with someone that had a disability what I was worth and what I was capable of.”