Q&A with senior Audrey Satchivi, who competed in the Jeopardy! Teen Tournament 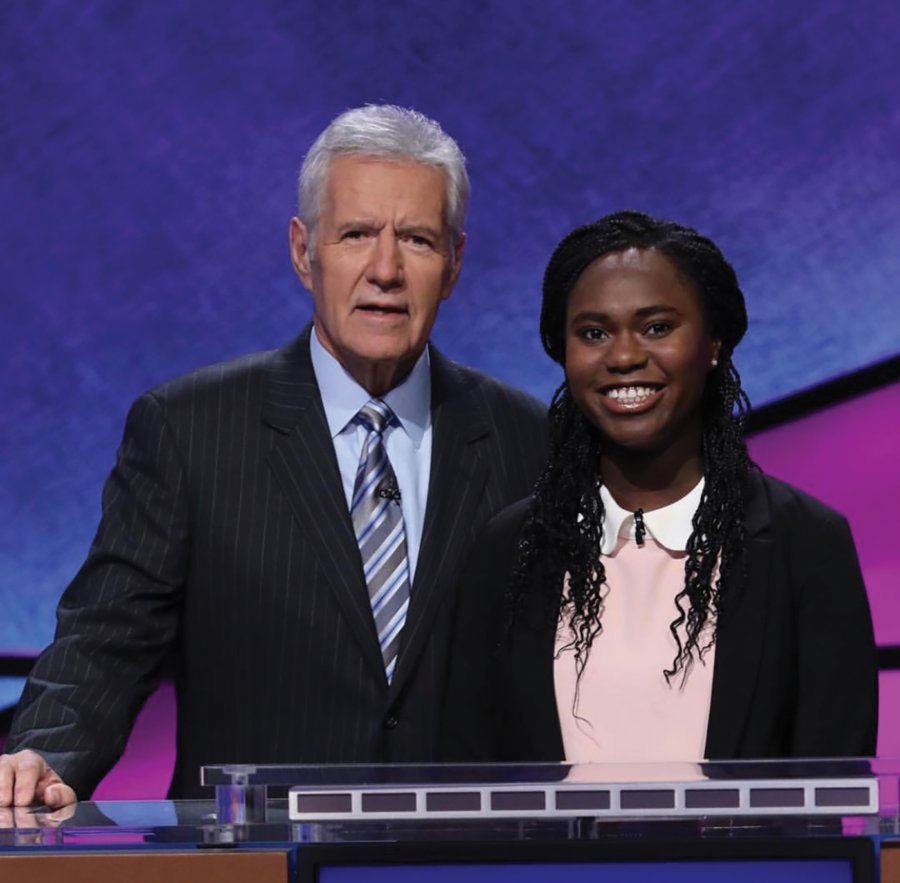 Jeopardy competitor and senior Audrey Satchivi poses with the show’s host, Alex Trebek. He has been a host for over 25 years.

How did you get onto Jeopardy?
I took a teen test in April; they were advertising it on Jeopardy the night before, so I signed up and took the test. (They said), “We’ll tell (you) within 18 months if you’re (going to) be on the show.” Two months later in June, I got an email from them; I had gotten a lot of emails from them before, but this time it said “Your audition location (is) in San Francisco in July.” There, they make you do an interview, another test and a game in front of all the other contestants; it’s really nerve-wracking. I don’t think I did very well on the test, but maybe the interview made them like me. (A week after that), they called my mom and (said), “She made it on the show.” They flew me out to California and we filmed it.
What was your favorite part about being on Jeopardy!?
My favorite thing was probably seeing clues that I have a connection to or meeting Alex Trebek. He’s really cool, I’m Canadian and he’s Canadian so we bonded over that. I think the most exciting thing was making a lot of new friends that are so much like me because they live throughout the country but they’re still the top 15 kids who made it on Jeopardy.
How has your family supported you?
They were really supportive. My mom and my dad came with me to California both times. Unfortunately my older sister, she’s a sophomore at IU, couldn’t come in the summer because she had an internship and when I was filming she couldn’t come because she had school. I would talk to her every night during the filming. It was fun because it felt like she was there, even though she wasn’t.
What are some of the differences between contestants you noticed?
I don’t want to be mean, I don’t want to say I was less nerdy than them. There was this girl who was literally like my twin. I think we all had different (qualities) in the sense that we had different things that we liked and focused on. A lot of people were more (focused on) science and literature and I was (more) random pop culture stuff because I think that’s easy to remember and fun. I think we all had strengths and weaknesses. That’s what sets us apart from each other because a lot of us are very similar.
How has being on Jeopardy impacted your life?
Before, Jeopardy was a thing I would watch with my family, and in school when we would review for tests by playing Jeopardy I would (get) really excited. After, it’s something I (can) write my Common App essay about. I think it’s really cool to see how something that was just a game at some point become something so big in my life; (it’s) really a defining moment. I definitely think I’m a more interesting person now because (sometimes) they ask you to write five interesting things about yourself and I don’t know what else to say other than I’m very clumsy and fall out of chairs and get concussions and stuff like that. Now I have something more interesting to say about myself. 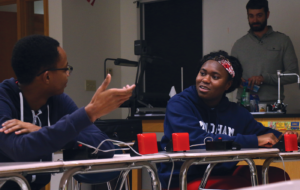