Back in Business: As Abercrombie & Fitch recently reopened in Indiana, students, staff consider how companies recover from past mistakes 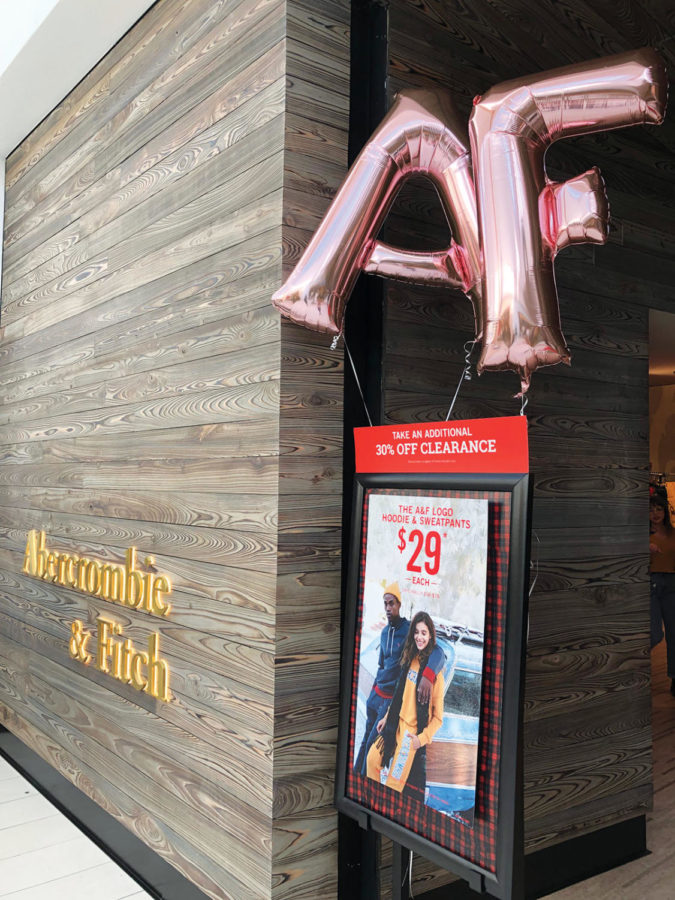 Balloons float in the entrance to the new Abercrombie & Fitch (A&F) store at the Fashion Mall. Sophomore Zoe Edwards said stores such as A&F can successfully rebound if they address their mistakes.

Abercrombie & Fitch (A&F) recently reopened at the Fashion Mall at Keystone on Nov. 9. While A&F closed down at the Circle Center, Castleton and Fashion Malls in 2016 due to sales decreases, the company is now making a rebound in Indiana.

According to Robert “Bob” Browning, IB Business Management teacher, the company’s rebound was likely due to strategic planning, which is vital to a business’s success.

“I think (A&F’s rebound) goes to this notion of strategic planning,” Browning said. “It’s actually figuring out why our business failed and being smart about figuring out how we can correct that. And at the same time, understanding things like, ‘What are the trends in my industry? How do I market best? Am I keeping up with the change in demographics?’ (With) the new generation being so involved with social media, for example, you want to make sure your marketing matches the demographics of your target market.”

So how did A&F target specific demographics? According to Business Insider, A&F’s main target demographic has been teens, and the company’s marketing used to focus on an almost exclusively cool and trendy image. Brand images are vital in attracting customers, and A&F was able to build a consumer base with its unique styles.

For instance, sophomore Aida Niese said A&F was one of her favorite and most frequented brands, largely because of the clothing style.

However, A&F’s brand image has evolved a lot over the years, and according to Business Insider, it was brought into a controversial spotlight back in 2013 when consumers were upset that the company didn’t provide XL and XXL sizes for females. Although the brand’s focus was on an exclusively cool style, many consumers thought it went too far.

Browning said when managing a company, it’s extremely important to keep the interest of the target demographic in mind, as well as the possible consequences of actions taken.

“As an owner and as a business, it’s not illegal necessarily (to do something unethical) but it may turn off a different segment of the population, or maybe it’s going to create some backlash on social media, and you just have to decide (if you want to go through with a controversial decision),” Browning said. “You have to understand there may be consequences. And then, you have to decide, ‘Do I feel strongly about the direction I want to go, that I’m willing to do that? And do I have strategies to counter the backlash?’”

Yet while the controversy did correlate with a decline in sales, not all A&F consumers were aware that a controversy had happened. Niese said she hadn’t heard of the scandal even though she frequently shopped there.

However, A&F quickly corrected itself, and began stocking XL and XXL sizes soon after.

According to sophomore Zoe Edwards, A&F’s correction of past policies was a great example of how companies can still rebound if they correct their mistakes or issue apologies.

Edwards said, “I feel like (businesses) need to be open about the fact that (they) made a mistake, because I think there is some problem with our culture where we have the idea that if someone makes a mistake, they’re canceled. So I also think that, companies especially, need to accept their wrongdoing.”

However, businesses don’t just need to be flexible in fixing their mistakes—according to Browning, they also have to adapt to new environments and generations as well. As Browning mentioned earlier, today’s newer generations have a heavier focus on technology—and incorporating online shopping and other aspects of technology could boost the company tremendously.

“The newer generation is so focused on technology and convenience,” Browning said. “If (companies are) not present in that type of marketing, (they’re) going to miss those customers. And if those customers now are an entire generation, it’s going to be a problem.”

Edwards added that today it can be much harder for brands to gain a loyal following of consumers, because with the expansion of online shopping, it can be much easier to find similar alternatives to products; thus, it can be even easier for companies to experience a major decrease in sales after making even one mistake.

“I think more so now, than historically, it’s a lot easier to cross the line, because the world is more globalized now,” Edwards said. “You have a wider access to a wider array of goods and businesses.”

Despite the many ups and downs A&F has gone through, the company has been experiencing increased sales recently.  While the closings of several Indiana A&F stores a couple years ago may have seemed like a low point to the company, A&F could still have a bright future ahead if they account for the long term and learn from their past mistakes.

Edwards said, “Now consumers really do have a choice; the power lies with the consumers to ensure that businesses are being ethical.”