Senate to assign Care to Share families to SRTs 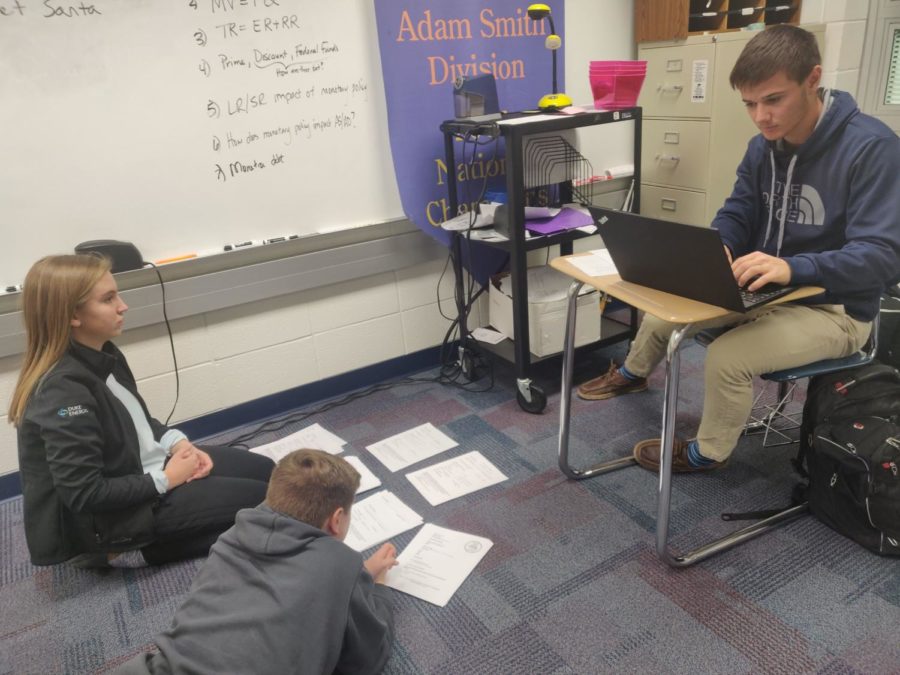 Student body president Tim Metken, freshman Grace Rexroth and freshman Sean Grove, organize Care to Share information for SRTs. According to Metken, Senate needs to provide SRTs with their Care to Share person information as soon as possible to give each SRT enough time to purchase gifts.

According to Michelle Foutz, Senate sponsor and social studies teacher, the primary activity on Senate’s agenda is Care to Share organization.

Foutz said, “We’re trying to get Care to Share together right now and send out families to SRTs…We’re still struggling with communicating with some of the families, so we’re trying to get lists for everyone and sorted between the SRTs.”

Student body president Tim Metken said while Care to Share planning is currently hectic, he still believes there will be a good turnout

“(Care to Share) is a little unorganized, but it’s still pretty good. There’s just a few holes we’re trying to fill right now, but it’s alright other than that,” Metken said.

Furthermore, Foutz said there have been minor hiccups with Care to Share planning.

“There are 50 people that will be supported (with Care to Share). We have it on spreadsheets, the breakdown of how much each SRT wants, but overall we’re supporting 50 people,” Foutz said. “But, as we’re calling the families, we’re finding out that some of the families have more people than what was originally disclosed to us, so it’ll actually be a little more (than 50 people).”

According to Metken, the Winter Dance is next on Senate’s agenda.

He said, “(The Winter Dance) will be in January and that’s always a good time.” By Heidi Peng.