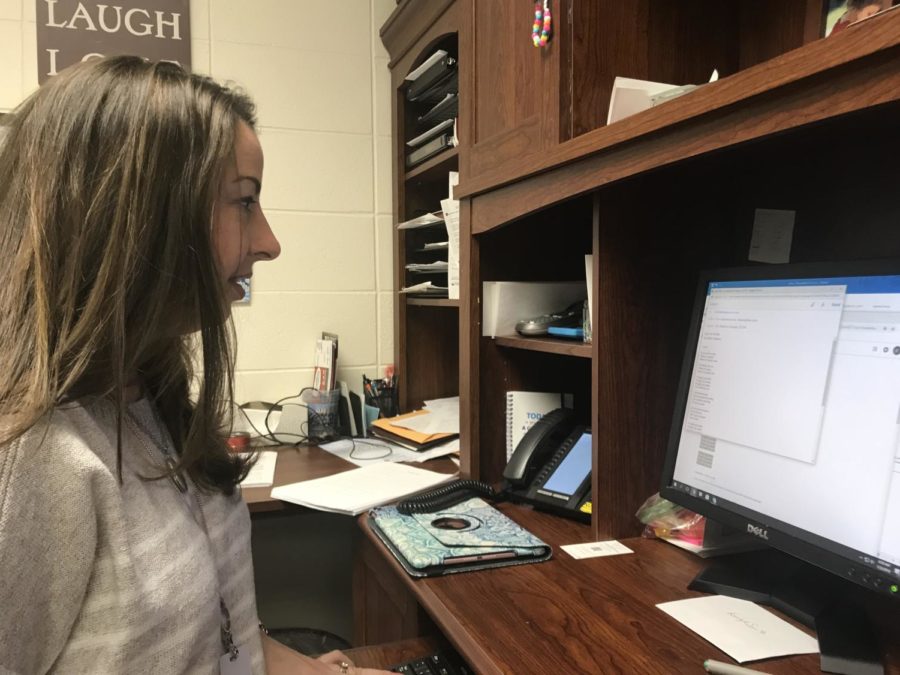 Director of choirs Katherine Kouns prepares a program on her computer in her office on Jan. 22. The program was for a concert being held at St. Luke’s United Methodist Church.

Students from all of the choirs except Counterpoints and Expressions recently went on the Applied Music trip to New York City, getting back on Jan. 21.

In addition, the choirs are currently in audition season, which will run until March.

Director of choirs Katherine Kouns said that students are being pulled out for sight-reading, a musicianship assessment and a solo. Students who wish to audition for a competitive level choir are also required to prepare a video audition.

Kouns said, “Just because we’re in the midst of auditioning our current students doesn’t mean that any new students aren’t welcome. If there are any students who aren’t currently in choir and would like to join, they are always welcome. They can come by and get the information from me, Mr. Barker or Mr. Chenoweth.”

The choirs are also preparing for the Choral Showcase, which will take place on Feb. 28. According to Kouns, the concert is “a little over an hour” and will feature all of the choirs except for the competitive level choirs and Greyhound Sound.

Ashley Easton, Rhapsody member and sophomore,  said, “I’m feeling a mix of excited and unprepared, as with most choir concerts. It’s exciting of course to sing with an audience but there are times when I worry about if we’ll improve enough with the time we have. Especially this quarter for the choral showcase, it’s easy for everyone, especially the directors, to feel unprepared. It’s hard to squeeze in enough rehearsal time with auditions going on.”