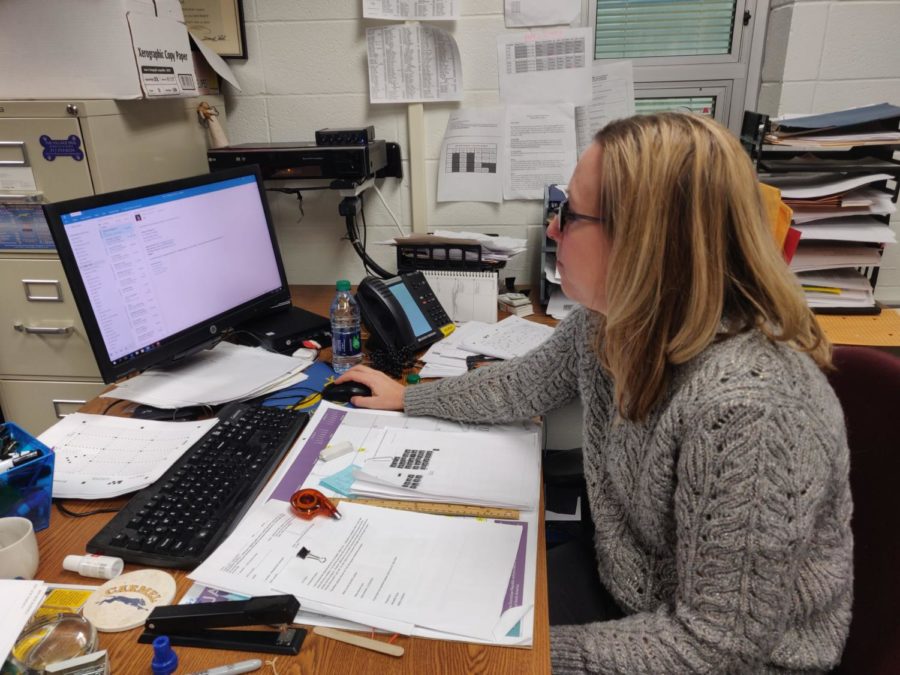 Michelle Foutz, Senate sponsor and social studies teacher, checks her emails during SRT. According to Foutz, this year's biggest change with Brain Game is the addition of Transition to College Program (TCP) students into the competition.

According to Michelle Foutz, Senate sponsor and social studies teacher, Senate is currently planning for the annual Brain Game competition.

Furthermore, Foutz said this will be the first year that Transition to College Program (TCP) students will be allowed to compete.

Foutz said, “It’ll be interesting to see (if) they’re going to have a huge advantage over (others) because obviously in an SRT, you only have 30 people to choose from. With a TCP group, you’ve got hundreds to put the teams together.”

Moreover, according to Patel, the addition of TCP students creates difficulty in making brackets because of how many more seniors will be competing this year, albeit he said there is a committee for Brain Game to aid in the planning process.