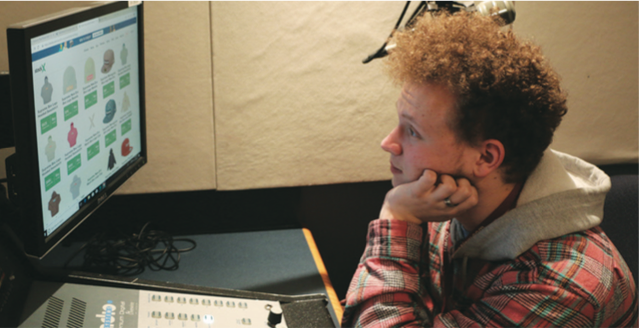 SEARCHING FOR SUPREME: Junior Connor Inskeep scrolls through the resell websites of Supreme clothing and accesories. He said most items tend to sell out within seconds on the original site.

Junior Connor Inskeep likes the fashion brand Supreme. Similar to others at CHS, Inskeep considers himself an avid follower of Supreme. Inskeep said his wardrobe has a whole section dedicated to Supreme and he keeps tabs on the new products the company produces. 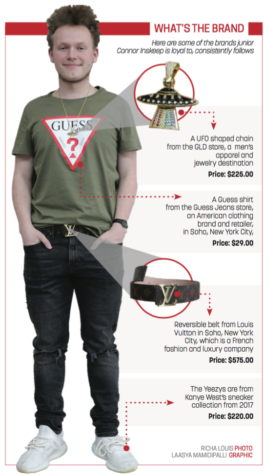 He said he recognizes the efforts Supreme has gone through to form connections with its target audience.

“I believe that companies create a hype around (themselves) by creating a limited amount of product and just through famous people wearing it, whether it’s in professional sports, acting or just people with power,” Inskeep said. “There is much less pure advertising going on to appeal to people like me. Supreme created their hype by limiting stock and getting famous people to wear their clothes. They rely on a sort of ricochet effect to get more kids into the brand.” 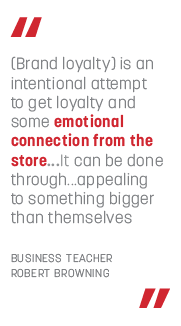 For Inskeep, that marketing has worked, and over time he’s become loyal to the Supreme line of products. He’s not alone as many other students here and around the country go out of their way to buy products from certain companies. This is known as “brand loyalty,” and companies employ a variety of strategies to secure it, especially in recent years as it becomes a more important marketing strategy. From “Joe Camel” trying to get a younger audience into smoking to today’s celebrities and social media influencers wearing designer clothing, companies have wanted to capture the hearts of the new generation of consumers for decades. While some say such loyalty can be detrimental, others say that it makes shopping in such aggressive climates easier, and many agree that brand loyalty is a real phenomenon and results in a bond between consumer and company.

Business teacher Robert Browning defined “brand loyalty” as a connection between the company and consumer, whether that be their product specifically or something else.

“(Brand loyalty) is (an) intentional attempt to get loyalty and some emotional connection from the store. That can be done through direct advertising, but it can also be done through what they call ‘ESG’ (environmental, social, governmental) where they are appealing to something bigger than themselves,” Browning said. “It causes consumers to not just like the product they buy but also have some bias in favor of the company itself as well.”

Freshman Adrien Qi resells Supreme items and said his experience with reselling made him believe that it is much less the quality of the products than the hype around them that causes people to be loyal to a brand.

“It’s really hard trying to buy Supreme (directly) because of the pure demand for it. When I was getting started in (reselling), it was amazing how fast places would sell out even for (products like) Supreme chopsticks,” Qi said. “

I know they sell high-end clothes, but now I’m sure people just buy it for the brand name and the ability to show it off. Many of the people I sell to are much more into the company and loyal to them over the stuff I sell.”

However, Browning said he doesn’t believe Supreme specifically has really had enough time to have brand-loyal customers.

“Just based on what I saw and talking to students in school, I don’t think it’s the idea of brand loyalty so much as them tapping into the power of social media and getting people to want what other people have,” Browning said.

“I don’t know whether you can call it loyalty to the company or if it is just some new fad that brings attention to someone. Supreme would have to take what they have and build an actually emotional connection to start building some loyalty to their product. It’ll be interesting to see if they can do that from where they are now.”

Browning instead proposed an alternate popular company that supported his idea: Starbucks.

“It’s really important what kind of image a company puts out there. Starbucks is known not only for their drinks, but how well they treat their employees and their other programs,” Browning said.

Inskeep said he agrees with Browning and said he and his friends like Starbucks for more than just their drinks, though quality does play a role.

“My friends love going to Starbucks because of the ambiance their stores have and how well the employees are treated,” Inskeep said. “It’s to the point where we feel fine trying out the new stuff Starbucks might put out, even if it’s bad like the rainbow-colored Frappuccino. It gives us confidence that Starbucks will generally make quality food.”

While Qi agrees with Inskeep on this point, he said the confidence that brand loyalty provides can be used and manipulated against the consumer.

“I think it’s good that people can find quality products and sellers, but I could very easily take advantage of that,” Qi said.

“Some of the stuff I sell, I sell at a higher price just because I know people will buy it. There’s no check for the prices of the products I sell. I wouldn’t be surprised if companies and stores did the same.”

Inskeep said he sees that phenomenon happen with other companies, too.

“I think Supreme is a special case to this just because their model relies on their extremely high prices, but other companies do this all the time,” Inskeep said.

Regardless of the current climate, Qi said people should be careful not to be nearsighted.

Qi said, “Finding a nice company or product makes life easier in the short-term, (but) don’t get trapped by not checking your other options once in a while.” 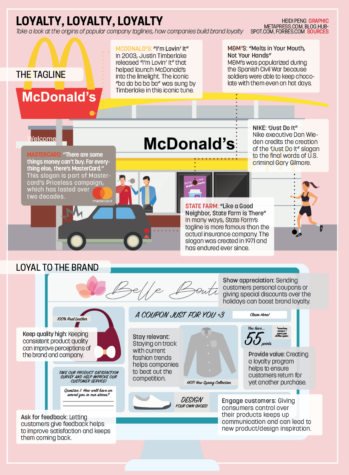