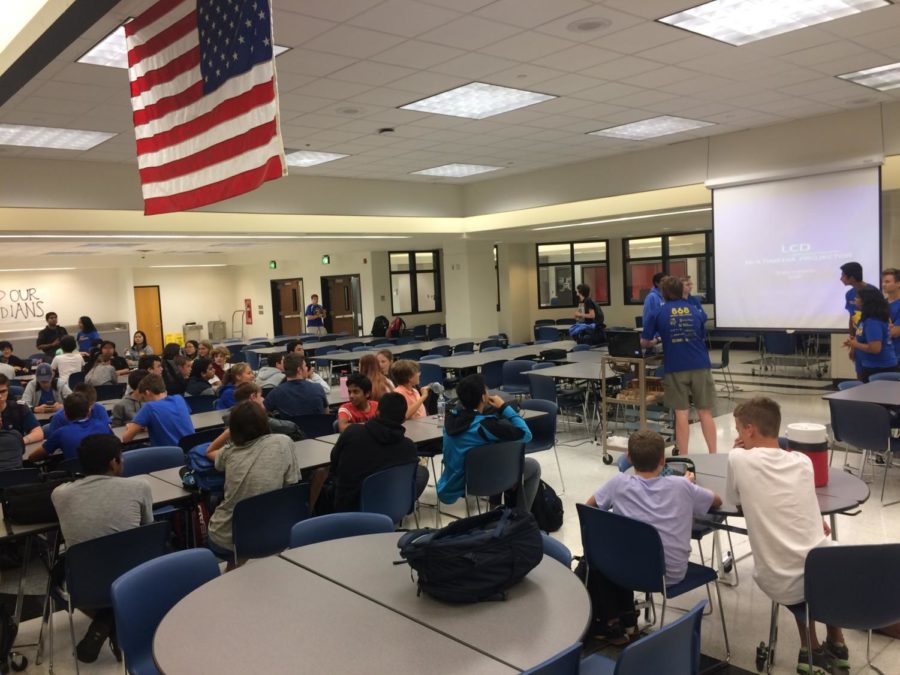 TechHounds meets for announcements before breaking out into divisions. Zachary Bonewit, head coach of TechHOUNDS and engineering teacher, said the divisions will continue to test and improve the robot before the team’s first competition on March 22.

TechHOUNDS had its first competition at Lafayette Jefferson High School on March 22. Zachary Bonewit, head coach of TechHOUNDS and engineering teacher, said the team has made substantial improvements since the end of the build season, which happened on Feb. 19.

“So, since our stop-build day, we’ve completely finished our practice robot, and we’ve been practicing three times a week for the last two weeks. We’ve got some really good practice in and found some things we really didn’t like and how they worked, so we’ve been making some periodic changes,” Bonewit said. “There are some minor changes that need to be made, but I think we’ve put together a solid robot.”

Click here to learn more about the game and the task the robot must complete.

“We’ll be working on the practice bot between now and then,” Forrest said. “You can’t upload code to the robot because it’s in a bag, so you can’t even turn it on. But, you can write code and work on code, and that can be uploaded later.” By James Yin